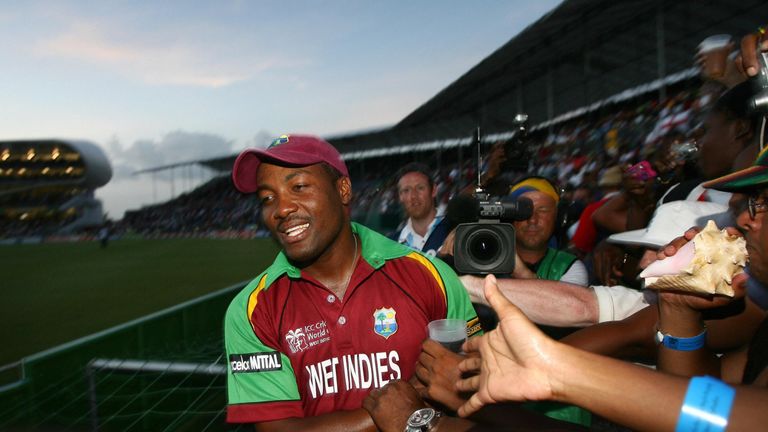 Brian Lara has revealed he is "going to be alright" after being taken to hospital in Mumbai with chest pains.

There were concerns around the world for the health of the West Indies legend and former skipper but the 50-year-old allayed any fears later on Tuesday.

Speaking on his Soundcloud account, Lara said: "I was taken to hospital and with the pain continuing I obviously had a lot of tests.

"I know there was a lot of concern about what's happening. I extended myself a bit too much in the gym and was feeling pain in the chest and I thought it best to see a doctor in hospital.

"I'm just chilling in my hospital bed watching Australia and England (in the World Cup). Hopefully Australia will restrict them and beat them! But I'm going to be alright.

"I'm just letting everybody I'm fine, recovering and I'll be in the hotel room (on Wednesday). The doctors have told me it's nothing major. Thank you for your concern."

Cricket West Indies confirmed the news earlier on Tuesday on Twitter, saying: "Our prayers and well wishes go out to former West Indies batsman and captain @BrianLara who has been hospitalized in Mumbai due to chest pains.

"On behalf of all of us at Cricket West Indies, we wish you a speedy recovery."

Lara is the leading run Test scorer in West Indies' history, and is seventh on the all-time list.

He also holds the record for the most runs in an innings when he scored 400 not out against England in Antigua in 2004.

Lara retired from international cricket in 2007, having played in 131 Tests and recording an average of 52.88.