"The mode of the defeat does not sit comfortably with me at all. To lose by an innings on a surface that wasn't really that tough - it's not good enough"

Alec Stewart told The Cricket Debate that England's innings thrashing by New Zealand in the first Test at Mount Maunganui was indefensible.

Joe Root's side were razed for 197 on day five at Bay Oval, after collapsing from 121-4 once Ben Stokes was bowled for 28 after lunch, with left-arm seamer Neil Wagner snaring 5-44.

Former England captain Stewart says the hammering does "not sit comfortably" and that the tourists should have made a much better first of saving the game.

Listen to The Cricket Debate below or download here...

"I will defend the players when I think I can do as I know how difficult it is but, I'm sorry, the size of this defeat and the way they played - or didn't play - I can't defend it," said Stewart.

"To lose by an innings and 65 runs on a fifth-day surface that wasn't really that tough and for Wagner to get five wickets and bowl you out. It's not good enough.

"The mode of the defeat does not sit comfortably with me at all. We effectively got bowled out in 53.4 overs - New Zealand batted for 201 overs in one innings. In two efforts England batted for 220. 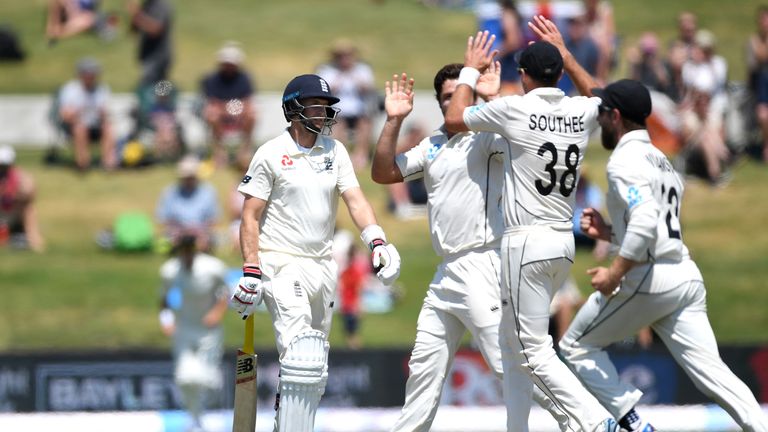 "We are not seeing improvements. Under Trevor Bayliss's Test regime it was very much about being positive and counter-attacking.

"Now, [under Chris Silverwood], it's about being patient, batting long and bowling with discipline.

"I know it's only one game but we need to see more consistency - I don't just want to hear words, I want to see actions that improve this England set-up."

New Zealand racked up 615-9 declared in their sole innings, with BJ Watling (205) and Mitchell Santner (126) sharing a 261-run partnership for the seventh wicket.

Tim Southee bagged four wickets in England's first knock of 353, while Wagner than flourished on day five as he secured his eighth Test five-for.

"If you picked a combined XI, Kane Williamson would walk in but who else would you take from the New Zealand side instead of England's? There wouldn't be that many," added Stewart.

"But they have shown us up, shown us how to play. They stuck to their plans better than us, played in a disciplined manner and had good field placings. They have almost put in a faultless performance."

Also on The Cricket Debate, in which Alec and host Charles Colvile were joined by Lancashire's former Durham and England seamer Graham Onions...

- whether England have lost the art of batting time? Graham thinks so...

- if Root remains the right man to captain England

- whether the Kookaburra ball should be used in English county cricket