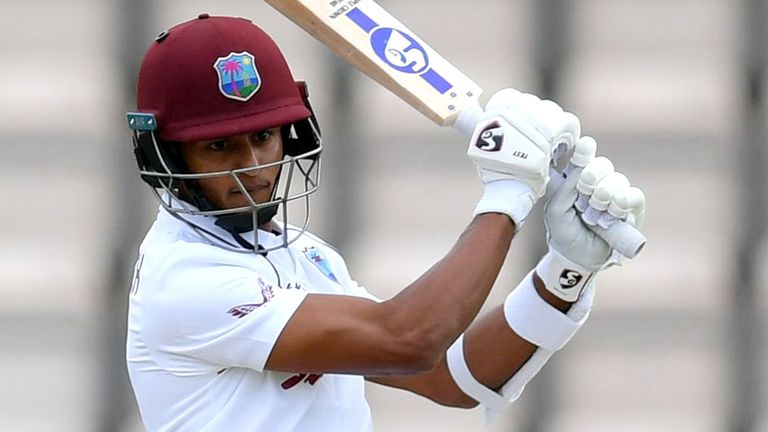 The #raisethebat first Test is heading for a thrilling finale at the Ageas Bowl after an enthralling fourth day but will it be England or West Indies celebrating at its conclusion?

Having started the day under pressure, England's top order batted patiently and by the end of the afternoon session it was Ben Stokes' side in the ascendancy.

However, the West Indies came roaring back after tea and a spell of 5-30 before the close to give themselves the edge going into day five. England's lead is 170 with just two wickets remaining but with the surface beginning to deteriorate, the game remains very delicately poised as the differing opinions on which side is will go on to win confirms...

"It should be tight if we bowl well tomorrow and hopefully get a few more runs. If we can get above a 200-run lead that would be very nice and give us a great chance of winning the game.

"Absolutely [we already have enough to work with], at the end there you could see the ball was doing quite a bit. They bowled quite well but the pitch was offering a bit of up-and-down bounce, so we'll work with that all day tomorrow and we've definitely got the bowlers to take 10 wickets on there.

"I think it is already very dry, we can see variable bounce and that is probably from the dryness, but I couldn't say how quickly it is going to dry. Hopefully it does [get dry quickly] for our sake, (Dom) Bessy is a very good spinner and he'll come into the game if it does dry out."

"I would even put my own money on the West Indies right now. I think they are in a very healthy position, the lead is 170 and they still have to get two wickets. We know anything is possible in this great game, those last two wickets could cost them 60 or 70 runs - or it could cost them five runs!

"I would think that if the West Indies are chasing anything under 220 then they should be going out there with a positive outlook. The pitch is not helping the batsmen because it is a little bit slow but all they have to know is that they can bat time. The last two wickets should not take a very long time so it should not be a case of chasing a score with a limited amount of overs or time. They can just go out there and bat.

"I see no reason why the batting line up that the West Indies have can't chase those sort of runs on this pitch.

"Even with that fragility at the top of the order we know that numbers four to 11, well not 11, forget Mr (Shannon) Gabriel, four down to 10 can contribute. We're not saying that the first three won't but even if they don't… I'm hoping that the top order will give the West Indies a good start and with (Shai) Hope batting where he's batting, the rest will contribute as well and help him along the way."

"I'm going with England, I'll take some of Mikey's money!"

Watch day five of the first #raisethebat Test between England and West Indies live on Sky Sports Cricket from 10.30am on Sunday.