"If the next Test after this series was Brisbane in the Ashes, would we send our best side? So why when it's the first Test against India, one of the great sides, aren't we sending our best team," says Nasser Hussain on England's rotation policy

England will play the first two Tests against India without Jonny Bairstow as the batsman is handed his rest period in a bumper year of 17 Test matches and a T20 World Cup.

But is that the right call from the selectors or should Bairstow be lining up against Virat Kohli's men in Chennai from February 5?

Sky Sports Cricket's Nasser Hussain has his say on a tough balancing act in a time of bio-secure bubbles, plus whether in-form seamers Stuart Broad and James Anderson should play together in India and England openers Zak Crawley and Dom Sibley's struggles against spin in Sri Lanka…

'England fans will want best side'

I would say it's a concern that one of England's best three players of spin - I would say Bairstow is alongside Joe Root and Ben Stokes in that - has been given a boarding pass home and the others are going to Chennai. I'd have to rethink.

It must be an absolute nightmare what the players have been through [during these Covid times] - they had the whole of last summer and then had the IPL. Then it was South Africa, now Sri Lanka, then India and then IPL again.

I get that and I am not downplaying it at all - it must be a nightmare for the selectors - but should you have your best side for that first India Test?

Should you be resting or rotating for India or do you turn up to the first Test of that India series, an iconic series, and pick your best side? 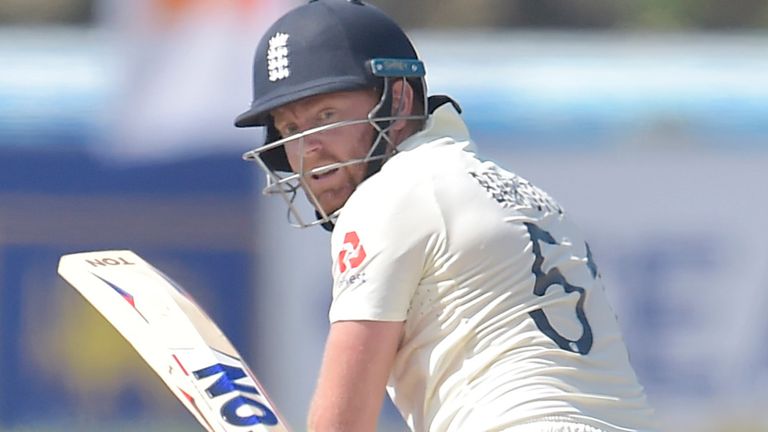 Make no mistake, this India series is going to be much tougher than the Ashes. This is probably one of the best India teams they have ever had. They have beaten Australia in Australia and England are potentially going in there without their best team at times. I would have picked the best team at the start and then reviewed.

England fans switching on when it is turning and England are 20-2 may well have the argument, 'I want to see our best batsman against spin, or one of them, in Bairstow'.

If the next Test after this series was Brisbane in the Ashes, would we send our best side? So why when it's the first Test against India, one of the great sides, aren't we sending our best team?

It is that balancing act of being fair to the public and winning what's in front of you and long-term planning all year.

I am not saying I have all the answers. The players have to go to the IPL because of the T20 World Cup in India later this year.

Anderson and Broad together in India?

Before this Sri Lanka series, I think England were thinking of having Broad or Anderson separate - Broad plays one Test, Anderson the next.

Various sides have made the mistake of trying to take on India with spin. Moeen Ali, for example, gets his wickets at 60 apiece in India. Even Shane Warne didn't bowl India out in India.

So we are maybe going to leave out Anderson or Broad and play the spinner in Dom Bess. Do you think that is the right thing to do?

If your spinner is Graeme Swann, I would say 'yeah, okay' but at the moment our seamers are out-bowling our spinners, so shouldn't we show faith in them?

I would find it very difficult to go up to either Broad or Anderson in the first Test against India in Chennai and say 'you are not playing but I'm playing Bess'.

England's seamers got 10 wickets at Galle [in Sri Lanka's first innings of the second Test] and the spinners didn't get one, so why are we leaving out one of our great seamers to play a second spinner who we're not sure of?

Anderson and Broad are learning new skills and are at the top of their game. They are bowling as well as they have ever done so I would probably want them both.

They have had a long rest - they had not bowled since August before the Sri Lanka series so it's not like we are bowling them into the ground. They don't play white-ball cricket so there is rest built in for these two.

Sibley and Crawley's struggles against spin

You have to give them a little bit of leeway, like with England's spin bowlers, as Crawley has been moved up the order from No 3 to open the batting, while they are both starting against spin.

You never know in Chennia but I think in India with Jasprit Bumrah etc that they will start against seam so they might have 20 before the spinners come on.

Watch day three of the second Test between Sri Lanka and England live on Sky Sports Cricket from 4.25am on Sunday.