India lead the series 2-1 following the first four Tests last summer; can England chase record target of 378 to square series? Watch day five at Edgbaston, live on Sky Sports Cricket, with coverage starting at 9.45am and play under way from 10.30am on Tuesday

England are 119 runs away from pulling off their highest-ever successful run chase in Test cricket, with seven wickets remaining, setting up a fascinating finale to the rescheduled fifth LV= Insurance Test against India at Edgbaston.

The red-hot Joe Root (76no) and Jonny Bairstow (73no) remain, both bringing up majestic half centuries late on the fourth evening, helping the hosts recover from a desperate spell either side of tea that saw them lose three wickets for two runs in 16 deliveries.

Prior to that, Alex Lees (56) and Zak Crawley (46) had got the innings off to a sensational start as they took less than 20 overs to put on a century stand, with Lees particularly impressive as he raced to a 44-ball fifty, his second in Tests.

Crawley, though not yet back to his silky shot-making best, displayed far better judgement outside his off stump, leaving superbly well, meaning the irony of his eventual dismissal - bowled by Jasprit Bumrah (2-54) without playing a shot - will not be lost on him.

The Indian fans, so silenced by the batting fireworks in the afternoon session, suddenly found their voice, and they erupted further when Ollie Pope (0) nicked off to Bumrah's first ball back after tea, with Lees following soon afterwards courtesy of a calamitous run out. 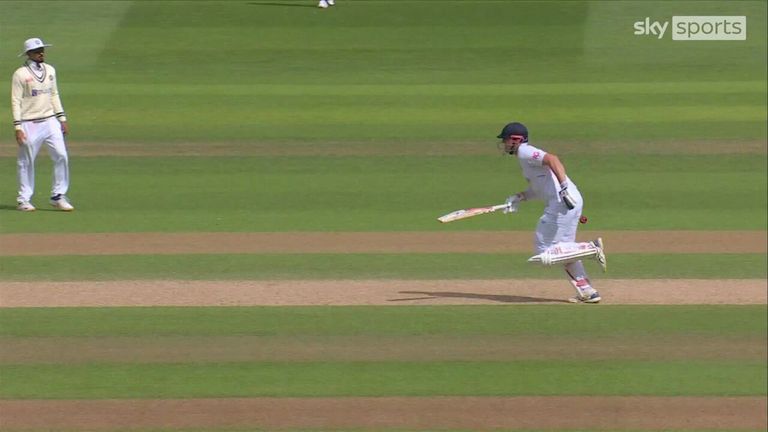 Root, who will have felt some guilt for his role in Lees' dismissal - having called his disorientated partner through while he was struggling to locate the ball off his inside edge - more than made amends, steering England safely to stumps at 259-3 without further loss.

With the series on the line - the visitors lead 2-1 following the first four Tests held last summer - it all makes for an incredible finish to the Test match on Tuesday. Watch it live on Sky Sports Cricket from 10.30am, with build-up from 9.45am.

Earlier in the day, India - resuming their second innings on 125-3, with a 257-run lead - had set their sights on batting long into the afternoon to firmly take the game away from their hosts, but instead were guilty of giving away their wickets. 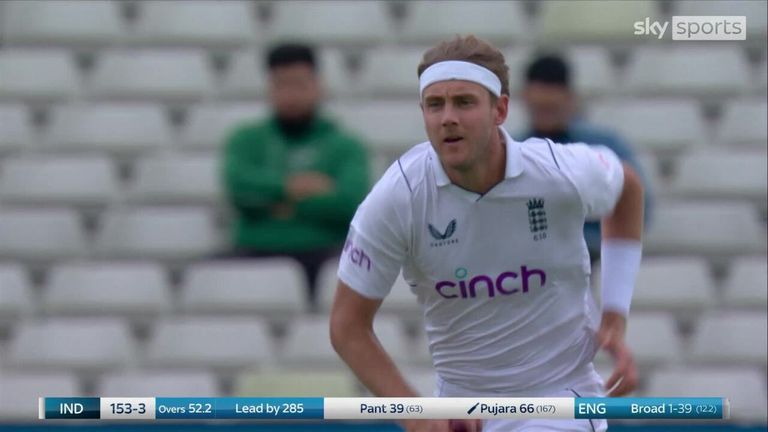 Cheteshwar Pujara (66), who had batted so patiently the previous evening, was the first to fall, slapping a harmless short, wide ball from Stuart Broad (2-58) to Lees at point.

Rishabh Pant (57), dropped on 45 by Crawley off Broad - a difficult chance diving low to his left - went through to a 10th Test fifty, but was a more subdued version of himself than the swashbuckling incarnation that fired 149 in the first innings. It was, however, one such extravagant shot that ultimately brought his downfall as he reverse-swept Jack Leach (1-28) straight to Root at slip, who showed remarkable reflexes to claim the catch.

Shardul Thakur (4) was also bounced out by Potts, having been disturbed by a blow to the helmet from the Durham fast bowler earlier in his spell. England's short-ball ploy that had been hammered to all parts in the first innings - Broad taken for a Test-record 35 runs in one over - was this time paying off.

Mohammed Shami (13) swatted away a couple of boundaries, but he and Bumrah (7) holed out when hooking Ben Stokes (4-33), either side of the England skipper bowling Ravindra Jadeja (23) to wrap up the innings soon after lunch.

Lees superb as England get chase off to a flier

It left England with a record chase of 378, but with Lees charging down the wicket Stokes-style to the Indian seamers and whacking spinner Jadeja (0-53) quickly out of the attack following just a four-over opening spell, it looked again like England would make light work of another stiff target this summer. 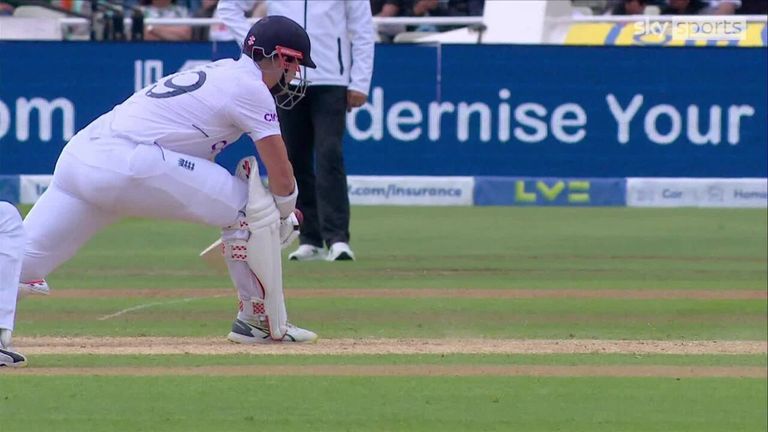 Lees fired eight boundaries to race to a 44-ball fifty, while the watchful Crawley eventually found some fluency with a couple of crisp drives through the covers as the hundred partnership came up in a flash.

India, rattled, finally found a breakthrough shortly before tea, Bumrah getting one to jag back in sharply off a length to Crawley, who shouldered arms one time too many and ruefully looked to the heavens as his off stump was knocked back. 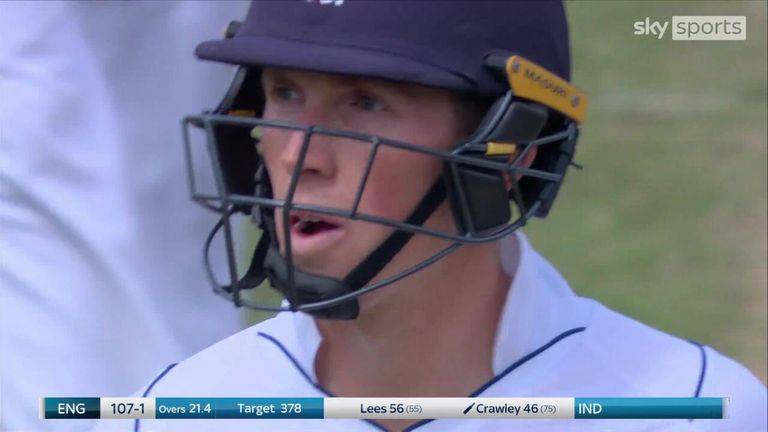 Pope dug out a brutal yorker first ball, but then had another peach of a delivery with his name on it as the evening session got underway and he couldn't help but feather an edge through to Pant.

With a now raucous Indian support in full voice, England swiftly lost another, the crowd noise perhaps even a contributing factor to the miscommunication between Root and Lees that resulted in the latter being run out.

Bairstow joined Root in the middle but, rather than immediately press on the accelerator as has often, and so successfully, been his way this summer, the pair got their eye in and absorbed the pressure before countering superbly late in the day to demoralise both their opponents in the field and their now hushed fans.

Bairstow did benefit from a couple of slices of good fortune, dropped on 14 and 39, but both were no more than half-chances, with the first fired at lightning speed through the outstretched hands Hanuma Vihari at second slip and Pant putting down the second sliding away down the leg side - Mohammed Siraj and Thakur the unfortunate bowlers.

Root and Bairstow reached fine half centuries off 71 and 75 balls, respectively, with Bairstow in particular going through the gears late in the day, handsomely hooking Siraj into the stands for six. Their partnership ticked up to 150 on the stroke of stumps and could well prove key to England securing a stunning final-day victory and squaring the series.

Stats of the Day

Only once have India lost a Test having scored at least 415 runs batting first. That was at Bangalore in 1998 when they scored 424 against Australia and ended up losing by eight wickets after collapsing to 169 all out second time round.

Sixteen teams have been set at least 258 in the fourth innings of a Test at Edgbaston. The only success came in 2008 when South Africa scored 283-5 to win. Ten teams have lost having been set such targets, with the other five matches drawn.

Watch the fifth and final day of the rescheduled fifth LV= Insurance Test between England and India, at Edgbaston, live on Sky Sports Cricket on Tuesday. Coverage starts at 9.45am, with play getting under way at 10.30am.