Joe Root on Ben Stokes: "It's been remarkable to see how far he's come. It looks very promising", England skipper also gives positive update on Stuart Broad ahead of The Ashes as seamer battles back from a calf injury; England play Australia in the first Test in Brisbane from December 8

Ben Stokes is "on track" to make his England comeback in the first Ashes Test in Brisbane, according to captain Joe Root.

Stokes is part of the advance party that has arrived in Australia to begin preparations for the series, completing three days of hard quarantine at a Gold Coast resort before beginning some gentle practice sessions at the nearby Metricon Stadium.

The star all-rounder was not named in the original squad having taken an indefinite break from the game to focus on his mental health and recovery from a badly fractured index finger, but ended his hiatus in time to join the first flight to Australia. 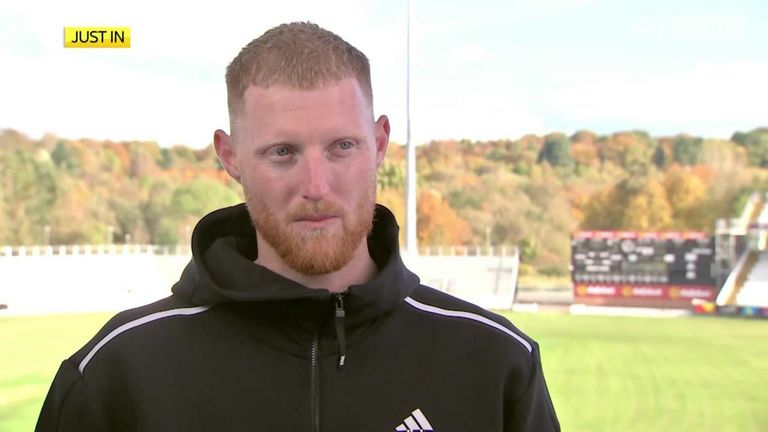 Stokes has not played competitive cricket since July but although England have been at pains to dial down expectations on his shoulders, it now seems inconceivable he will not take the field at the Gabba on December 8.

"It looks like he's on track and it's really exciting," said Root. "I really hope so. It's been remarkable to see how far he's come. It looks very promising.

"Ben has been fully involved in training the last couple of days. We've seen him at training, having him back amongst things is always great, so it's really nice to have him back involved.

"It has been very light, we are just trying to acclimatise as best we can. He's had a bat, a bowl, taken some catches, doing his fielding work slightly separately.

"It's managing that excitement and making sure we don't push him too hard so he's ready, as best as he can be, for that first game."

Root also offered an optimistic report on the fitness of Stuart Broad, who suffered a premature end to his summer campaign after tearing a calf in August.

The 35-year-old seamer is eager to make his mark against the old enemy, having enjoyed a fine series on home soil in 2019, and is making positive steps.

"He bowled today in the nets again - very light workloads at the minute, but it's good to see him back in and around things, and being able to get into it," said the skipper. "He's getting those workloads back up again. With all the bowlers really it's making sure that they are absolutely ready to go for that first Test match. We've got all options on the table."

The remainder of Root's Test squad, as well as head coach Chris Silverwood, will join the tour direct from Dubai next week after they lost their Twenty20 World Cup semi-final to New Zealand.

Jonny Bairstow, Jos Buttler, Dawid Malan, Mark Wood and Chris Woakes all played in that galling defeat, but Root does not expect to have any trouble lifting them for the next challenge.

"I think the series in itself will be enough of a way of doing that," he said. "It's a huge series, one that everyone wants to be a part of, one that people look forward to every four years.

"So yes, there'll be disappointment, but at the same time it's another great challenge and opportunity for us to go in and do something special."