"All he needs to do is reflect and think about what's next for him and what's his motivation and drive and desire." 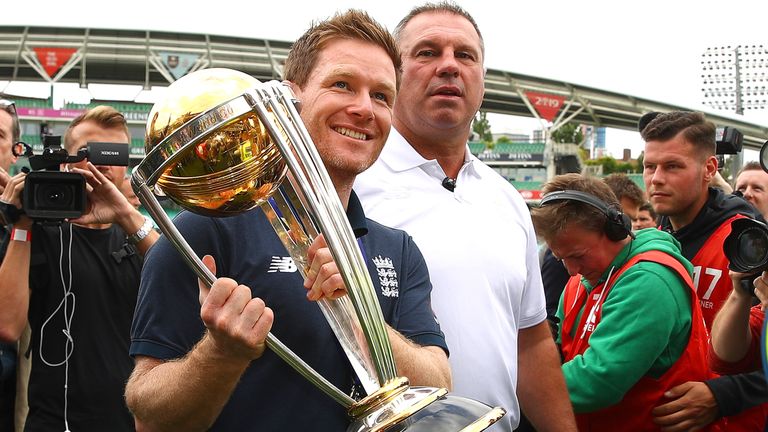 Andrew Strauss says England could not have won the World Cup without Eoin Morgan's dedication to the cause.

Under Morgan's captaincy, England have risen to No 1 in the ICC ODI rankings and clinched their first global 50-over title in a remarkable final against New Zealand at Lord's.

While Strauss insists that Morgan has more than earned the right to continue if he wants to, he added that if the 32-year-old feels he is unable to offer the same level of commitment over the coming years then he should consider his options.

"There is no doubt that if he wants to carry on then he will have incredible support from his team-mates, from the ECB and from the nation," Strauss told Sky Sports.

"All he needs to do is reflect and think about what's next for him and what's his motivation and drive and desire.

"If he has got that motivation then 100 per cent carry on but if he hasn't then pause for thought because the only reason that we won the World Cup is because he was so committed to what happened on Sunday. If that commitment is not there then it is a time for him to think."

Jos Buttler is currently England vice-captain in both red and white-ball cricket and should Morgan step down, Strauss believes the wicketkeeper-batsman would be towards the head of the queue to replace him.

"I think Jos is a very strong candidate. I think he's an unbelievable player, a very good cricket brain and very well respected within that dressing room," he said.

"So if Eoin does decide that this is the time - and I am in no way saying he should be thinking that, it's for him to make that decision - then Jos is always going to be one of the strong candidates."