You can watch the action across the week on the Sky Sports app - beginning at 7.30pm every evening 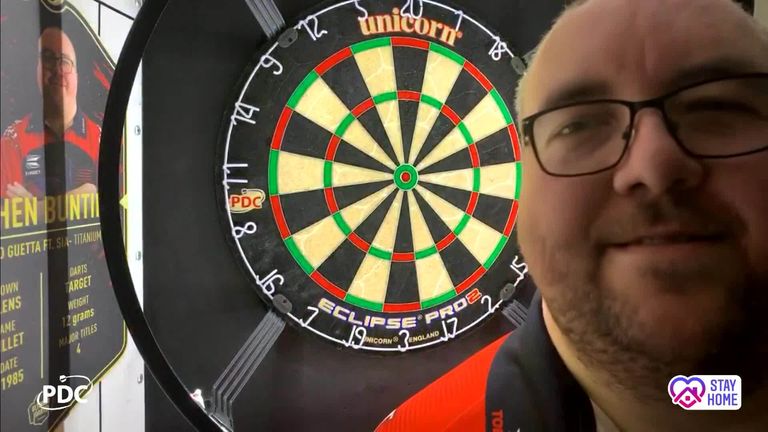 A look back at the story of Night 18 of the PDC Home Tour, which saw Stephen Bunting top the group ahead of Kim Huybrechts.

Stephen Bunting emerged victorious on Night 18 of the PDC Home Tour after topping a tight group ahead of Belgian Kim Huybrechts.

The Bullet became the latest player in the tournament to win all three of his group games as he led Huybrechts, PDC newcomer Harald Leitinger and world No 96 Nathan Derry.

Bunting's victory was confirmed in the final match of the night when he reeled off the three legs he needed against Derry to edge out Huybrechts. It was meanwhile an impressive introduction for Austria-based Leitinger, who earned praise from Bunting having only earned his Tour Card back in January.

Bunting overturned a 4-2 deficit to beat world No 134 Leitinger 5-4 in the night's opener having produced a superb 170 set-up to leave himself tops to make at 4-4. He followed that up with a slick 13-darter to claim two points and take his average close to 101.

World No 36 Huybrechts held off a fightback from Derry to pin double two for a 5-2 victory after his opponent had bust on a 40 checkout that would have sent the game into an eighth leg.

Derry's evening was all-but over immediately after as he suffered a 5-0 whitewash against Leitinger, who started with three successive 18-dart legs to put himself in the ascendancy. 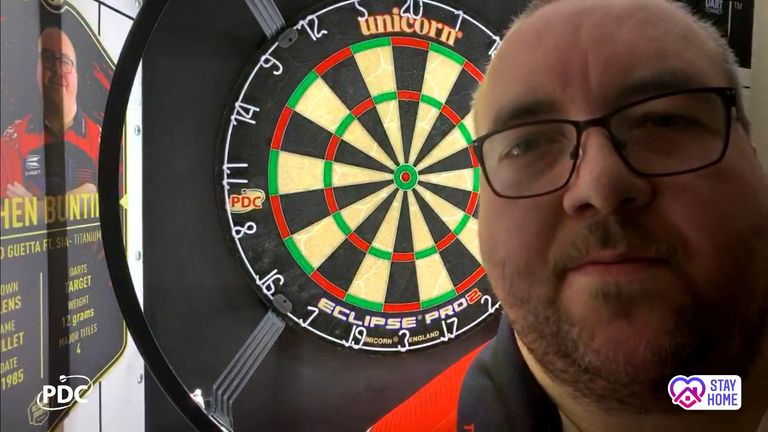 Premier League rivals back in 2015, Bunting and Huybrechts faced off in what had been expected to be one of the tighter contests in the group. Instead, it was Bunting who ran out a 5-1 winner thanks to a decisive 11-darter to finish it after building a 4-0 lead early on. Though a mere consolation, in the end, Huybrecht's sole leg had stemmed from an impressive 149 checkout.

Huybrechts then put pressure on Bunting at the top with a 5-1 win over Leitinger after producing a group-high 102 average, having wrapped up the two points with a 14-darter.

Needing just three legs to clinch the group, Bunting did just that against Derry on his way towards a comfortable 5-1 win.

The action continues on Tuesday night, with Glen Durrant and Justin Pipe competing in Group 19.