"I've had a bigger lead already in the championship and that disappeared within two race weekends," warns Verstappen despite points advantage being at 19 ahead of Brazil weekend; watch the Sao Paulo GP - and return of F1 Sprint - this weekend live only on Sky Sports F1 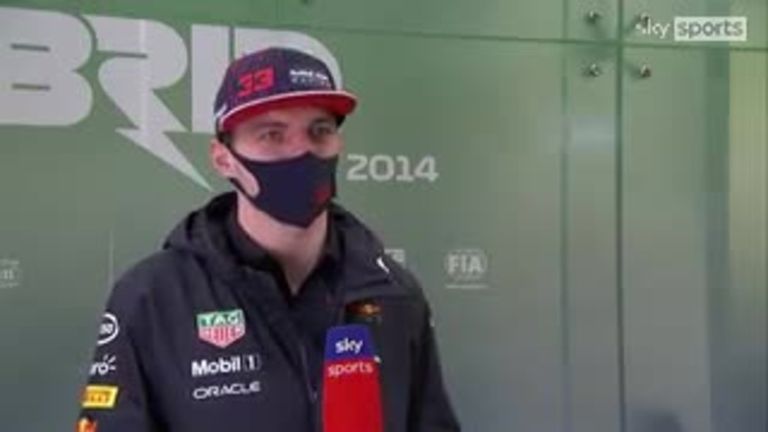 Max Verstappen says he is "really enjoying the moment" into the decisive closing phases of his bid for a maiden Formula 1 title and shrugged off the impact of sprint weekends on his season so far, as the trial format returns for the final time this season at the Sao Paulo GP.

With five weeks left of what has been a gripping title duel between Verstappen, the challenger, and Lewis Hamilton, the reigning champion, it is the Red Bull driver who leads by 19 points after winning for the ninth time this season last weekend in Mexico.

At the start of the second leg of a triple header that concludes next week in Qatar, Verstappen arrives in Brazil as the defending winner from F1's last visit in 2019 and with a strong past record at Interlagos.

"It's been quite good to us in the past so I'm looking forward to being here again," said the Dutchman.

"There are not many corners around here but with the altitude still being a little bit high that's normally good for us. But when you look back at '19 it was quite a tough battle with Lewis anyway so I expect the same again."

Asked if the lower altitude than Mexico City last week would mean Mercedes are closer to Red Bull on outright pace here, Verstappen replied: "One hundred per cent. The altitude in Mexico is extremely high and here's a little bit less, so naturally they will be faster."

Maintaining his focus on one race at a time, Verstappen did nonetheless admit Red Bull were "looking good" - although stressed: "In four races a lot of things can happen.

"I've had a bigger lead already in the championship and that disappeared within two race weekends. We have to again try do the best we can do here and then after this weekend we will try to win the race."

That bigger lead was 33 points after the first-ever sprint race back at Silverstone in July. But that was down to just eight a day later after the acrimonious opening-lap collision between Verstappen and Hamilton in the main Sunday grand prix.

Hamilton was then ahead by eight points after the next race in Hungary, when Verstappen was side-swiped in a turn-one incident triggered by Valtteri Bottas.

At the next sprint event at Monza in September, Verstappen finished second in the Saturday race but then again went home with no points on the Sunday after he collided with Hamilton and both cars retired.

But Verstappen said the fact both incidents happened on sprint weekends was coincidental.

He added in the press conference: "It's just a bit unfortunate that it happened during the two sprint races.

"The first crash, it is what it is, and the second one is also because we had a slow start and very bad pit stop, and that's why we got into that situation in general." 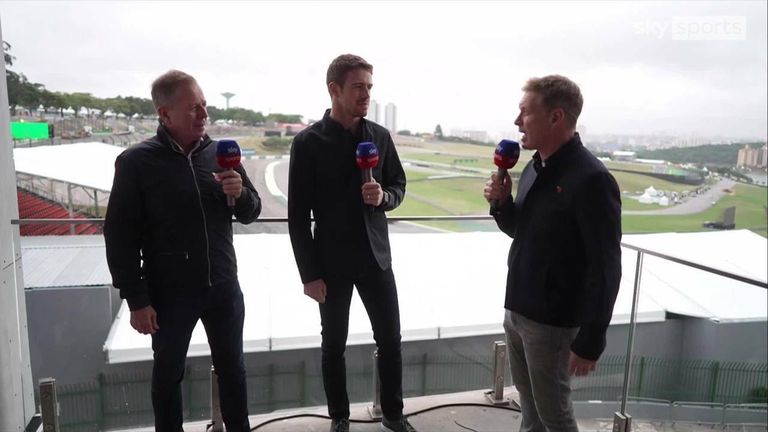 Nonetheless, Sky F1's Martin Brundle believes Verstappen will be wary of what happened in the previous two weekends with this revolutionary format.

"Max will be slightly nervous of the sprint format," says Brundle. "He's scored five out of a maximum six points available in the previous two at Silverstone and Monza, but in both the races the following day crashed with Lewis.

"So he'll need some points on race day as well to go with the qualifying points.

"It [the format] should work well here. Plenty of overtaking opportunities into Turn One and then down into Turn Four as well."

While Verstappen has not been to get ahead of himself in the championship battle, the Dutchman did give an early answer to one burning question associated with title winners - would he bring the famous number one back to his car, as is a reigning champion's right?

Since standard driver numbers were introduced seven years ago, the number which traditionally signalled who the previous year's title winner was has only been used by Sebastian Vettel in 2014. Hamilton has always stuck with his personal number 44, while Nico Rosberg retired immediately after he won the 2016 crown.

"How many times do you have the opportunity to drive with number one?" said Verstappen, who races with number 33.

"And it's good for merchandise as well! It's smart to do that."