Hearing to see whether Mercedes' challenge is deemed admissible by the stewards to be heard at 2pm GMT on Thursday; Mercedes and Red Bull representatives summoned; Mercedes argued that Verstappen should have been penalised, while Red Bull are understood to be surprised about challenge

Mercedes' request for the decision over the Max Verstappen-Lewis Hamilton controversy in the Sao Paulo GP to be reviewed will be heard on Thursday in Qatar.

F1's world champions lodged the challenge on Tuesday, just hours after new footage was released of Verstappen's on-board camera during the Turn Four incident on lap 48 of last Sunday's race.

Verstappen and Hamilton both ran off track in the incident, with the Red Bull braking late and holding the inside line as he defended the race lead from his Mercedes championship rival.

Race Control 'noted' the incident at the time but soon ruled that no full stewards' investigation was required.

Hamilton still ended up winning the race by overtaking Verstappen in a later move but Mercedes were left unhappy about the decision not to penalise the Dutchman, feeling he had unfairly forced their driver off the track.

Having exercised their right to ask for a review ahead of this weekend's inaugural Qatar GP, Mercedes must now show stewards that "a significant and relevant new element" of evidence in the case has been discovered which was "unavailable to the parties seeking the review at the time of the decision concerned".

FIA race director Michael Masi confirmed after the race that officials in Race Control did not have access to the forward-facing camera in Verstappen's car at the time. If that is one of the central pieces of 'new' evidence that Mercedes present, then the stewards must agree that it is both "significant" and "relevant".

Only then, if those criteria are met, would the case be formally reopened and a second hearing called. 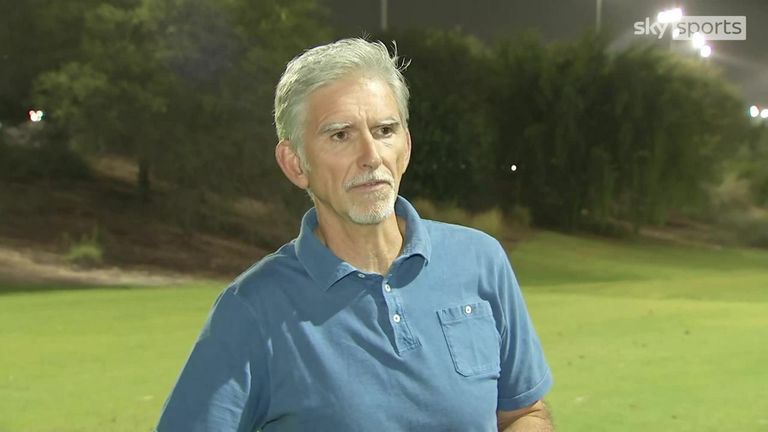 Mercedes and Red Bull have each been summoned to meet with the stewards and can call up to three witnesses to the initial hearing, which will be held by video conference. Their respective call-ups could include Hamilton and Verstappen.

The case will be heard at 2pm UK time on Thursday, on the opening day of F1's first-ever weekend at the Losail International Circuit on the outskirts of Doha.

Red Bull boss Christian Horner described the incident as "hard" racing and did not believe it warranted a penalty, with the team subsequently understood to be surprised that Mercedes initiated the right of review request as they believe the newly-released in-car footage supports their original view.