Sergio Perez crashed into the barrier on his final flying lap of Q3, causing a red flag; Carlos Sainz shunted into the back of the Red Bull; watch the Monaco GP, F1's most famous event, live on Sky Sports F1, with Sunday's race at 2pm and build-up at 12.30pm 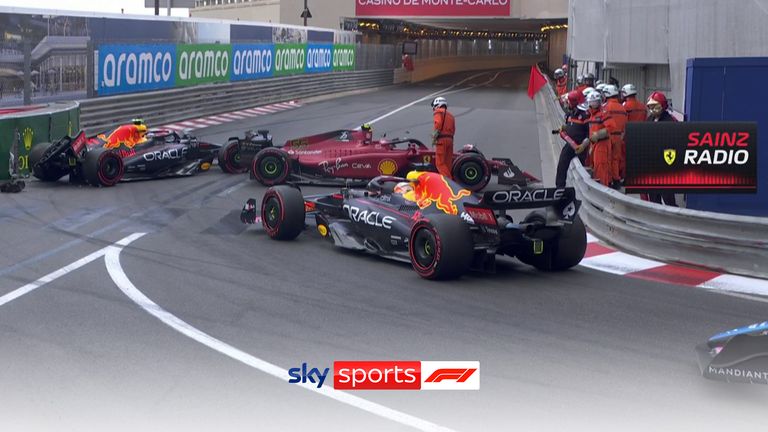 Sergio Perez apologised to Red Bull for his late crash in Monaco GP qualifying and hopes his car can be repaired following the bizarre Carlos Sainz shunt.

​​​​​​After trading times with Charles Leclerc in the final practice session earlier in the day, Perez seemed confident he could compete for pole and went on his final flying lap of Q3 in pursuit of improving his third-place time.

However, in the middle of the lap, Perez lost control of the rear at Portier, sliding into the barrier and prompting a yellow flag which came too late for Sainz to fully react, with the Ferrari then shunting into the back of the Red Bull and adding to the damage.

Perez was clearly disappointed with how his Qualifying session unfolded and fears his team must urgently repair his car in time for Sunday's Grand Prix where he will start just in front of his teammate Max Verstappen on the second row. 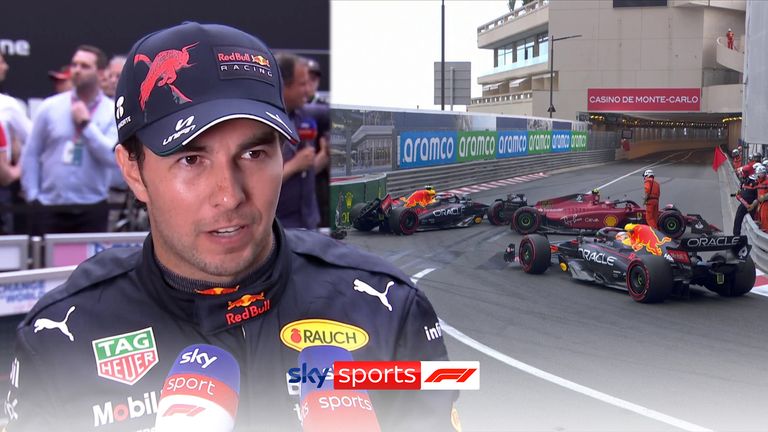 "It was important, we had a very solid base in P3 we were there, and we knew we were going to attack every single lap," said Perez.

"But, in Q3 when it mattered, on my final stint and my final lap it was very poor.

"People were not respecting the delta and I ended up with +4 seconds time delta and was behind one of the Ferraris.

"My rear tyres were on the cold side, I nearly lost it into turn one but it was going well up to eight, I thought it might come back to me in the second and third sector.

"Turn eight was one of the corners I was losing the most so tried to anticipate the corner and get back on the throttle early, and as soon as I touched the throttle I became a passenger.

"Really disappointed it ended up that way, my boys have a long night tonight so I'm very sorry for them. But we're still in a good position and hopefully tomorrow we can score a good amount of points.

"It looked bad, especially when I got hit after by Sainz; it was only the rear side but now it's also the front right so not ideal.

"It certainly looked bad at the rear, what made it worse was the hit from Carlos so we have quite a bit of damage. We'll see. It should be OK for tomorrow."

Carlos Sainz: I did everything I could

The yellow flags had been waved after Perez's crash, but Sainz was quick to shut down any suggestion he could shoulder any blame for hitting the back of the Red Bull. 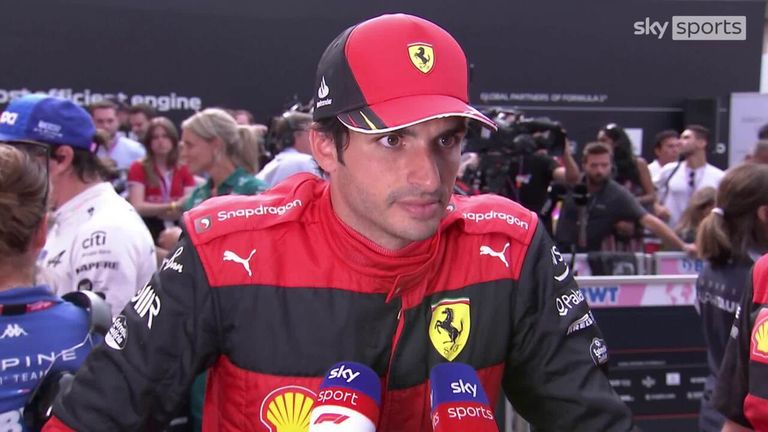 "No, look I am a Formula One driver, I have pretty good reflexes and I did everything I could to avoid that crash," said Sainz.

"The yellow flag is on the far left and you are looking right so you don't even have really time to see the flag and on top of that to actually react to a late yellow flag like I had there so it's how it is.

"I am surprised that this is even a question really. I shouldn't even be looked at because I did the best I could to avoid the crash."

Despite the dramatic scenes at the end of Qualifying, the Ferrari man remains confident in second on the grid and believes he would have been competing with his team-mate Leclerc for pole if the collision hadn't occurred.

He added: "Yeah it was a great build-up through the Qualifying up until Q3 and congrats to the team and Charles for a great result.

"But at the same time, it was a shame that that was the lap that counted because and in Q3 I only ran one lap because I had to overtake the Mercedes in the push lap, there was quite a lot of dirty air.

"Monaco is difficult and what happened today and it is a bit of a shame but we will take it."