By James Galloway at Hockenheim 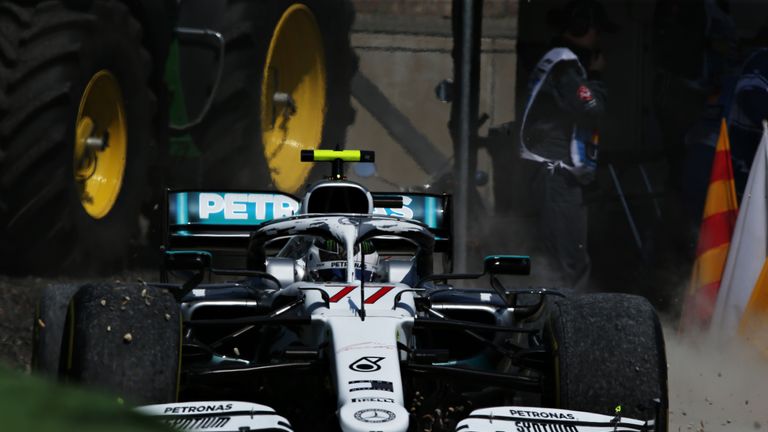 Sebastian Vettel topped an F1 timesheet for the first time in four races as Ferrari outpaced Mercedes in Practice One at a sweltering German GP.

Vettel, beaten by team-mate Charles Leclerc in each of the last three events and under the spotlight again after crashing into Max Verstappen at Silverstone, set the early pace at his home race by just over 0.2s from Leclerc on a 1:14.013.

Mercedes' Lewis Hamilton and Valtteri Bottas were third and fifth respectively, but the world champions set their quickest laps on the slower medium tyre.

Ferrari and Red Bull, fourth with Verstappen, were on the faster softs.

Celebrating their 125th year in motorsport, Mercedes have caught the eye with a split white and silver livery - but it is the aero upgrades on the championship-leading W10 which will have more material effect on the timesheet this weekend.

New parts including new bargeboards and tweaks to the front and rear wing were debuted in P1, with both Hamilton and Bottas clearly pushing the limits and running wide through the gravel at the final corner.

Bottas then ran through the gravel at the Sachs Kurve in the final minutes, doing well to avoid the barriers and return to the track and the sanctury of the Mercedes garage. 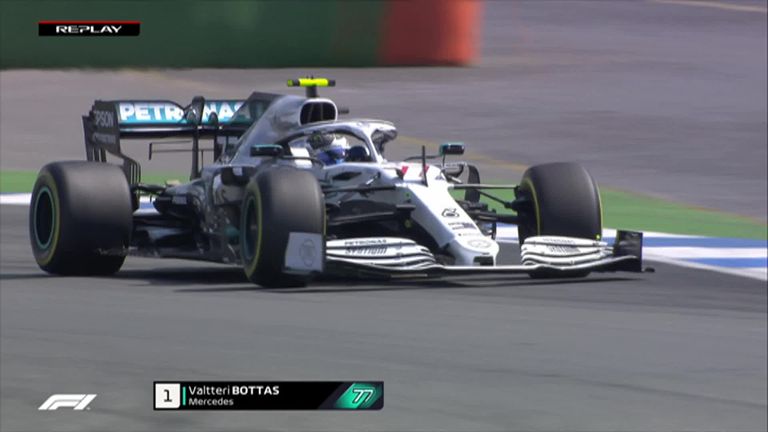 Competitive start at Hockenheim
In keeping with much of Europe, Germany is currently sizzling in stifling conditions - with air temperatures expected to reach 40 degrees at Hockenheim by the time of Practice Two from 2pm.

However, forecasts for Saturday's qualifying and Sunday's race days are noticeably cooler - with the added spectre of rain showers. That means Friday's conditions are unlikely to prove completely representative, although the early timesheet offers promise for a competitive weekend ahead.

Seven of F1's 10 teams had at least had one car in the top 10 of P1, with McLaren's Carlos Sainz just ahead of Haas' Romain Grosjean at the head of the midfield. 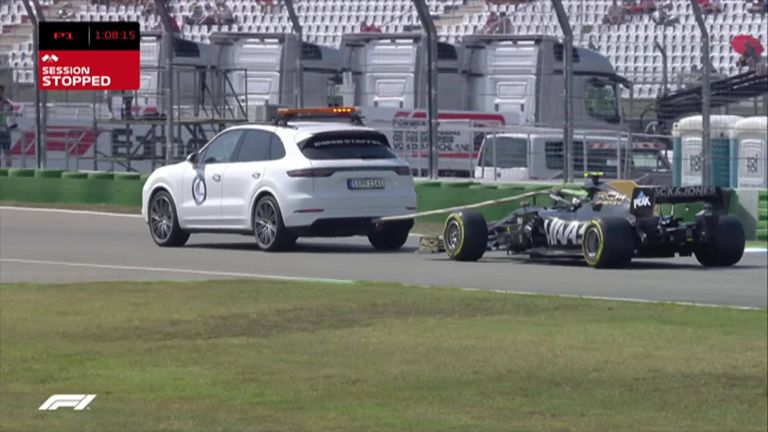 Grosjean's eighth-quickest time served as an early boost for Haas after a run of troubled races, although their session began with a glitch on Kevin Magnussen's VF-19 causing the Dane to stop on track on his first lap.

Lance Stroll, whose Racing Point team have brought a big package of new parts in an attempt to kick-start their 2019, was ninth ahead of Renault's Daniel Ricciardo, who spun late on.

Lando Norris was outside the top 10 in 12th for the second McLaren, but he too ran the medium tyres.

Watch the German GP live only on Sky Sports this weekend. Find out more here to watch the 2019 season live