Kieran Trippier has signed a two-and-a-half-year contract with the option of a further year; Newcastle and Atletico agreed a deal following smooth and positive talks on Tuesday; the England international becomes the first signing under the new Saudi owners of Newcastle 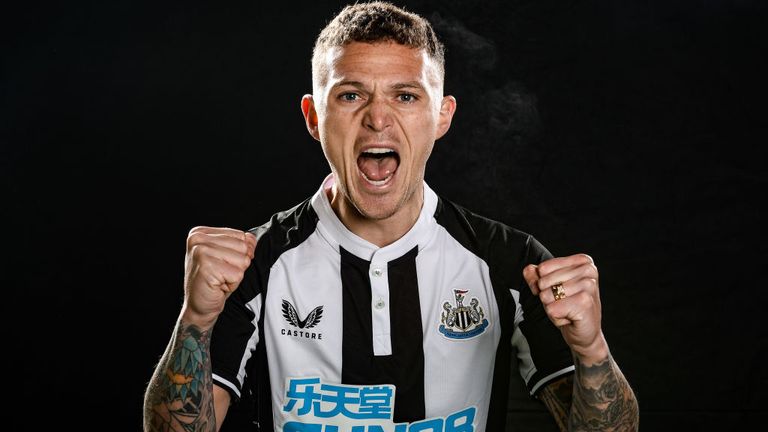 Newcastle have signed right-back Kieran Trippier from Atletico Madrid for £12m, plus add-ons.

The England right-back has signed a two-and-a-half-year contract with the option of a further year.

Trippier flew into Tyneside on Wednesday in a private jet following the conclusion of smooth and positive talks between the two clubs on Tuesday.

The club are paying £12m plus add-ons to make the 31-year-old the first signing under Newcastle's Saudi owners.

Newcastle have been granted clearance regarding Trippier's availability and he will be able to make his debut for the team against Cambridge United in the FA Cup third round on Saturday.

Atletico hoped Trippier would stay, but the former Tottenham defender made it clear he wanted to return to England.

The Spanish champions are now considering making a move for Arsenal right-back Cedric Soares as a replacement for Trippier.

The proposed deal would be a loan with an obligation for Atletico to make the deal permanent.

Trippier: 'People say it's about money? They're entitled to their opinion' 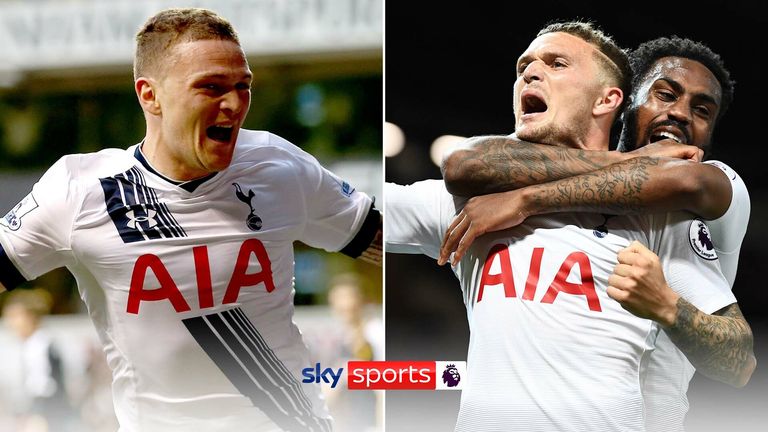 As Kieran Trippier returns to the Premier League with Newcastle, we take a look back at all of his goals and assists in the English top flight.

In his first press conference after signing for the club, Trippier downplayed any suggestion that financial reasons were involved in his decision to move to Newcastle.

"People say it's about money? They're entitled to their opinion," the defender said.

"My family are most important. I wanted a project and a challenge. I'm brave, I don't see this as a risk. I've got my reasons, I know them, and money isn't one of them. I'm excited."

The full-back said he feels "no pressure" in being the first addition under Newcastle's new owners, and is also interested in making his way back into England manager Gareth Southgate's plans.

"I'm still ambitious and I still want to get into the England team - I know I'm up against Reece James, Kyle Walker and Trent (Alexander-Arnold) and I think I can still handle the pressure."

Trippier admitted that Newcastle's "main aim" for this season would be to "stay in the Premier League" but added that there is excitement around the club's long-term project which he is happy to be a part of.

The 31-year-old believes he can "be a leader in the dressing room with my experience" and wants to "help as much as I can on and off the pitch."

Howe added: "I am really pleased to welcome Kieran to Newcastle United. I have long admired his abilities and have followed his career, so when the opportunity arose to secure him, we didn't hesitate.

"A lot of hard work has gone into planning for the January transfer window long before the month began, which is clear in how quickly we have been able to complete this move."

Newcastle's owners hope to recruit at least three more players this month as they look to keep the club in the Premier League.

They have submitted an improved offer for Lille defender Sven Botman.

Botman, who is valued at over £25m (€30m) and has three years left on his deal, is Newcastle's primary centre-back target.

Norwich City midfielder Todd Cantwell is another target, but they face competition from an unnamed Premier League club.

Newcastle are second-bottom in the table and two points from safety after 19 league matches this season.

Could Lille be tempted to sell Botman in January?

"It looks like Botman is keen on this move. On Instagram there are various posts on this story, saying Newcastle have made an improved offer, and one of the likes came from Botman. Read into that what you will.

"Lille do not want to sell, but they have got financial problems. So, is there a situation where they could be forced into selling.

"There was one contact I have spoken too who has contacts at Lille and he said it is a case of when and not if players like Botman, Jonathan David and Renato Sanches leave the club, but his understanding was that it would more likely be in the summer.

"But if Newcastle come up with an offer that Lille would have to look at and say we can't refuse it, don't rule this one out." "It's fantastic news for Newcastle fans.

"I think other players that have been contacted by Newcastle will now be looking at Kieran Trippier and thinking, 'Well, he's an England international, he is going to make that squad much stronger, he's improved their chances of staying up. Maybe I should be looking at that as well. If he's up for it, maybe I should be up for it as well'.

"It's also really significant that they've done this early in the window, because we know they've got some big, big games coming up and Kieran Trippier is 100 per cent fit, and it looks like he is 100 per cent committed and up for the challenge."

Analysis: What will Trippier bring to Newcastle?

Newcastle set an unwanted record in 2021: the 80 goals they conceded was the most ever recorded in a calendar year by a Premier League team. This season, in their first 19 matches, they have let in 42 - only eight sides have ever let in more at that stage in the Premier League.

That leakiness has proved costly, with Newcastle dropping more points from winning positions than any other side in this campaign.

Throw in the fact that Newcastle have allowed more shots on their goal than any other Premier League team this term and the picture is plain: this is a defence which badly needs reinforcements in January.

Eddie Howe - who has not been able to orchestrate a significant improvement in that department since taking over from Steve Bruce - has turned to a familiar face for help.

Howe coached Trippier for two seasons in the Championship when both were at Burnley 10 years ago. Since then Trippier has gone on to become one of Europe's top right-backs, reaching a Champions League final with Tottenham before winning La Liga last season with Atletico Madrid, where Diego Simeone's coaching has improved his defensive skills.

Trippier's reliability and creativity from crosses and set-pieces have made him a favourite of England boss Gareth Southgate, too, who turned to him at key moments throughout the team's run to the Euro 2020 final last summer before handing him the captain's armband for the World Cup qualifier with Andorra in October.

Trippier will add leadership, experience and quality to the backline. Newcastle will need strengthening in other areas too but it is a transfer that boosts their hopes of securing Premier League survival. 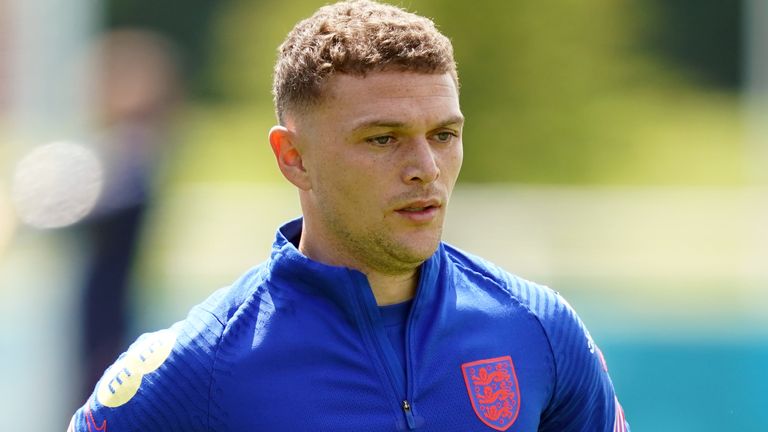 "We knew the interest from Newcastle towards Trippier before the transfer window. Fans were a little bit apprehensive before it got across the line, but it's an amazing signing.

"I think he's a fantastic player and he's a great acquisition for the club. Let's just hope he's one of a few that comes through in this January window.

"How many windows during Mike Ashley's tenure did Newcastle not even feature? They've never been linked with anybody so for the new owners to come in and do what they said they were going to do is fantastic news and there's a fair few days left in the market to attract quality players as that's what the team needs.

"They're in a poor predicament so he has to be only the first if the club are going to stay in the Premier League."