Plus: England star Jude Bellingham will tell Borussia Dortmund he wants to leave the club after the World Cup; Paris Saint-Germain will step up their bid to land Manchester United forward Marcus Rashford; the deal for Tyson Fury to fight Oleksandr Usyk is "almost done"

All the top stories and transfer rumours from Friday's newspapers...

Kieran Trippier has urged Gareth Southgate to remain as England boss for as long as possible.

Real Madrid have reportedly beaten their rivals to the £51m signing of Brazilian wonderkid Endrick.

England star Jude Bellingham will tell Borussia Dortmund he wants to leave the club after the World Cup, according to reports.

Liverpool boss Jurgen Klopp reportedly asked the board a few months ago to sign a player like Sofyan Amrabat in January.

FIFA has become embroiled in a series of legal disputes with the Qatari authorities with relations between the two main World Cup organisers at an all-time low as the tournament reaches the quarter-finals.

Juventus will be welcomed back into the fold of Europe's elite clubs following their leading role in the rebel European Super League at a Board meeting of the European Club's Association in Doha on Friday. 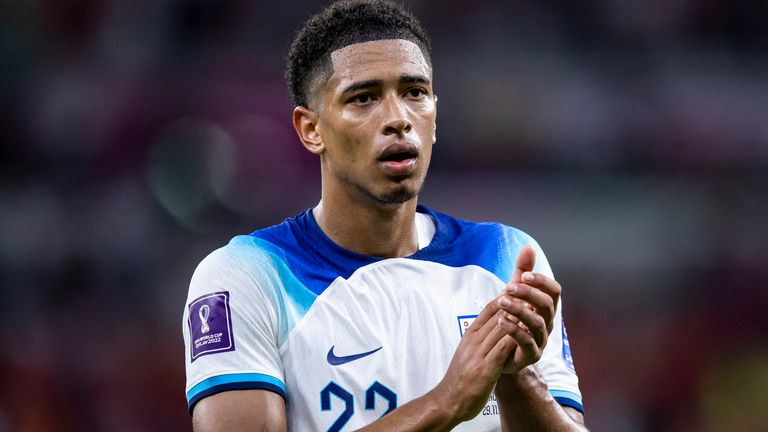 Manchester United's former assistant Rene Meulensteen has lauded Portugal manager Fernando Santos for how he has handled Cristiano Ronaldo at the World Cup.

Harry Maguire's threat from set-pieces makes him the man France must devise a plan to stop, according to daily French newspaper L'Equipe.

Manchester City star Erling Haaland looked in prime condition as he returned to training ahead of the Premier League's restart and insists that missing the World Cup has put him in 'the best possible place'.

The Football Association are close to appointing former policeman Steve Lewis as the new head of security for the England team.

The World Cup is facing the possibility of a serious crowd incident following a number of chaotic scenes involving supporters and unprepared Qatari security forces.

Argentina boss Lionel Scaloni fumed after team news was leaked from his side ahead of their World Cup quarter-final clash with Holland.

Mikel Arteta will wait to see how star striker Gabriel Jesus recovers from knee surgery before deciding on making a new big-name signing in next month's transfer window.

Paris St-Germain president Nasser Al-Khelaifi is poised to step up his bid to land Marcus Rashford after the Manchester United forward's goalscoring form at the World Cup.

The Professional Footballers' Association has demanded safety rules around advertising hoardings are "fully reviewed" after a second player suffered a serious head injury colliding with one.

Leicester Tigers will demand £2m in compensation from the Rugby Football Union should the governing body attempt to raid their coaching staff.

The England and Wales Cricket Board are set to act upon one of the recommendations of the High Performance Review by implementing use of the Kookaburra ball in the County Championship next summer. 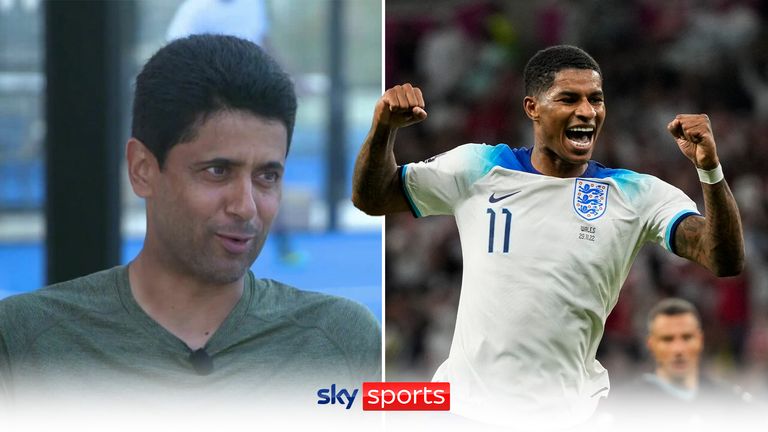 PSG president, Nasser Al-Khelaifi has suggested his club will try to sign Manchester United forward, Marcus Rashford in the summer on a free transfer

Manchester United wonderkid Alejandro Garnacho is reportedly being lined up for a move by Real Madrid.

Gareth Southgate is ordering his England stars to avoid a silly red card which could KO their World Cup dream.

Following the disappointment of missing out on Endrick, Chelsea have turned their attention to signing Borussia Dortmund star Youssoufa Moukoko.

Claims that John Textor's takeover of Lyon has collapsed have been dismissed as "fake news" by the Crystal Palace co-owner, with the French club confident a sale will "take place shortly".

Graham Potter has said Chelsea's players who have already been eliminated from the 2022 World Cup will link back up with the rest of the squad in England next week.

The deal for Tyson Fury to fight Oleksandr Usyk is "almost done" and the undisputed heavyweight clash could be held as soon as late February in Saudi Arabia.

Wolverhampton Wanderers' Chinese owners are looking for a new investor in the club but insist they will not entertain any takeover offers despite financial pressures on their main business.

Manchester United are exploring the possibility of signing Cody Gakpo in January but his price tag has doubled since the summer.

David Martindale, the Livingston manager, says that Rangers were "easier" to play against when Giovanni van Bronckhorst was in charge.

Courtney Lawes will return for Northampton Saints on Saturday against La Rochelle after more than 10 weeks out due to a head injury. 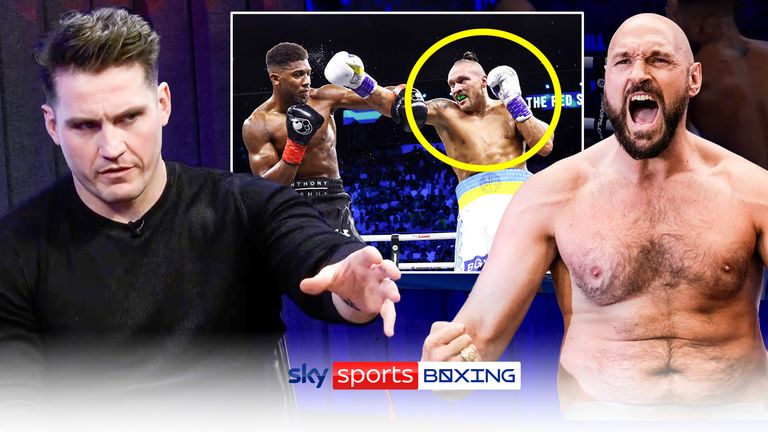 Shane McGuigan, Gary Logan join Andy Scott as they look back at Oleksandr Usyk's wins over Anthony Joshua and pinpoint the advantages for Tyson Fury

England wives and girlfriends have been lending their support to Raheem Sterling's family as he prepares to fly back to Qatar.

Celtic could be set to add to their midfield ranks yet again with Ferencvaros midfielder Aissa Laidouni the latest star to be linked with a move to the Scottish Premiership leaders.

Barry Ferguson has accused Rangers recruitment chiefs of botching a bargain basement deal for his own nephew - and pricing themselves out of signing him in the future.

Rangers could complete another MLS raid as they have been linked with a move for San Jose Earthquakes midfielder Jan Gregus.

Rangers will look to extend Robbie Ure's Ibrox contract over the coming weeks, according to a report.

Liquidators of Rangers' old operating company have finally settled their dispute with the tax authorities - after agreeing to a £56m deal with HMRC.

Ryan Porteous is a January target for at least six English Championship clubs, however Rangers will not make a move for the Hibs defender.

Celtic's Yosuke Ideguchi is set to be offered the option of a January return to Japan.