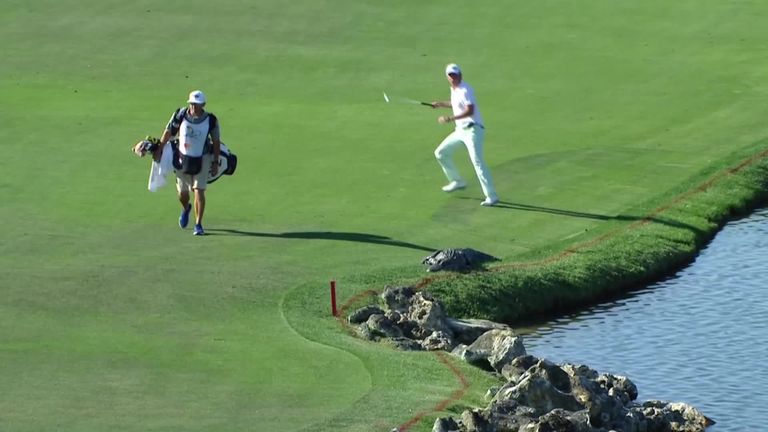 Animals can often be found out and about around a golf course, with many ending up getting closer to the action than golfers would hope for!

From alligators patrolling the fairways to birds trying to steal balls from greens, we've delved into the archives to look back at some of golf's funniest animal encounters.

Rory McIlroy saw a tee shot disrupted by a squirrel during a past visit to the Travelers Championship, with Tiger Woods encountering a similar rodent in one of his appearances at the Presidents Cup.

Woods also experienced a tee shot coming off a stray duck on the fairway during a previous Honda Classic, while seagull famously took Brad Fabel's ball from TPC Sawgrass' iconic 17th hole during the 1998 Players Championship,

Ian Poulter and Cody Gribble are among those try and remove alligators from danger during the Florida Swing, although Smylie Kaufman and his caddie received an unexpected shock from the same animal.

A duck needing to be bribed with food to leave the golf course and Luke Donald being startled by a baboon also feature, as does a gaze of racoons racing across a putting surface.

Click on the video above to look back at some of the funniest animal encounters in golf!