Watch the US Open live on Sky Sports Golf from 8pm on Thursday, with Featured Group coverage from 3.45pm

Tiger Woods has another chance to move closer to Jack Nicklaus' record of 18 major titles in this week's US Open and here we take a look at some of the statistics ahead of his appearance at Pebble Beach.

Woods, who claimed his 15th major victory when he won the Masters in April, is entering his 77th major championship as a professional at the age of 43.

Nicklaus' 77th major start was at the 1981 Masters where he finished tied for second, two strokes behind Tom Watson. 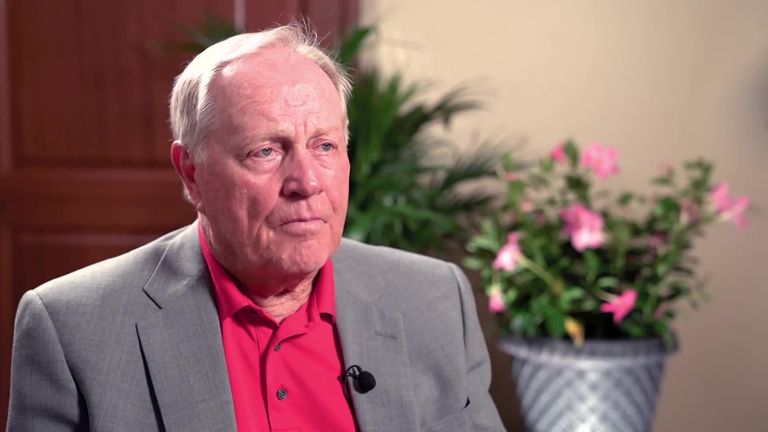 The American great was 41 at the time and had 17 major victories to his name following his wins in both the US Open and PGA Championship in 1980.

Nicklaus, who is now 79, would go on to add one more major triumph to his haul when he won the Masters in 1986 and he had made a total of 164 major appearances when he finally called it a day after The Open in 2005.

Woods could, therefore, still have many more major appearances ahead of him - fitness permitting - but if he does prevail at Pebble Beach on Sunday, the 43-year-old will become the oldest player to win multiple major championships in the same season, beating the record of Mark O'Meara, who was 41 when he did it in 1998.

Oldest players to win multiple majors in a season

He is also attempting to join Ben Hogan, who is the only player to win the Masters and US Open in the same season multiple times, having previously achieved the feat in 2002.

Players to win Masters and US Open in same season

One eye-catching statistic from Woods' performances this season is that he has hit 72.9 per cent of his greens in regulation, which is his highest mark entering the US Open since 2008, when he claimed the last of his three victories in the tournament. His percentage then was 73.3 and it was 74.1 before his runaway win in 2000.