Rory McIlroy has decided that he will stick with a winning formula and focus his attentions on the PGA Tour once again next season.

McIlroy trailed a new schedule in 2019 and switched playing on the European Tour's 'Desert Swing' to feature on the PGA Tour, where he registered three victories last season on his way to ending the campaign as FedExCup champion. 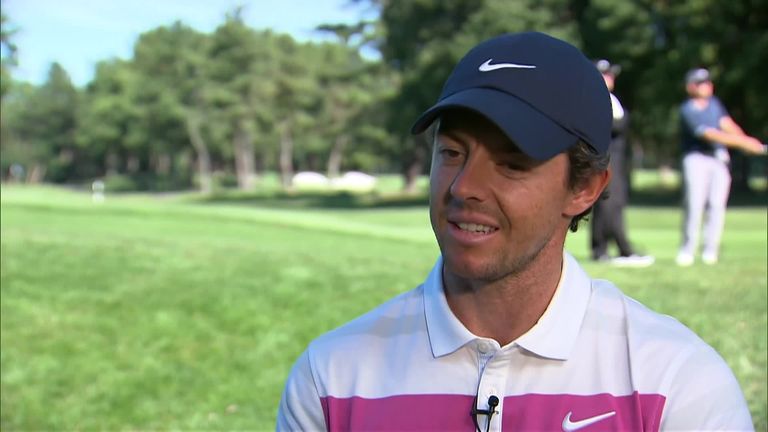 The Northern Irishman starts his 2019-20 PGA Tour season this week at the Zozo Championship, with McIlroy confirming that he will only tee it up once on European soil between now and The Open next July.

"I think I definitely realised how travel affects me," McIlroy said. "Not just crossing time zones, but the effect that has on you not just the first week but the few weeks after that.

"I feel like I performed my best all the way through the season for the most part and I definitely haven't travelled as much this year as I have done in the past, especially bouncing back and forth back across the Atlantic.

"That's something that I'm going to try to replicate going forward. I'll go back for that [the Irish Open], but that's the only scenario where I'll go back until before The Open Championship.

"That gives me a solid sort of six months in the United States where I'm not having to travel a bunch and I think that helped how I performed last season."

McIlroy also commented on the PGA Tour's list of banned substances following Matt Every's suspension for a positive cannabis test, with the four-time major champion admitting to being paranoid about taking regular painkillers for fear of breaching the regulations.

"I'm very aware of the banned substance list," McIlroy added. "I'm very careful with what I put into my body, and I couldn't tell you if CBD oil is good for golfers because I've never tried it.

"I take a very strong stance on performance enhancing drugs or banned substances. I even wouldn't be comfortable taking CBD oil. I would be too paranoid that it would be, you know, there would be THC in it and then that obviously could lead to a positive test.

"I am the most conservative on everything. I try not to take anything in terms of pills to help in any way. Like I'm even scared to take painkillers sometimes, like an Advil (Ibuprofen), I would rather just not."

Watch the Zozo Championship throughout the week live on Sky Sports. Live coverage begins on Thursday from 3am on Sky Sports Golf.