Monahan: "Comments or gestures that undermine the inclusive and welcoming nature of the game will not be tolerated, nor will any harassment of players, caddies, volunteers, officials, staff or other spectators." 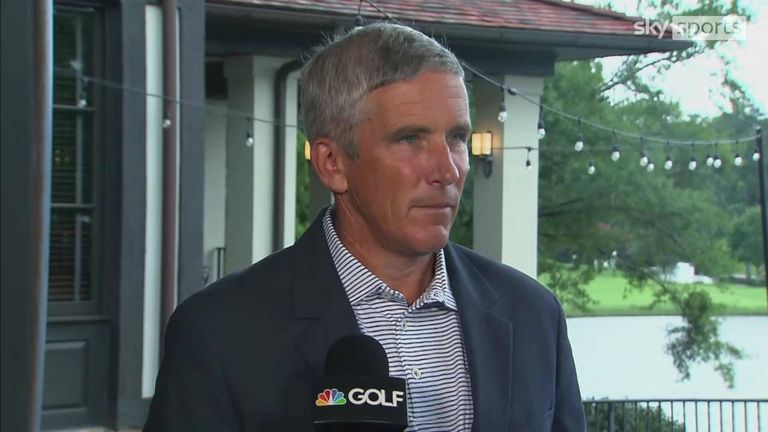 PGA Tour commissioner Jay Monahan has warned that fans who taunt Bryson DeChambeau with “Brooksy” chants are at risk of being thrown out of tournaments in the future.

Monahan announced ahead of the season-ending Tour Championship that changes are to be made to the fan conduct policy for attending tournaments, with harassing or disruptive behaviour and comments no longer tolerated at events.

The PGA Tour insists the policy change was delayed due to the Covid-19 outbreak - having begun in 2020 - and not in response to abuse aimed at a particular player, with Monahan believing the behaviour goes against 'the civility and respect that are hallmarks of the game'.

"We have to be intentional about our expectations for fan behaviour and I believe our fan code of conduct does that," Monahan said. "By coming to a PGA Tour event, you're expected to contribute to a welcoming and safe environment by refraining from and reporting any unsafe, disruptive, or harassing behaviour.

"Comments or gestures that undermine the inclusive and welcoming nature of the game will not be tolerated, nor will any harassment of players, caddies, volunteers, officials, staff or other spectators.

"Fans who breach our code of conduct are subject to expulsion from the tournament and loss of their credential or ticket."

Several spectators were escorted from The Memorial Tournament for shouting "Brooksy" at DeChambeau, while police were reportedly forced to intervene when DeChambeau reacted angrily to a cry of "Great job, Brooksy" after losing a play-off for the BMW Championship to Patrick Cantlay.

When asked if shouting "Brooksy" at DeChambeau would constitute harassment, Monahan added: "Yes, and the reason I say yes is the barometer that we are all using is the word respect, and to me, when you hear "Brooksy" yelled or you hear any expression yelled, the question is, is that respectful or disrespectful?

"That has been going on for an extended period of time. To me, at this point, it's disrespectful, and that's (the) kind of behaviour that we're not going to tolerate going forward."