Ryder Cup captain Padraig Harrington carded a three-under 69 on the final day at the PGA Championship to finish in tied-fourth alongside Shane Lowry; Harrington to captain Team Europe at Ryder Cup this September. 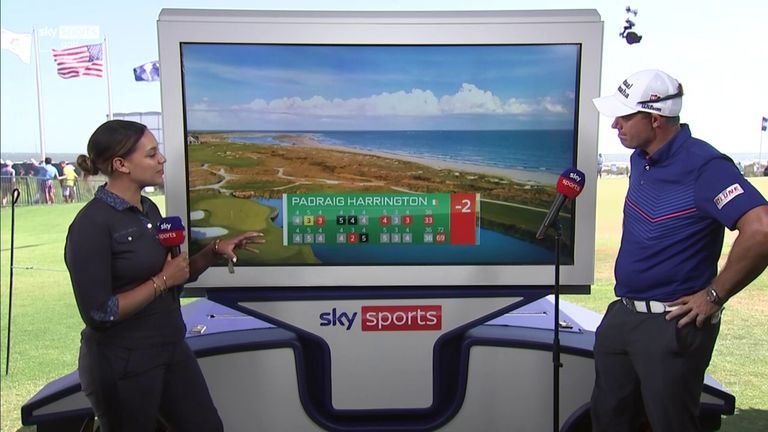 Padraig Harrington ruled out the possibility of naming himself as a captain’s pick for the Ryder Cup, despite posting his best major finish since 2012 at the PGA Championship.

The three-time major champion, a winner of the Wanamaker Trophy in 2008, charged up the leaderboard with a final-round 69 at Kiawah Island's Ocean Course to end the week in a share of fourth.

Harrington, playing alongside compatriot Shane Lowry, followed an eight-foot eagle at the second by birdieing the next before cancelling out back-to-back bogeys from the fourth by holing a 15-footer at the seventh and picking up a shot at the ninth.

The 49-year-old briefly got within three of the lead with a hole-out birdie at the 13th before he bogeyed the next and parred his way home, with Harrington in no doubt his Ryder Cup playing days are behind him even with his strong showing in South Carolina.

"I'm well past that time," Harrington said. "I'm too long in the tooth now at this stage, sweating through five rounds of golf and all that goes with it.

"I'm very much dedicated to being the captain. I'm letting other people have their time. I had mine. And you can't do both. Nobody's ever going to be a Ryder Cup Captain and a player at the same time.

"It's a full-time job being the Ryder Cup captain. There's no doubt about it, and even in my situation trying to play some golf, you know, I have to manage it very well because it is, it has become a full-time job and when you get to the tournaments, even more so. There's a lot going on."

Lowry matched Harrington's 69 to also end the week on two under, with the reigning Champion Golfer's best finish of the year helping him move up the Ryder Cup qualification standings as he chases a European debut at Whistling Straits this September.

"I'm in the position I'm in and this is another good week towards it," Lowry said. "It's always good to play well in front of him under the gun because I play a lot of golf with him, practice rounds, but for him to see me in competition was pretty nice, as well.

"Like I always say, I don't just want to make the team, I want to go to Whistling Straits and I want to win the trophy. That's where my head is at this year, and I feel like I'd be a great part of the team if I do manage to get on it."