Europe head into the biennial contest at Whistling Straits as underdogs, despite winning four of the last five Ryder Cups against Team USA; Watch throughout the week live on Sky Sports' dedicated Ryder Cup channel

Who will win at Whistling Straits? What will the winning margin be? Which player will finish top scorer? Ben Coley takes a look at some of the Ryder Cup betting angles...

Home advantage has never been more precious and it can help USA win back the Ryder Cup this week. Steve Stricker has selected six outstanding rookies to complement six outstanding qualifiers, and this is one of the strongest sides in history.

Have we said that before? Yes, and it is fair to suggest the world rankings count for little come Friday. But in 2008 and 2016, quality US sides won convincingly at home. Medinah was every inch the miracle its moniker boasts, but for which they'd have won their last three on US soil.

Step away from the noise, even the fair assertion that Europe are a more cohesive team, and the USA line-up looks by some distance a stronger one than that of an ageing Europe. They should have no excuses and backing them at 4/7 does appeal, but for the everyday punter perhaps scorelines around the 17-11 or 16.5-11.5 mark provide the necessary value.

Top scorer markets hold greater appeal and Jon Rahm may well live up to favouritism. He's come such a long way since playing a bit part in 2018, Whistling Straits will suit, and - like almost all top scorers - he will surely play every match. That's what Rory McIlroy has done in the Ryder Cup and for Europe to win it, Rahm must be ready to do the same. 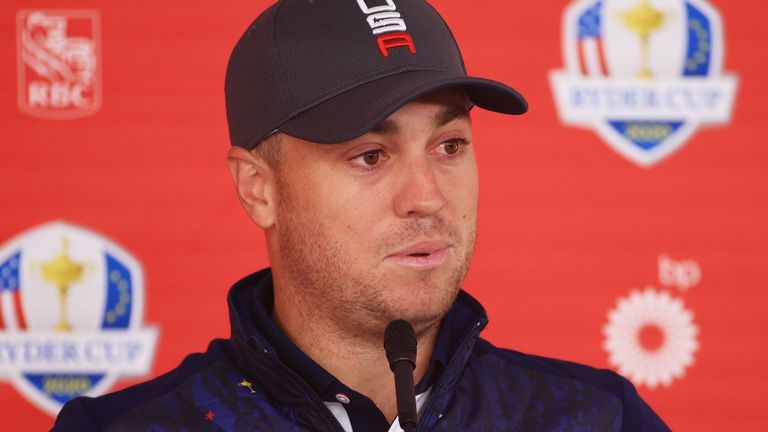 Take Rahm in the combined scorer market, one Europe dominate. No American has won this on their own since 1995 and that's partly because theoretically-stronger teams are less dependent on individuals.

Europe have asked more of their stars to play four or five matches - Sergio Garcia has done that in every renewal back to and including his 1999 debut - and among this batch, Rahm stands out.

For the USA, Justin Thomas should continue his successful Paris partnership with close friend Jordan Spieth and he too seems likely to play at least four matches.

In three professional appearances for his country, across this and the Presidents Cup, Thomas has only been outscored by a teammate once, when Dustin Johnson bettered him in 2017. Thomas claimed the scalp of McIlroy a year later in Paris, where he went 4-1-0, and is the standout candidate.

Sky Bet make Thomas a very short price to tee off first for the USA in the singles, which he may well do. Look instead to Europe for value with Sergio Garcia perhaps ready to fulfil that role. If not him, then Paul Casey could be a viable option away from the obvious candidates in Rahm and McIlroy, with Padraig Harrington likely to rely on experience.

For Europe to win, these are the names that will need to stand up and deliver. They have done it before, and it is not beyond them. But the scale of the task, against an American side this strong, cannot be understated. It should be USA all the way this time.