The best stats from Week Eight in the NFL, including a Tom Brady three-game losing streak for the first time in 20 years; Marcus Mariota throws three TDs and leads an overtime win on his birthday; and Latavius Murray is the first player to score for two teams in the same season in London

Sky Sports statistician - and big Buffalo Bills fan - Benedict Bermange picks out the best stats the NFL has to offer from Week Eight, including a fourth-straight 200-yard rushing game for Derrick Henry against the Houston Texans...

On Thursday night, the Baltimore Ravens inflicted a 27-22 defeat on the Tampa Bay Buccaneers which marked Tom Brady's first losing streak of at least three games since he lost in Weeks 4-8 in the 2002 season, when Jerry Rice was still an active NFL player! In Thursday's game, Brady also became the most-sacked quarterback in NFL history.

Most sacked quarterbacks in NFL history

Latavius Murray scored the game-winning touchdown for the Denver Broncos as they defeated the Jacksonville Jaguars in London. He also scored for the Saints in London back in Week Four, and so became the first player to score rushing touchdowns for two different teams in London in the same season. 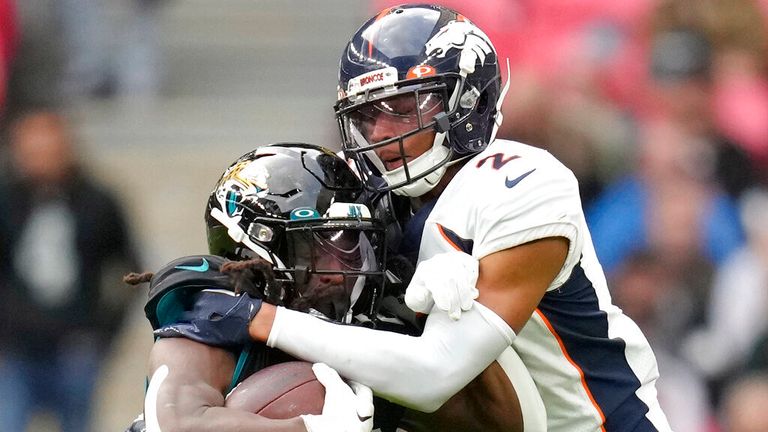 Marcus Mariota celebrated his 29th birthday by throwing three touchdown passes for the Atlanta Falcons and leading a game-winning drive in overtime against the Carolina Panthers. The only other two quarterbacks to have achieved those feats on their birthday were Russell Wilson against the Pittsburgh Steelers in 2015 and Warren Moon against the Cleveland Browns in 1990. 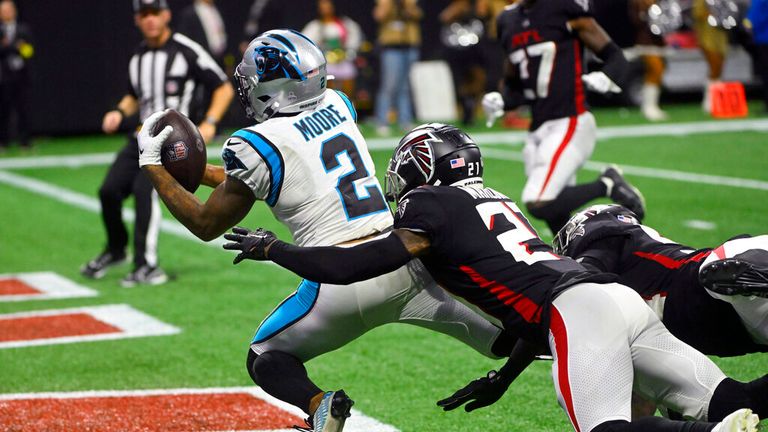 With the New England Patriots' win over the New York Jets, Bill Belichick passed George Halas' total of 324 wins to move into second place on the list of most wins by a head coach in NFL history (including the playoffs).

Most wins by a head coach in NFL history

Despite losing 49-29 to the Dallas Cowboys, the Chicago Bears still managed to rush for 240 yards, the first time they have had three successive games with at least 200 yards rushing since Weeks 7-9 of the 1968 season. The Bears lead the NFL this season with an average of 188.4 rushing yards per game. 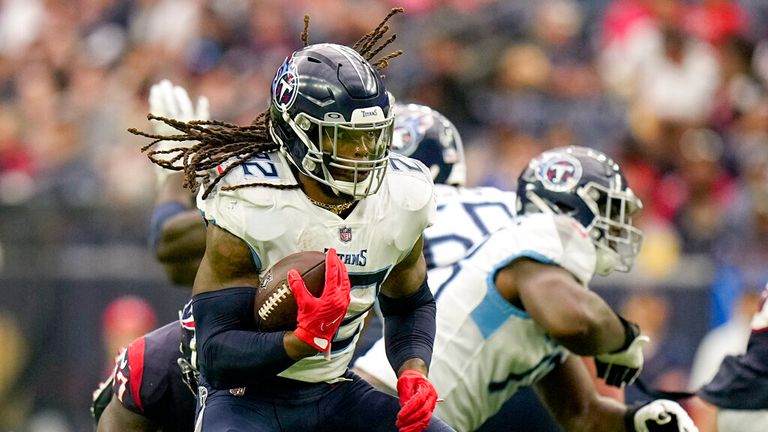 In Derrick Henry's last four games for the Tennessee Titans against the Houston Texans he has rushed for 211, 212, 250 and 219 yards, a streak of 200+ yard rushing games twice as long as anyone else's in NFL history against a single opponent.

Most consecutive 200+ yard rushing games vs a single opponent

The San Francisco 49ers won their eighth successive regular season game against the Los Angeles Rams, with Christian McCaffrey becoming the first player with a rushing touchdown, a receiving touchdown and a touchdown pass in the same game since LaDainian Tomlinson for the Chargers against the Raiders in 2005. Before that, you have to go back to Walter Payton for the Bears against the Vikings in 1979. 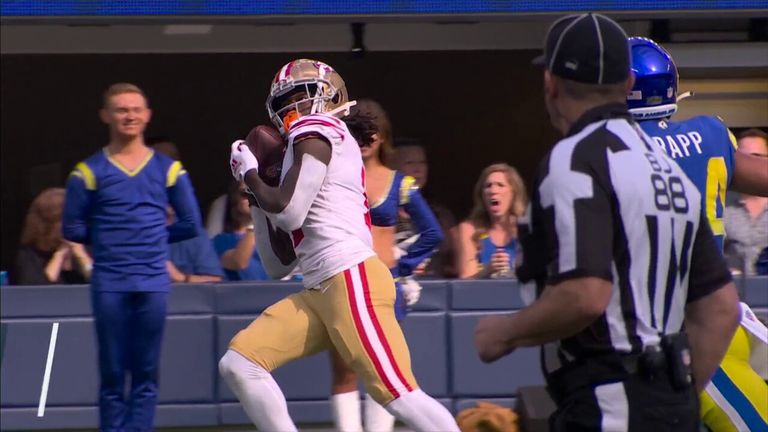 Just two years ago in the 2020 season, none of the four teams in the NFC East ended up with a .500 record, as the Washington Commanders won the division at 7-9. Having gone a combined 3-1 this week, their combined record for 2022 is now 23-8 (a .742 winning percentage). That marks the most wins by any single division through Week Eight since the division realignment in 2002.