Sky Sports NFL launches at midday on Thursday, and will be your dedicated channel for NFL coverage through the season 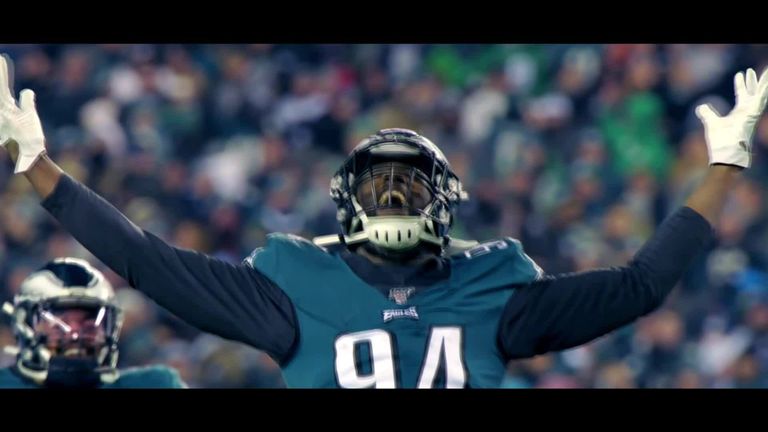 NFL Commissioner Roger Goodell and the returning Rob Gronkowski are among the guests as Sky Sports launches its dedicated NFL channel with a five-hour live show this Thursday, featuring contributions from all 32 franchises.

With one week to go until the NFL's big kick-off on Thursday night, we will hear how the league has been preparing for a season like no other.

Upgrade to Sky Sports NFL & Arena for £10 extra a month

Get ready for the new NFL season with the biggest games, latest thoughts and hard hitting documentaries on a dedicated 24/7 channel. Upgrade to Sky Sports NFL & Arena for just £10 extra a month

Virtual team meetings, regular Covid-19 testing and a host of big names moving teams has all taken place against a backdrop of Black Lives Matters protests across the United States.

Four years on from Colin Kaepernick's stance against social injustices, the NFL have vowed to change and Goodell will be on hand to discuss how those changes will take place.

As well as the Commissioner, there are 32 teams to hear from and we have representatives from West Coast to East as some of the biggest names in the game join us to look ahead to the new season, which gets underway on Sky Sports NFL on Thursday September 10.

Five hours of coverage gets underway at 7pm with Neil Reynolds leading our coverage, alongside a host of guests including our Sky Sports panel of experts who'll answer the pick of the questions that we want.

Follow us @SkySportsNFL and use the #NFL32Live to get involved with your questions as we will put them to panel featuring Shaun Gayle, Rob Ryan, Jeff Reinebold, Cliff Avril & Takeo Spikes.

Launching on Thursday September 3, Sky Sports NFL will be your dedicated channel for NFL coverage through the season - featuring a host of NFL Network programming, a new weekly preview show as well as at least five games a week and NFL Redzone, you won't miss a moment