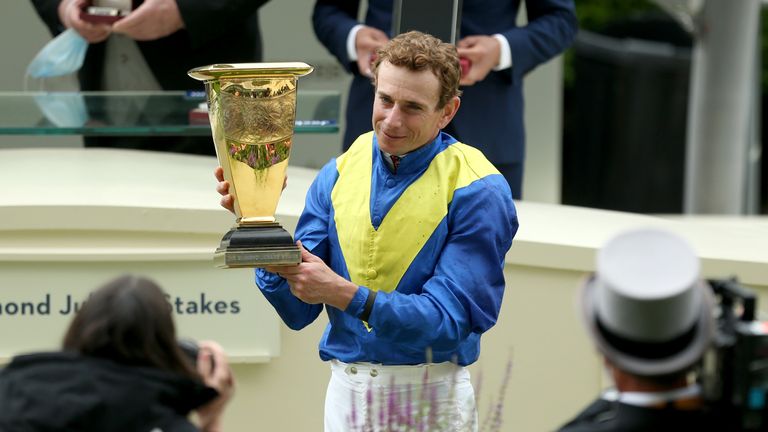 Sir Michael Stoute - who has trained more winners at the meeting than anyone else - was recording his 82nd success at the fixture and having been beaten in two photo-finishes in the past two runnings, he will be delighted to have won with the chestnut.

Blue Point edged him out in 2019, while 12 months ago it was Hello Youmzain, and he was sent off the 3-1 favourite to make amends.

Tim Easterby's Art Power - a winner 12 months ago in handicap company - set out to make it a real test and by halfway had most of his rivals in trouble.

They included Glen Shiel - successful on Champions Day last season for Hollie Doyle - but to his credit, he battled all the way to the line.

As Art Power's stride began to shorten Ryan Moore sensed the time was right to attack on Dream Of Dreams, and despite having two lengths to make up when he started his challenge with a furlong to run he was almost on terms.

Glen Shiel did not go down with a fight, and Art Power stuck on gamely, but with Moore in full cry and a willing partner, there was only going to be one outcome as the seven-year-old prevailed by a length, with three-quarters back to the third.

For Glen Shiel's trainer Archie Watson it was a second agonising reverse of the week having had Dragon Symbol lose the Commonwealth Cup in the stewards' room on Friday.

Moore said: "Any winner here is important, but especially a prestigious race like this.

"[Sir] Michael has been great to me my whole career, but he's got this horse to perform in this race three times in a row so fair play to him.

"He's been a great horse, he's got better every year but a stiff six furlongs with cut in the ground is perfect."