St Leger: Doncaster Classic option for Mojo Star after luckless Irish Derby run back in fifth at the Curragh

Mojo Star was a shock 50-1 second in the Cazoo Derby at Epsom on just his third career start before finishing fifth in the Irish Derby on Saturday; trainer Richard Hannon pleased with Curragh run and would "love to have a crack at the Leger"

Mojo Star could be given a third chance to bid for Classic glory in the St Leger at Doncaster following his luckless run in Saturday's Irish Derby.

Narrowly beaten on his first two starts, the Sea The Stars colt justified the bold decision to run in the Derby at Epsom by finishing a clear second behind the impressive Adayar.

That fine effort prompted connections to tackle the Irish equivalent at the Curragh on Saturday, but Mojo Star endured a rough trip on his way to finishing fifth behind Hurricane Lane, who had finished just over three lengths behind him three weeks earlier.

Trainer Richard Hannon said: "He's come back fine. He's just been out in the pen since and had a trot yesterday and today.

"He's none the worse for it and we'll have a chat to connections about where we go from here. 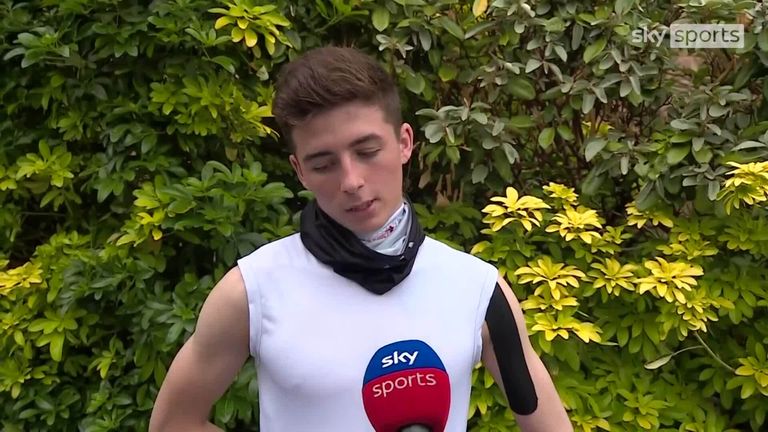 "We were still pleased with the way he ran the other day - he got up to finish fifth.

"It was just one of those things - he's a big, long striding horse and if he gets squeezed or inconvenienced at any stage it stops a lot of his momentum, which he needs."

Connections retain the option of dropping down in grade for a maiden if they wish, but Hannon hopes he will win a Group One prize somewhere along the line.

He added: "He's in the King George (at Ascot) and the Princess of Wales's Stakes (at Newmarket) and obviously the St Leger is an option later on in the year.

"He's fit and he doesn't need to do any more [work]. At some stage we'll take an easy run and then go back into something big.