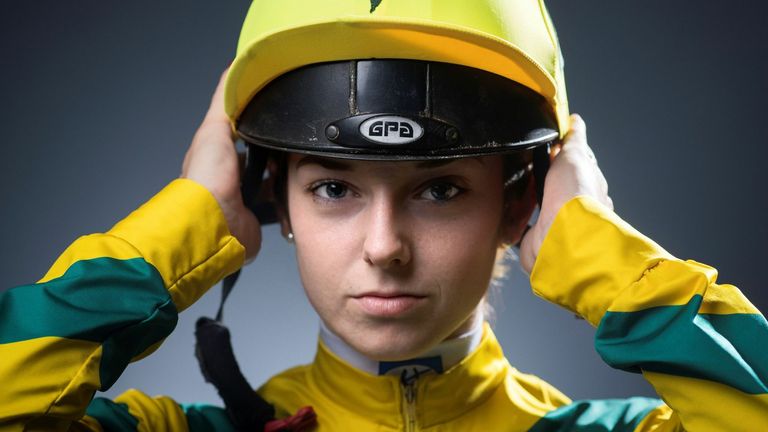 French star Mickaelle Michel has ridden in some of the biggest races around the world but says making her British debut at Ascot in the Shergar Cup next month, live on Sky Sports Racing, is a dream come true.

Mickaelle Michel will make her Dubai Duty Free Shergar Cup debut at Ascot next month after being confirmed as part of the Ladies Team.

The globetrotting French jockey was the leading female rider in her homeland in 2018 and has since enjoyed record-breaking success around the world, most notably in Japan.

The 26-year-old competed in the World All-Star Jockeys Championship in Sapporo in 2019, where she rode one winner and finished third overall, while last autumn she claimed her biggest career success in Europe aboard Walderbe in the Group Two Premio Jockey Club in Italy.

Michel also partnered the German-trained stayer to be second in the Dubai Gold Cup in March and is looking forward to making her British debut at Ascot alongside Hayley Turner, who it was recently announced will also be in the Ladies Team.

"I'm really excited to be riding in the Dubai Duty Free Shergar Cup this year. It will be my first experience of riding in Britain and there is no better place to do it than Ascot," said Michel.

"The Shergar Cup is a competition that all the top jockeys around the world want to ride in and I'm looking forward to being part of the Ladies Team and hopefully lifting the trophy."