Jockey Bryony Frost gave her testimony on day two of a BHA hearing into seven charges against fellow rider Robbie Dunne; Dunne denies all charges of prejudicial conduct and two of the three of violent and threatening behaviour

Bryony Frost alleged that Robbie Dunne had "opened his towel and shook himself" in front of her as she provided her testimony during a British Horseracing Authority disciplinary panel hearing.

Frost gave evidence in person on the second day of the hearing into seven individual charges brought against Dunne for prejudicial conduct and violent and threatening behaviour.

Dunne, who was also present in High Holborn, denies all charges of prejudicial conduct and two of the three of violent and threatening behaviour.

The panel heard that Dunne's hostile behaviour towards Frost, a multiple Grade One-winning rider, allegedly began when she was an amateur and that she had also witnessed him behaving inappropriately towards other female jockeys.

One of the allegations made against Dunne involves him purposefully standing naked in front of Frost, an accusation that the panel heard in more detail as she described the lay-out of the weighing room and how other male riders avoided exposing themselves to her. 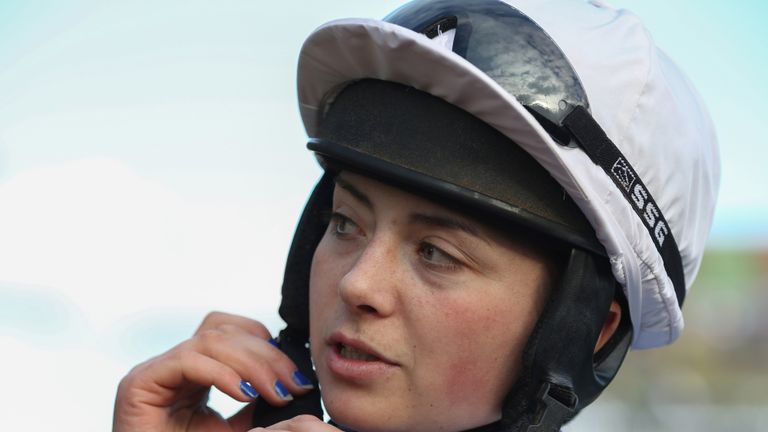 Bryony Frost gave testimony at a BHA hearing into allegations against fellow rider Robbie Dunne, saying she 100 per cent believed Dunne's threat to 'hurt' her was real, the Guardian's Greg Wood reports

"I remember Robbie, through my amateur career, being inappropriate to many of us," she said.

"I remember him opening his towel up and shaking himself in front of us at one point.

"When you have to go in there to get your weights and your silks, a lot of the males in there would put their towels around them or get changed. They wouldn't openly walk around their weighing room naked."

In the course of the investigation, initially undertaken by former BHA head of integrity Chris Watts, witness statements were taken from several female jockeys that Frost had also alleged were victims of Dunne's behaviour.

The panel heard that Lilly Pinchin acknowledged that Dunne could be 'childish on occasions' but stated that she had never been bullied by him, whereas Page Fuller admitted she had been the recipient of Dunne's 'persistent banter', which ceased when she raised the issue with him.

Millie Wonnacott described Dunne as 'not to everybody's taste' and Gina Andrews conceded that Dunne had previously been 'rude' to her, but went on to describe the incidents as 'insignificant'.

In response to these statements Frost questioned the account given by Wonnacott and speculated that her junior position to Dunne as a rider at Neil Mulholland's stable made it impossible for her to speak honestly to the BHA.

"No, I don't accept that that is an honest account," she said of the statement.

"She works for the same trainer and she was probably scared that if she was to speak out honestly, then what affect might that have on her riding career?

"Mr Dunne is in front of her on the riding list, he'd ride above her, so for her own sake, her own personal sake and the sake of her career, she was probably talking to protect herself."

The panel were told that Andrews' sister Bridget, wife of fellow jockey Harry Skelton, had described Dunne as a friend when asked about his behaviour and stated that she had never experienced or witnessed him exhibiting any inappropriate behaviour. 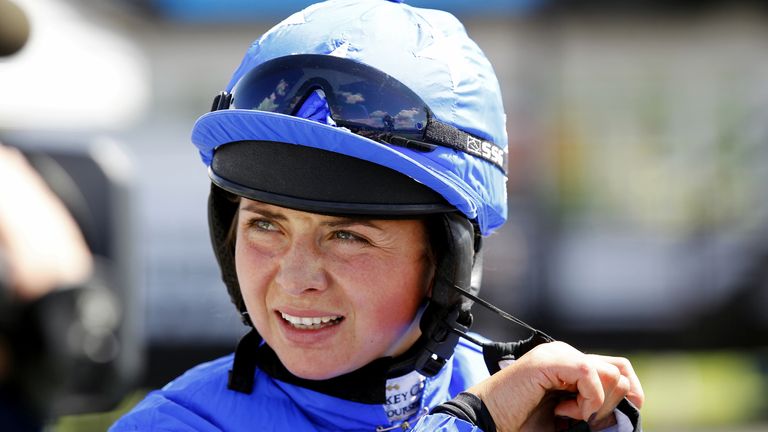 An emotional Frost said she has felt 'isolated' since lodging a bullying and harassment complaint against Dunne when speaking at the BHA hearing in London, says Wood

Frost cited this friendship as the cause of Andrews' more positive experiences with Dunne and said she felt the other female riders questioned could do no more than hint at his propensity to behave unprofessionally around them for fear of the consequences.

"Bridget and Harry Skelton would be very close friends with Mr Dunne," she said.

"As Mr Dunne is very good friends with Harry Skelton, why would he be inappropriate to Bridget?

"They all have licences, they all still have to be within the weighing room. To me, personally, the isolation I felt for speaking out, I wouldn't wish it on anyone.

"You are asking me for my opinion and they have to go into the weighing room every day. I feel they are protecting themselves, and rightly so, and staying neutral."

The majority of the incidents discussed in the hearing were in 2020, where Dunne is alleged to have confronted Frost after a race at Stratford on July 8.

Dunne is also accused of telling Frost: "I'm going to stop you murdering everyone, I'm going to murder you", at Uttoxeter on August 17 last year, after which he is alleged to have said at Southwell on September 3: "The next time I ride against you, I promise I will put you through a wing".

Dunne admits the latter breach, though he and his legal representative, Roderick Moore, query the exact words used.

Frost was aboard Ben Case's Wisecracker during the Southwell race, with Dunne riding John Flint's Cillian's Well until he fell and was fatally injured four fences from home.

"He said it to me in such a way that I believed him," Frost said of the threat Dunne allegedly made.

"He wasn't angry, he wasn't red-faced, he wasn't in a moment out of his character. He delivered it and he wanted me to know exactly what he felt about me and he wanted to make it very clear. He spoke very clearly to me at that point.

"He never mentioned his horse. He never made it clear that that was the reason he was angry at me."

The panel also heard that the Southwell incident took place in front of '30 or 40' people, with Moore stating that Tom Scudamore had said in his witness statement that 'it was nothing out of the ordinary, he wasn't shocked and Mr Dunne wasn't out of order. It was no different to what would appear every third day, otherwise he would have got involved.'

In response to Scudamore's statement, Frost told the panel that the relationship between the two of them had deteriorated after she had lodged a complaint against Dunne.

"Mr Scudamore, since this has all come out, hasn't spoken one word to me," she said.

"We used to share lifts racing and now he wouldn't even say hello to me in the weighing room."