In a clash that lived up to expectations, it was the Nicky Henderson-trained Shishkin who ran down Energumene for Willie Mullins and Paul Townend; Shishkin is now 4/6 favourite for the Champion Chase at Cheltenham; Energumene 11/4 to turn the tables at Prestbury Park

Shishkin and Nico De Boinville powered past Energumene in the final 50 yards to claim a famous Clarence House Chase victory in an Ascot clash for the ages.

The duo served up a race that lived up to the pre-race hype, with Energumene leading from the front under Paul Townend, while Shishkin sat in behind alongside First Flow.

When First Flow wilted in the final half-mile, it was left to the big two to battle it out, with Energumene seemingly having the upper hand after a peck on landing from Shishkin down the back straight. 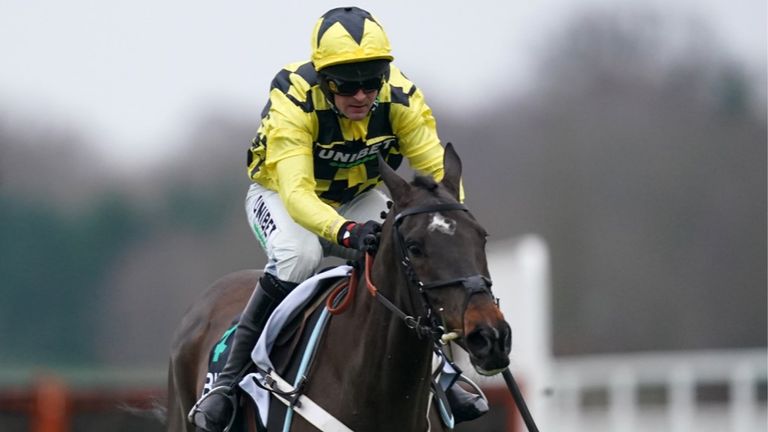 But when Shishkin and De Boinville kicked into overdrive, he was able to overcome the slight jumping errors to power past the Irish horse in the closing stages and secure a famous victory for Nicky Henderson and the Donnelly's.

First Flow finished a tired third, with Amoola Gold never in contention back in fourth.

The two superstars look set to go to war again at Cheltenham in the Queen Mother Champion Chase, with Shishkin now the 4/6 favourite to come out on top.

Get In on Sky Sports Racing

Jason Weaver and Luke Harvey are back with Get In, the funnest show in racing, on Friday January 21 from 4.15pm on Sky Sports Racing

Speaking after the race, a delighted De Boinville said: "It's bang up there. It's not so much about the prizes you win but how you win them.

"That today with just the pace of the race there was no let up. We want champions to race against champions and it's bang up there.

"All credit to the guv'nor for coming here. One of us could've ducked the other and we've both come to the party and showed what we can do."

Winning trainer Nicky Henderson added: "They (Townend and De Boinville) said to each other going down the hill, 'we are flat to the boards'. It had to be that, there was no point hiding. Energumene was going to set a good gallop and we had to keep in touch. 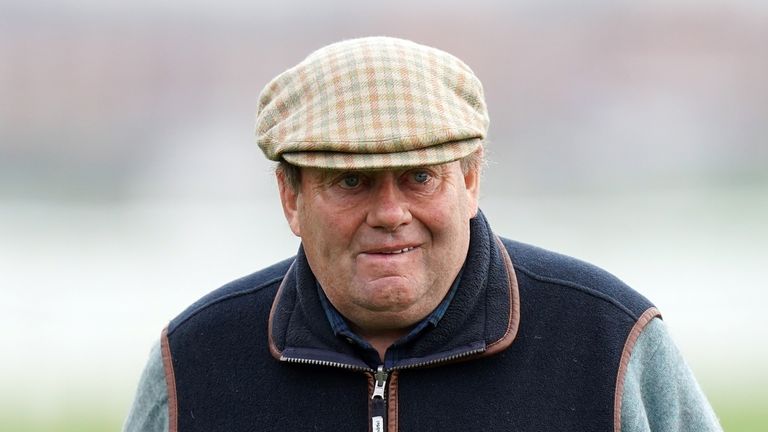 Winning trainer Nicky Henderson has said he is looking forward to facing Energumene for the second time at Cheltenham after Shishkin defeated his Champion Chase rival at Ascot on Saturday.

"There were moments it looked as if we weren't going as well but he stays very well, he possibly does drift a little bit.

"The great thing is they've both come home safe and sound. It was a great race. Willie and the guys are all great mates.

"There's going to be rematch. I always said I hope it's a good race today because then it won't ruin the Champion Chase and they will be back to fight it out together."

Earlier on the card, jockey-owner David Maxwell won a gripping renewal of the SBK Handicap Chase under Cat Tiger, who nosed out Cobolobo for the Jonjo O'Neill father-and-son combo.

Maxwell delivered his mount on the line after Cobolobo hit the final fence, and could not quite recover the momentum to get back up in a photo finish. 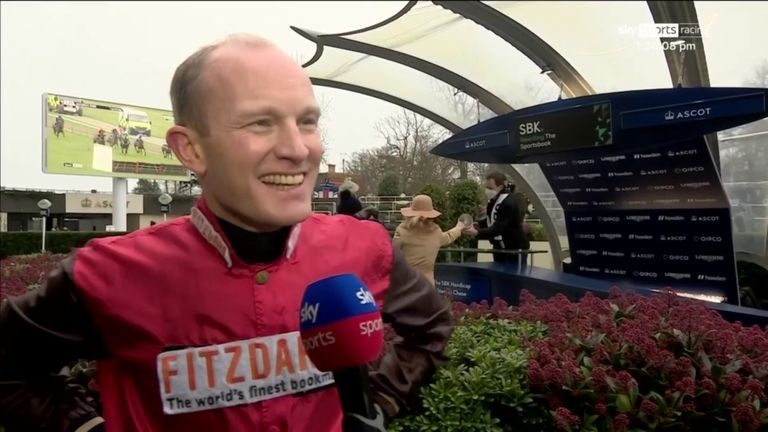 Amateur rider Maxwell was the subject of online abuse after his ride on the same horse at Doncaster over Christmas, having lost a photo finish on that occasion when seemingly having the race in safe keeping.

"I nearly thought I'd hit the front too soon here - I could've taken it up after the last but he's such a game horse," Maxwell said.

"I thought he had it the stride before but the line looked like it wasn't coming quickly enough. Even in defeat he would've run a magnificent race.

"This time last year it was pretty miserable. Amateurs weren't able to compete and it was pretty dark days. You are getting an amateur but we are always trying our best."

Dan and Harry Skelton enjoyed a stunning treble on the card, with the highlight coming courtesy of Molly Ollys Wishes in the Grade Two SBK Mares' Hurdle, staying on strongly over three miles on the testing ground.

Western Victory made the early running but could not keep up the blistering pace in the ground, with Skelton picking up the running with half a mile to run.

My Sister Sarah for Mullins and Townend stayed on well from the rear but couldn't quite reel in the leader who won by two lengths at the finish.

Unexpected Party was an easy winner of the Holloways Handicap Hurdle earlier on the card for the in-form Skelton team. 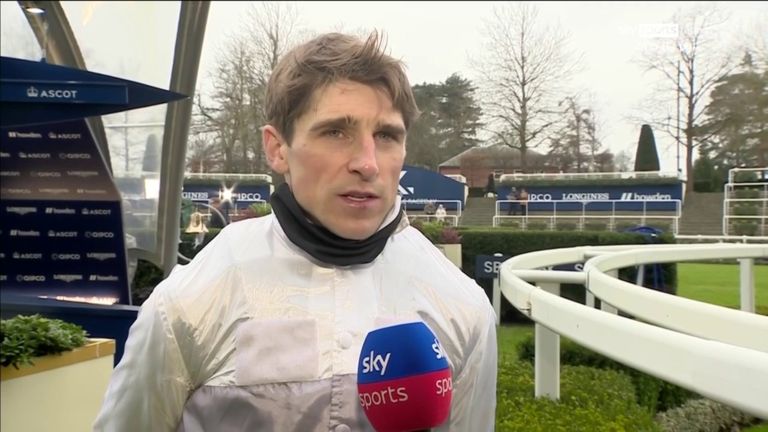 Travelling supremely behind the leaders throughout, the gap opened up on the rail and was exploited by Harry, who pushed out the seven-year-old to win with any amount in hand, despite a final-flight jumping error.

Doctor Parnassus was an impressive winner of the opening juvenile hurdle for the same duo, putting away his more experienced rivals with relative ease.

Favourite Irish Hill disappointed for the Paul Nicholls team, with Restitution (Tom Cannon) being picked up by the eventual winner between the final two hurdles, eventually being beaten by 10 lengths.