Japanese trainer Hideaki Fujiwara sends Shahryar to the race and has a leading chance for the international team; other contenders include impressive Sandown winner Bay Bridge and Joseph O'Brien's State Of Rest; watch every race live on Sky Sports Racing

Presenter Gina Bryce gives her verdict on all five runners for the headline race on Day Two at Royal Ascot, the Prince Of Wales's Stakes, live on Sky Sports Racing.

With the week's biggest prize pot of £1m on offer in the Prince Of Wales's Stakes, it is no surprise to see a competitive field featuring representatives from four different racing jurisdictions.

The potential ace in the pack for the home team is a horse yet to race beyond Group 3 level in the form of the hugely exciting Bay Bridge, who will have his mettle tested to the maximum by a small but highly accomplished field of rivals.

The Japanese flag has been hoisted with regularity at top international meetings in the last 12 months, including by Sheema Classic winner Shahryar who potentially represents the most formidable challenge to our homegrown talent.

Throw in the 2020 winner of the race in Lord North, an improving French Group 1-winning mare in Grand Glory, and progressive Cox Plate winner State Of Rest, and the stage looks set for a cracking renewal of Wednesday's feature race.

Sir Michael Stoute's fast-improving four-year-old announced himself as a force to be reckoned with at the top level when routing a strong field in the Group 3 Brigadier Gerard at Sandown by five lengths.

Hindsight makes it hard to believe he did not head the market on the day, given the way he brushed aside the 6/5 favourite Mostahdaf with consummate ease, but a slow and steady campaign typical of his trainer prevented anyone from really knowing what was lurking in the locker of this unbeaten colt.

The manner of victory and figures posted on the day, coupled with the suspicion that as a big strong son of New Bay he will inevitably tighten up and come on immeasurably for the run, means a Group 1 is surely at his mercy now.

The frightening thought is just how high this four-year-old could climb this year and I would venture this particular top-tier race, won four times by his master trainer previously, will be just the first.

An impressive winner of this race in 2020, John and Thady Gosden's six-year-old returned from a year on the sidelines with a throat infection to prove he is still capable of dining at the top table, registering a dead-heat victory in the Dubai Turf before putting up a commendable performance in the Tattersalls Gold Cup last month.

Sat just behind the leaders that day, he charted a similar path to the subsequent winner Alenquer but was drawn into the heat of a searching gallop set by runner-up High Definition, which may have prevented him from unleashing the full finishing kick we have glimpsed at his best.

The fact he was able to return from Dubai, where he was reported to have burst a blood vessel post-race, and back up with a tough, gutsy performance in Ireland gives significant encouragement for a busier campaign this year.

A return to the figure posted in this race two years ago would put him right in the mix for a repeat victory, for all that the challenge of younger, more progressive legs just tempers enthusiasm.

Japanese-trained runners have claimed 13 top-level races on the international racing scene in the last eight months, leaving racing fans in no doubt that a first victory for this new superpower at our Blue Riband event will surely be next.

Japanese Derby winner Shahryar represents their best chance this time around, having already claimed some notable scalps on the global racing scene when taking the Sheema Classic in March.

In doing so, he reversed Japan Cup form with third-placed compatriot Authority and proved as a four-year-old he had taken a significant step forward.

Trainer Hideaki Fujiwara has stated the Arc is their main target and a glance through this horse's form reveals his highest-profile successes have all come over two furlongs further than what he'll face on Wednesday.

That said, the son of Deep Impact broke the track record for nine furlongs at Hanshin in his trial for the Japanese Derby last spring and looks extremely versatile with regard to race tactics.

If capable of handling the topography of Ascot, which will present a new challenge, he will be a formidable rival to the favourite.

Joseph O'Brien's improving four-year-old picked up this season where he left off last with another international Group 1 success, adding the Prix Ganay to his recent wins in the Cox Plate and Saratoga Derby.

Clearly relishing the step up to this 10-furlong trip at the backend of his three-year-old campaign, State Of Rest has continued to progress with each start before it stalled briefly on the form figures with a third-place finish to Alenquer in the Tattersalls Gold Cup.

Having sat further back than ideal in the Curragh contest, he was an eye-catching finisher, suggesting victory would not have been out of reach given a different set of circumstances.

Forecast fast ground will play to the strengths of this well-travelled tough colt, and he ticks a lot of boxes for a race that should be run to suit.

Purchased by connections Hara De Hus for an eye-watering €2.5m in December, it would not have been a surprise to see Group 1 Prix Jean Romanet winner Grand Glory retire quietly to the breeding sheds this season for a date with an equally-accomplished partner.

But the decision to keep the six-year-old mare in training with Gianluca Bietolini has reaped rich dividends, with impressive wins against her own sex in Listed and Group 3 company so far this year forcing connections to replot her campaign in favour of bigger targets. 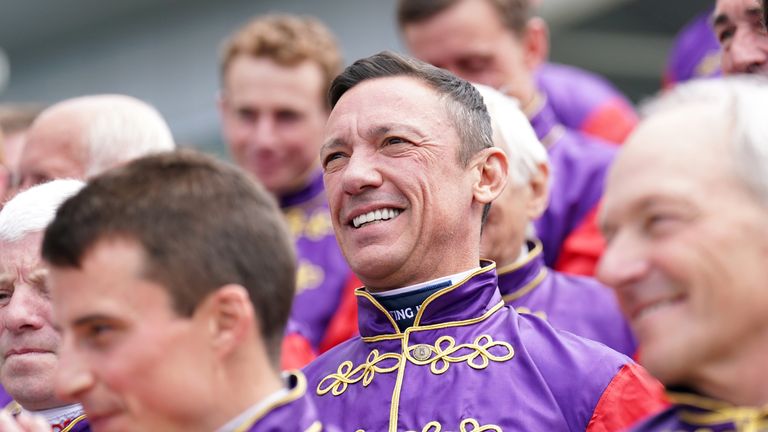 Having raced predominantly with cut in the ground, the assumption would be that the forecast faster conditions this week may not suit, but a commendable run in the Japan Cup on a similar surface bolsters confidence in that department.

There is no doubt this already extremely consistent mare has improved over the winter, looking better than ever last time at ParisLongchamp with an utterly dominant performance, and if she turns up in similar form here, she cannot be dismissed outright.

Although he will face his toughest task to date against a field of talented and experienced rivals, I think we could witness something really special from BAY BRIDGE to hand Sir Michael Stoute a fifth win in the race.

I would not like to play the forecast, however! Any one of his four rivals could follow him home, but I suspect none have the ability to stand in the way of this exciting improver's quest for a first Group One success.