Watch Wales vs England live from 1.15pm on Saturday on Sky Sports Action

Wales' 33-19 defeat to England at Twickenham meant the first loss for Warren Gatland's men since February last year, ending a run of 14 wins.

The result also scuppered their hopes of replacing New Zealand at No 1 in the World Rugby rankings, but Gatland's side have an immediate opportunity to avenge that result when they host England on Saturday, live on Sky Sports.

We take a look how Eddie Jones' World Cup squad announcement will impact England's approach to the sequel, and at the challenges facing Gatland. 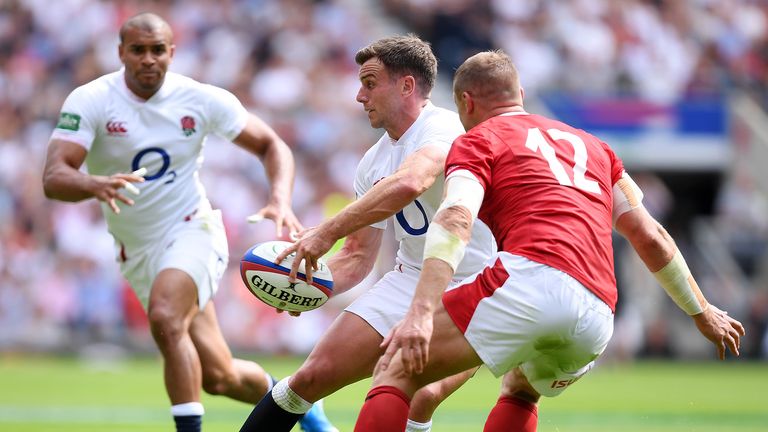 Gareth Anscombe joined Taulupe Faletau in being ruled out of the World Cup after suffering an ACL injury in the defeat to England, and they will be sweating still over the results of Tomos Williams' shoulder injury.

Losing the new Ospreys signing, who had looked in the mood at HQ before his withdrawal, is a seismic blow to Wales' chances of lifting the Webb Ellis Cup, especially given the fact that they hadn't lost with him at No 10.

Dan Biggar is the likely replacement, but with a different profile, the focus of the team's dynamic changes. Biggar showed what he can offer the side when helping Wales to a Grand Slam from the replacements' bench and will start on Saturday.

The Northampton Saint must now become more than just a very handy utility player, and Anscombe's absence must surely now pose the question to Gatland and Rob Howley over whether it is too much of a risk to have just two specialist 10s in the final squad.

Ruaridh McConnochie, Lewis Ludlam and Jack Singleton will all still be on cloud nine after being named in Jones' Rugby World Cup squad, but the hard work starts now.

Sevens specialist and 2016 Olympic silver-medallist McConnochie's wait for a Test debut continues as he has had to withdraw from the match-day squad for the second time in the same number of weeks.

After being 50-50 on Friday, the Bath man was ruled out on Saturday morning due to 'a minor muscle strain' and his chance to shine must now come at a later date. 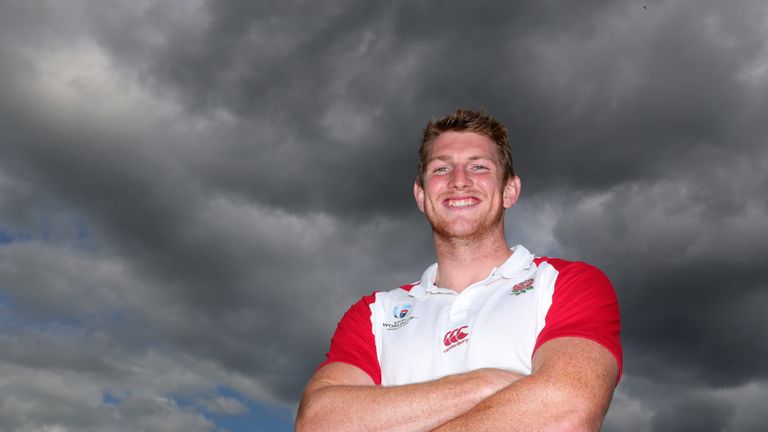 Flanker Ludlam has been plucked from obscurity at Northampton in another pick that would have been unthinkable as recently as May and he profits from Brad Shields' foot injury.

Hooker Singleton and scrum-half Willi Heinz made their debuts in last Saturday's rout of Wales.

This week, Eddie Jones spoke of the "painful discussions" that he was forced into having with those who missed out on the World Cup squad and the Australian also divulged his selection strategy.

"Consistently at World Cups, I pick one to 15 first, then I consistently pick 28 to 31 - they are your key, absolute keys," he said. 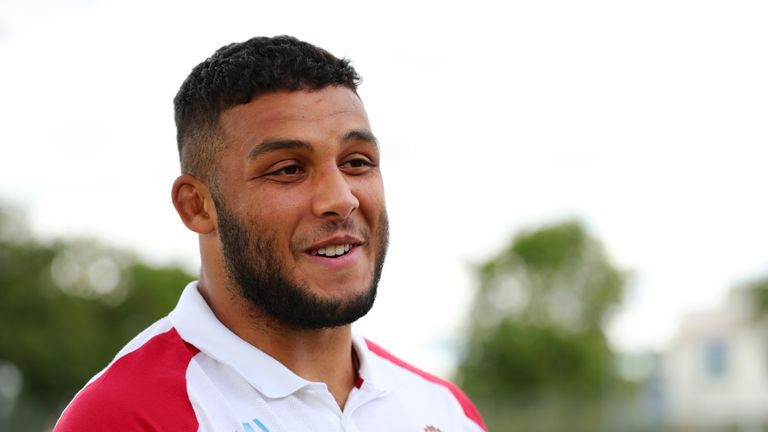 "So 28 to 31, in reality, are possibly not going to have much game time, so the character and the behaviour of those guys is super important, absolutely vital.

What McConnochie, Ludlam and Singleton will now seek to do, is show Jones that they are part of that 15 to 28, and more than just good 28 to 31 tourists.

Look behind Biggar, and there are suggestions that Hadleigh Parkes could be used as a makeshift option - but not having specialists in that department would represent a gamble.

The two stand-out options are Rhys Patchell and Jarrod Evans, with the latter being named on the replacements bench for Saturday's match in Cardiff.

Patchell is the more explosive of the two, as witnessed off the bench against Tonga in November, but there are concerns over his defence.

Cardiff Blues player Evans has always been a crowd-pleaser with his undoubted technical ability, but he has added game-management to attacking flair. With Anscombe's injury making Biggar indispensable, now appears the ideal time to see if Evans can cut it at international level.

The pressure on Gatland to avoid the potential scenario of heading into the crunch Pool clash with Australia with just one fit outside-half is now immense, but the Wales head coach will want proof that viable options are at hand.

While Eddie Jones admitted that disciplinary issues were inevitable at the World Cup after taking the shock decision to overlook Ben Te'o for selection - Piers Francis impressed with his tackling and soft hands last Sunday.

Francis is another fly-half option behind World Cup captain Owen Farrell and George Ford - who may even be experimented with as scrum-half cover given only two specialists are in the squad.

Rugby league convert Te'o lost out to the heralded Francis, who has been limited to five caps. Until he was involved in a scuffle with Mike Brown during a social event at England's warm-weather camp.

Te'o was considered a certainty to travel due to his status as an ever-present under Jones, while Francis was rejected by the Saracens academy and then by Edinburgh, finding his ascension via Waikato in New Zealand and then Doncaster.

He made his England debut against Argentina in 2017 when nobody expected him to tour, and he has taken a circuitous journey to Japan.

With Jones taking 17 forwards and 14 backs - with six players included to cover the back-three alone - Francis will hope for the opportunity to show he is more than just a likeable figure who has battled personal or professional adversity. 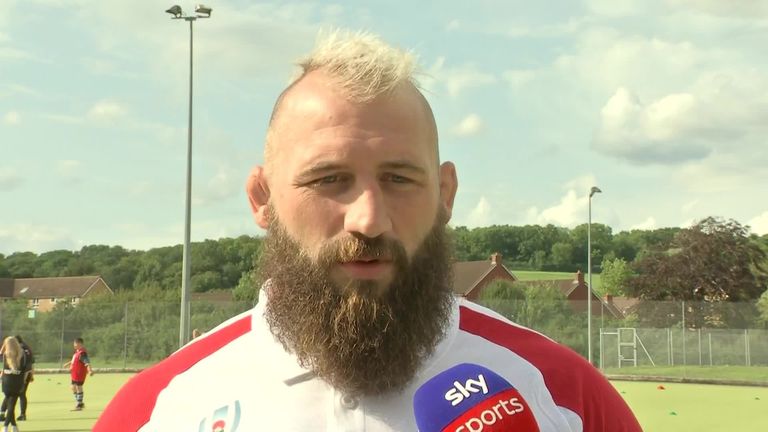 Who will become World No 1?

The importance of being No 1 in the World Rugby rankings has been played down by both camps, but it is something that could undeniably play on the mind heading to Japan.

Should England secure back-to-back wins over Wales at the Principality Stadium, the tag of being the best team on the planet could be theirs - depending on whether New Zealand can bounce back against Australia.

Wales became the first team since November 2009 to be ranked unofficially above the All Blacks, but they were top for barely 72 hours before the loss to England.

Any Wallabies victory over New Zealand at Eden Park on Saturday morning will see Gatland's men move to the summit - but should England prevail, it would be they who top the standings.

The loss of Taulupe Faletau was very noticeable as England dominated at the breakdown at Twickenham. But having started with 13 of the 15 players who clinched Grand Slam glory against Ireland, Gatland must consider whether it is wise to seek revenge with a fully loaded team.

Continuity was the message he was seeking to give out, with only Rob Evans and Josh Navidi missing from the side that beat Ireland in March.

The versatile Navidi is towards the end of his recovery from an elbow dislocation and will need to gain match fitness before the World Cup, so that fine balance between protecting assets and treating England II as a World Cup knockout dress rehearsal will again need to be struck.

The loss of Faletau with a collarbone injury was clearly felt on Sunday, but the Bath number No 8 has not played in a Test since March 2018, breaking his arm twice last season to miss Wales' Six Nations Grand Slam.

While regarded as one of the finest back-rows in world rugby, Gatland has found a way to succeed in the 28-year-old's absence, with Ross Moriarty coming to the fore in a department where Wales are well stocked.

But Gatland's side looked surprisingly vulnerable in a perceived area of depth last weekend, and he will demand improvement from his back row. Scarlets' Aaron Shingler missed last season, but has trained during the summer.

Having played the final 18 minutes at Twickenham, the towering back rower will be desperate for more time in the red jersey in front of his home fans and is again among the replacements.

Gatland needs to know if he can trust Shingler in the absence of Faletau and concerns over Navidi. Waiting in the wings is the experienced Dan Lydiate, the lucky charm Josh Turnbull, Thomas Young and Seb Davies, who will all be desperate to make a late surge for a spot in the final squad.

England face Wales for their second Quilter International on Saturday at the Principality Stadium, live on Sky Sports Action. They also face Ireland (August 24) at Twickenham and Italy (September 6) in Newcastle as part of their Summer Internationals, all on Sky Sports.