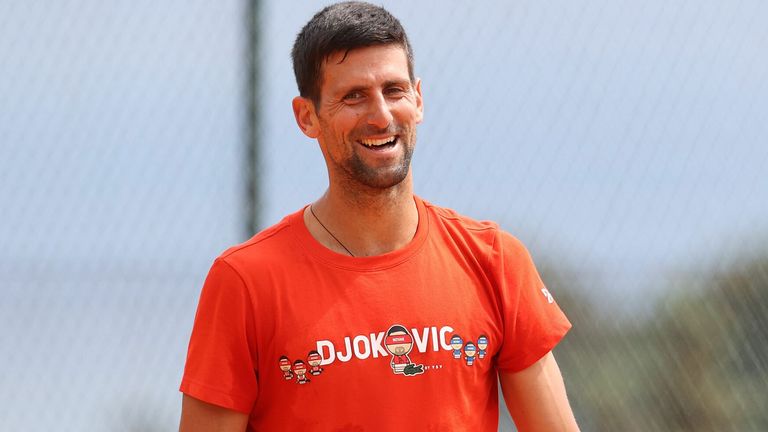 Novak Djokovic said breaking the record for most weeks spent as world No 1 was the "biggest achievement" he's ever had in his career.

Djokovic eclipsed Roger Federer's record on March 8 when he moved past the Swiss to hold the top ranking for the 311th week fresh from winning a record-extending ninth Australian Open.

He now has his eyes set on equalling and surpassing the all-time men's Grand Slam mark of 20, now shared by Roger Federer and Rafael Nadal.

"The historic achievement was of course something that was very fulfilling for me, for my family. It's probably the biggest achievement that I've ever had in my career," said Djokovic, who will meet Miami Open runner-up Jannik Sinner or 2017 finalist Albert Ramos-Vinolas in his opening match at the Monte Carlo Masters.

"It's an accumulation of all the years of success and hard work, not just for myself but all the people that are around me, my team, my family.

"I was very happy to be able to stay close to my family and share the joy with them even though the restrictions were such that we could not make maybe more of a celebration than we kind of imagined but nevertheless there were a lot of people that showed up on the streets.

"I'm very thankful to the city of Belgrade and the country of Serbia for creating some special events during that day to acknowledge the success. And it was definitely a very special day that will stay forever in my heart."

Djokovic says he is feeling "physically prepared mentally" for this year's Monte Carlo Masters - a tournament he won in 2013 and 2015.

"I missed tennis, the last couple of months that I have not been competing. So I look forward to my first match," added the 33-year-old.