Who better to talk about US Open champion Emma Raducanu, three-time Grand Slam champion Andy Murray, world No 1 Novak Djokovic and the next generation of players than tennis legends Tomas Berdych, Mark Philippoussis and David Ferrer

Tennis legends Tomas Berdych, Mark Philippoussis and David Ferrer have given their thoughts on Emma Raducanu, Andy Murray, Novak Djokovic and the current young crop of stars on the ATP Tour.

Czech ace Berdych, a former Wimbledon runner-up, Philippoussis, a former two-time Grand Slam finalist and David Ferrer, a French Open runner-up, have all been amazed by another remarkable year of tennis.

Berdych: "She's a young face of the new generation. There was a generation of Serena and Venus Williams where they won multiple Slams and then it was only recently we've seen many different Grand Slam winners. Raducanu is fresh, so I think the way she played in New York was incredible. She managed to keep herself focused, so why not? She has a chance of winning many titles. It would be great for women's tennis.

"What I learned from my career, you're the only one who stands on court. There is no one else. Your coach or parents help train and prepare you, so the end thing is playing tennis between yourself and your opponent." 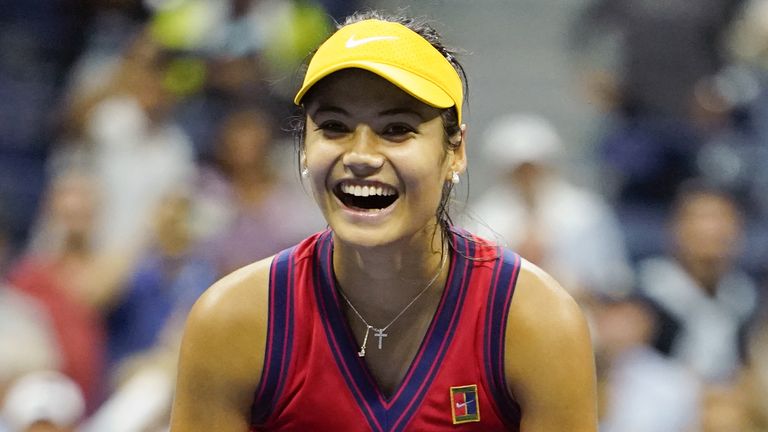 Philippoussis: "She had a hell of a run at Wimbledon, but to come through qualifiers without losing a set and dominate the whole tournament was amazing. I think you have more stories in women's tennis because it's best-of-three sets. To win seven best-of-five set matches to win a Grand Slam in the men's game - that's a lot of tennis. A lot of things have to happen, you need to be in a great place physically and mentally. You also need some luck as well."

Ferrer: "She has a great future, but the most important thing is to handle the pressure because it won't be easy when you're young and you've just won a Grand Slam. We'll see how she handles the pressure next year.

"It's going to be really important for her, but she has an amazing talent and can win [more] Grand Slams in her career."

Murray comeback and excellent end to 2021

Berdych: "I know him well. We've played each other throughout my whole career so if this is what makes him happy, satisfied, then he should keep going. That's an advantage of tennis because these kind of career decisions only really belong to you. Whatever you feel and whatever you want to do, you do it.

"Everybody gets their choice and if he feels good, it's perfect. He knows chasing a Grand Slam title is not possible now, and making more money is not an issue for him, so it's just the pure love of the sport and if he feels the level he's at right now is enough for him then keep on playing, why not? I would probably be playing myself if my hip and lower back problems didn't bother me and I had a solution to it."

Philippoussis: "It's awesome seeing him. He shows his passion being out there, grinding, enjoying, and competing."

Ferrer: "He finished the year playing really good. It's important for Andy to play big tournaments, rest, and be ready for playing tournaments he decides to play." 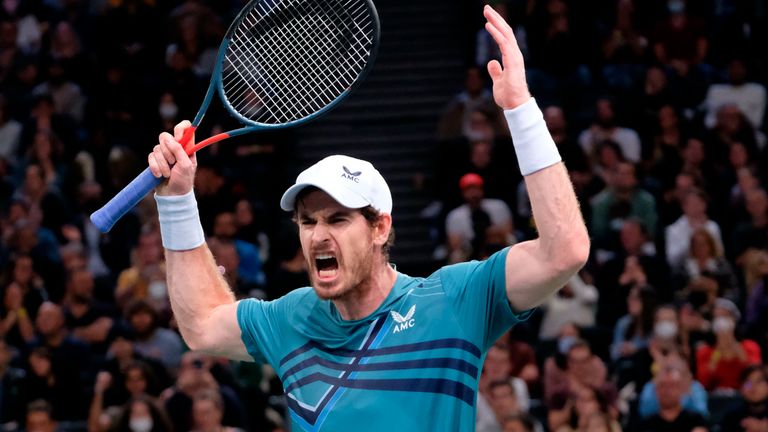 Berdych: "He's going to have more of a difficult time next year, definitely. I'm not saying he has no chance of winning a Slam - he has a pretty good chance - but I think he's going to have to avoid a tough match which will drain him over five sets because it's two weeks, seven matches, and you need to stay healthy.

"He's been so strong where nothing could break him, which is why he has been dominating, but I think now he's getting a little bit more fragile. Next season is going to be interesting. I think he's got the chance of winning at least one Grand Slam next year."

Philippoussis: "This guy in best-of-five sets is an animal. To beat him in best-of-five you will have to play a hell of a match and I think at the US Open (after losing the final against Daniil Medvedev) he never gave himself a chance because he was so nervous.

"The beautiful thing about that was he showed how human he was. He won a lot of fans over that day - when he broke down it just showed how much it meant to him because he maybe has looked quite cold on the court.

"By the time he's done he's going to surpass all the numbers in every department in tennis."

Ferrer: "It's going to be close next year. He's one of the best players on the planet. The problem for Roger Federer is that he won't play Australia and there are serious doubts about whether he will play at Wimbledon.

"At the moment, Djokovic is playing well and he is healthy, but I [also] think Rafael Nadal has a chance to win the Australian Open, for sure."

The Next Gen have arrived

Berdych: "Roger Federer, Rafael Nadal and Djokovic have been around for a really, really long time and it shows just what a great generation of tennis it has been. We could now expect more unpredictable results.

"I really like the way Stefanos Tsitsipas plays because he plays very aggressive and creative on court. The second half of his season has been a bit flat though."

Philippoussis: "Medvedev, Alexander Zverev and Tsitsipas are the main men. There are other guys too, but they're not as consistent as the three mentioned.

"I'm excited with Tsitsipas most of all because I love his all-round game. I love his passion, just love the way he gives it all, and shows how much it means to him out on the court. He's a beautiful mover and not scared to come to the net."

Ferrer: "They're improving every year. We cannot compare this generation with Rafa, Roger and Novak because that's impossible. They're the best three players in history.

"For me Zverev, Medvedev and Tsitsipas - they are there. Carlos Alcarez is 18, but he's improving a lot and he's the future. His team is very good with coach Juan Carlos Ferrero, but the most important thing is that he is humble and he listens."

Tomas Berdych, Mark Philippoussis and David Ferrer were speaking at the ATP Champions Tennis at the Royal Albert Hall. Don't forget to follow us on skysports.com/tennis, our Twitter account @skysportstennis & Sky Sports - on the go! Available to download now on - iPhone & iPad and Android