Great Britain's Davis Cup campaign came to an end in a tense quarter-final defeat to Germany in Innsbruck.

Leon Smith's side were looking for a repeat of their victory over the same opposition in the last eight two years ago and made the perfect start when Dan Evans thumped Peter Gojowczyk 6-2 6-1. 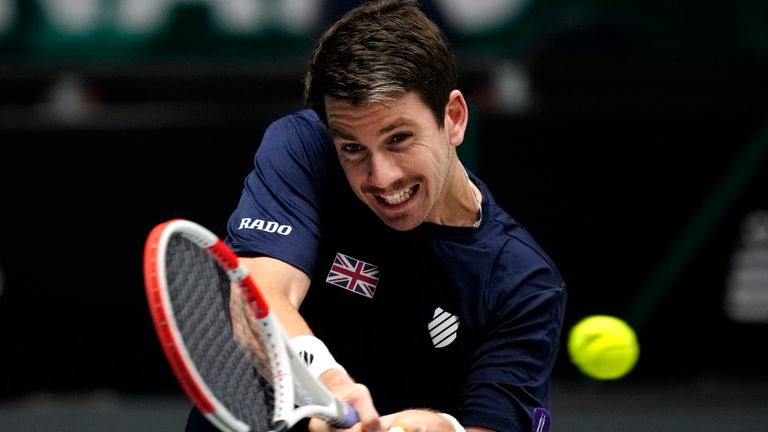 Norrie has had an outstanding season and the 26-year-old, who has climbed from 71 in the rankings to 12 in 2021, certainly deserves a holiday but it is only a month until the new season begins with a very similar competition in the ATP Cup, where he will again lead the British team

Norrie to lead Britain in the ATP Cup

Smith said: "Everyone is gutted, obviously. We've had some good days, but it's a tough day to swallow. Can't fault any of the guys' efforts or the team bench. Everyone gave their best effort.

"The sets could have gone either way and it could have been a different outcome. But it wasn't to be today."

Salisbury and Skupski recovered from a shaky start against France on Saturday to claim the crucial victory over the Czech Republic in style and send Britain through to the last eight for the sixth time in seven editions.

Krawietz and Puetz were unbeaten having got the better of Novak Djokovic and Nikola Cacic in their group win over Serbia, and they were marginally the better team in the opening set, forcing Skupski to save a set point at 5-6.

Salisbury and Skupski held a 6-4 lead in the tie-break but could not take any of their four set points and, with each point ratcheting up the tension, it was Germany who struck.

The second set followed a similar pattern but Britain looked set to force a decider when they led 5-0 in the tie-break only for Germany to win seven points in a row, sparking huge celebrations.

Salisbury is a four-time Grand Slam champion but this week has been his first experience of Davis Cup tennis.

He said: "They played well at the end of the second-set tie-break, but we didn't. We're 5-0 up, we should win the tie-break, simple as that.

"I have loved this week, loved playing for Great Britain. I think it's extra pressure, which often I feel helps me to perform well and I feel like I have played my best in some of the biggest matches that I have played. But this week that didn't happen."

Germany will travel to Madrid for the semi-finals on Saturday while Britain head home and must win a qualifying tie in early March to book their place in next year's finals.