Henri Leconte says Nicolas Massu coaching Dominic Thiem is a recipe for success. Could this be his year?

"He has everything." Tennis legend Henri Leconte says Dominic Thiem could be the silent assassin of this year's Australian Open.

The so-called Big Three of men's tennis continue to dominate the game. Roger Federer, Rafael Nadal and Novak Djokovic have won the last 12 Grand Slam titles between them and there does not appear to be anyone ready to make the step up and challenge them.

There's been a lot of tennis aficionados jumping on Alexander Zverev and Stefanos Tsitsipas to finally end the sequence, but Germany's Zverev has yet to make it beyond the quarter-finals of a major, while although Greek star Tsitsipas reached the final four in Melbourne last year, he ended up losing in straight sets to eventual runner-up, Nadal.

getting ready for AO pic.twitter.com/L75dV6MIez

Daniil Medvedev has shown his mettle after making his first Grand Slam final at the 2019 US Open, but world No 1 Nadal was there at the end waiting to stop the Russian in his tracks.

Then there's the likes of Denis Shapovalov, Karen Khachanov, Felix Auger Aliassime, Alex de Minaur, and Next Gen champion Jannik Sinner who may think they are ready to take over at the top.

Perhaps one name we tend to forget is world No 5, Thiem. At 26, he's not young enough to be placed amongst the up and coming tennis stars, and not quite at an age where he is seen as a wily old fox. The Austrian is somewhere in the middle - a lost generation of sorts.

Let's not forget Thiem is already a two-time French Open finalist and he claimed his maiden Masters title in Indian Wells last year. 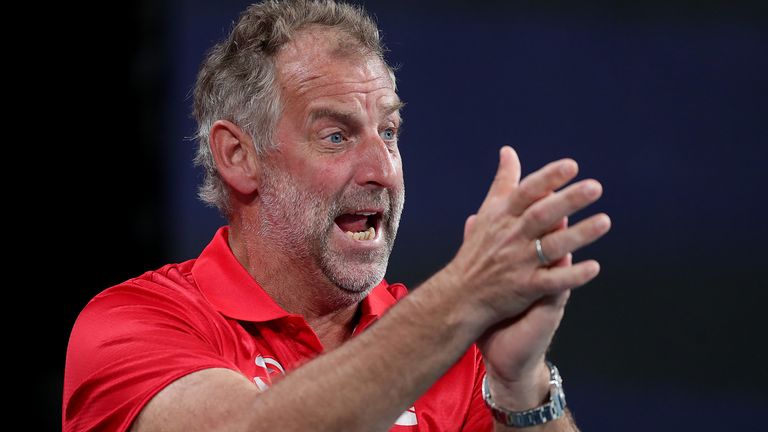 I want to be committed. I think he's got the skills to be, he's one of the top players, but you can take it further. He has the chances to win Grand Slams. We know that. He has the ability to do that, and I wouldn't have done that for anybody else. But when this came up, when we started talking about this opportunity, I really had to pinch myself and go, ‘Well, do I want to do this?’ I said, ‘Yeah, I want to.’ I want to commit myself to this guy, and I want to make him better than I ever was.

Thomas Muster on working with Dominic Thiem before split

He has plenty of experience on clay and hard courts. In fact, since he parted ways with long-time coach Günter Bresnik, Thiem has excelled under the guidance of Nicolas Massu.

He initially agreed to also work alongside Austrian captain Thomas Muster. The former World No 1 had been due to join Thiem's coaching team for 20 weeks in 2020 before they split midway through the Australian Open. Was it amicable? Only Thiem and Muster know.

"He has great potential, he has everything, he is capable of lifting his game and changing the pace of the ball to do something different on a court compared to some of the Next Gen players," 1988 French Open finalist, Leconte, told Sky Sports' Raz Mirza in an exclusive interview.

"If we look at Stan Wawrinka as an example, it took him a few majors before he won one and then he went on to win three. He was knocking on the door for a long time, which is similar to what is happening with Thiem at the moment.

"Thiem has been working with Muster who knows how to handle the pressure at the very top and I think that is a good sign for Thiem - this could be his year.

"I'm really keen about Thiem. He's a great guy and actually he reminds me a little bit of Muster when he was young. Look, everybody keeps saying that he is only capable of playing on clay and then he starting winning tournaments on hard courts.

"He's a typical hard-working player, doing the right things, he's talented in the way he is producing his game." 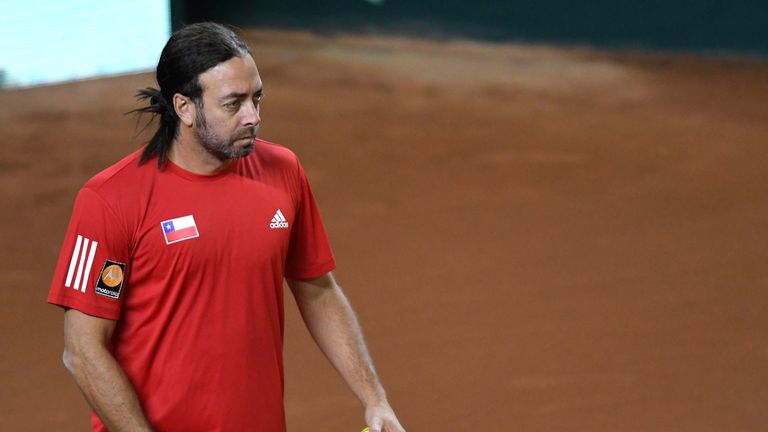 You know why it works with Thiem? Because Massu is crazy. He's completely nuts, but a good nuts.

Thiem has reached the fourth round in Melbourne twice before, but he is now ready for a quarter-final showdown against top-ranked Nadal - his greatest obstacle in the sport.

Leconte, who made it as far as the last 16 of the Australian Open in 1985, feels Thiem made the right decision leaving Bresnik and he is now working on his game alongside Massu to become the best in the business.

"Massu was a worker as a player so the combination works well," he said.

"You know why it works so well with Thiem? Because Massu is crazy. He's completely nuts, but a good nuts. He's a funny guy who enjoys life. He works hard and plays hard. Massu makes Thiem seem more like a human being and not like a machine. He also makes him believe that he can do it."