Heather Watson has called for more young girls to get into the sport after giving a bleak assessment of the future of British tennis.

Watson has called for more to be done to show young girls that tennis can provide a bright future for them.

"I think we do have to get that message across," she said. "We don't have the excuse of bad weather or anything, because then you've got countries like Czech Republic that are doing great. France has rainy weather, too. They've got so many players.

"I definitely think we need to get more young girls in the sport. It's a great career path. Show young girls that tennis and sport is a positive thing. It's a good life." 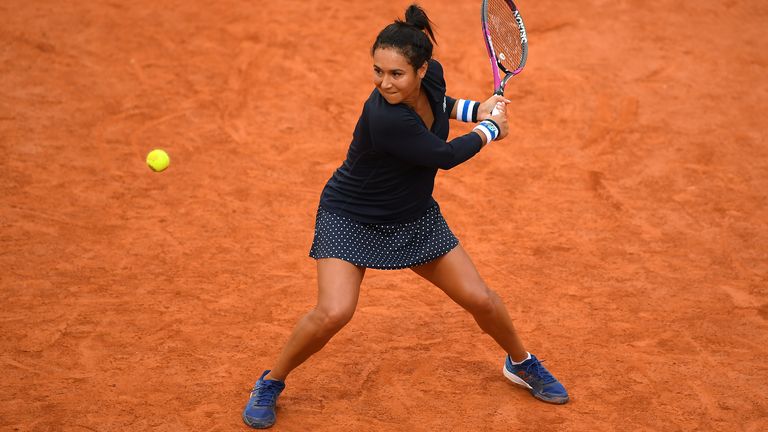 After just three days of the French Open, no British singles players remain, with Watson joining Andy Murray, Johanna Konta, Dan Evans, Cameron Norrie and Liam Broady by going out of the tournament.

It is the first time since the same tournament in 2013 that no British players have made the second round at a Grand Slam, and caps a disappointing year at the majors as a whole.

And the 28-year-old pulled no punches when assessing the future of British tennis.

"I feel like we've got a good little group of players right now, but little. I don't really see who's next. I don't see who's going to be top 50," said Watson.

"I think personally that more players need to get help rather than just helping your selected players - I don't know how many there are, but a handful of players.

"I feel like there needs to be a bigger pool of support. That way you're not spoiled and not given everything at a young age. You need to work for it, learn the grind and the hard work of the tour, what it takes. It would give more people the opportunity."

Watson's words were pointed because the Lawn Tennis Association's strategy for addressing a chronic problem with strength in depth is to heavily support a small number of players through two national academies in Stirling and Loughborough.

There is financial support at a lower level for players who miss out on selection for the academies but there are plenty of critics who believe it is the wrong path.

Watson said: "I feel like the more people you help, the more competition there will be. You don't know who's going to make it. Everybody can have their opinion. You have your talented people, but you also have your hard workers, the people that are dedicated, ask all the questions and that.

"It's not just the talented people that get through. If you give the hard workers an opportunity, too, you'll have more of a pool of players. When you see your countrymen and women doing well, it spurs you on, it inspires you, it inspires people to play the sport in general."

It is not all doom and gloom. In Jack Draper and Emma Raducanu, who are 18 and 17 respectively, Britain has two outstanding prospects, but the path to the top is fraught with potential pitfalls.

Asked if she would consider getting involved with the LTA at the end of her career in a bid to help change things, Watson said: "I definitely wouldn't want to get involved because of the politics.

"There's loads of politics involved. If I'm honest, I don't think my voice would be heard anyway."