Transfer news: Eden Hazard has stated that he is staying with Chelsea 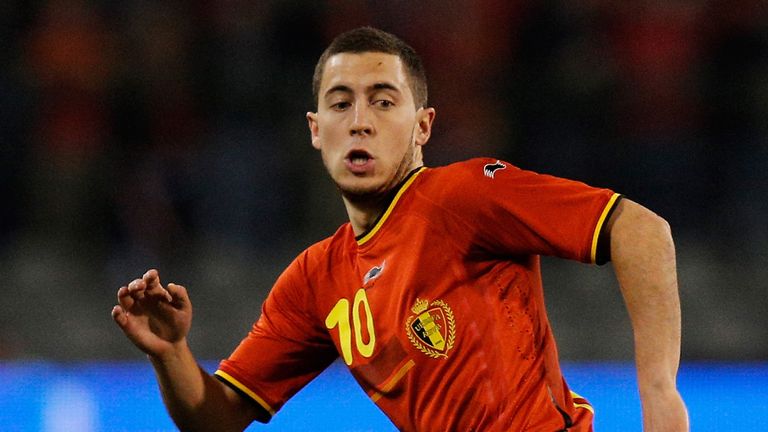 Eden Hazard has stated that he is fully committed to Chelsea and has no intention of leaving for Paris Saint Germain this summer.

The 23-year-old Belgian star has also revealed that he has opened talks about a new contract at Stamford Bridge, emphasising he has no plans to leave the West London giants.

Recent weeks have seen intense speculation over Hazard's future, with PSG strongly linked with a big-money offer for Hazard amid claims that he is unsettled.

But now, on the eve of the World Cup finals, Hazard has moved to quash any further speculation about his future, with the Young Player of the Year insisting that he is staying with Chelsea.

Speaking to Belgian newspaper La Derniere Heure, he revealed: "I won't go to PSG, I am staying at Chelsea 100 per cent.

"We are talking with Chelsea about a contract extension, but there's no hurry on that.

"Of course in football you never know but I am under contract with Chelsea and I want to stay there.

"It is only the beginning of the talks right now so we have time, but the fact that Chelsea have offered me a new deal means they have a lot of confidence in me that I can do a good job and that they can count on me.

"PSG never made any suggestions to me personally."

Hazard is currently with the Belgium World Cup squad, who are due to arrive in Brazil on Tuesday.