VAR in the Premier League: Everything you need to know

Offsides, handballs, penalties, phases of play... a full guide to the introduction of VAR in the 2019/20 season 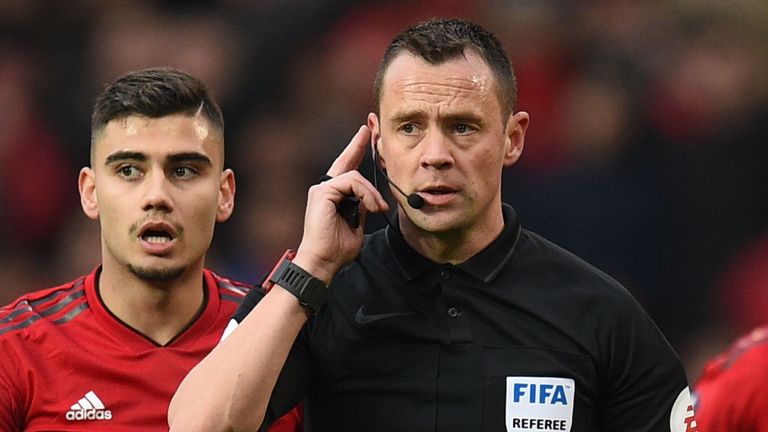 It's coming. VAR will be used in all 380 Premier League games this season, so we've put together a handy guide to answer your most pressing questions.

Will assistant referees ever raise their flag again? Can goalkeepers move a muscle at penalties? Will every ball to hand be penalised? And what on earth classes as a phase of play?

Don't be left scratching your head. Here's all you need to know about VAR's use in the Premier League...

I'm a bit rusty, so remind me: what will VAR check?

VAR will automatically check these situations, often in the background while play is resuming. The final decision will be with the on-field referee, however.

There are no exceptions to these four areas; you won't see any checks for corners, throw-ins, yellow cards or even second yellow cards. If the incident doesn't fall under those four points, it will not be reviewed. Though VAR often takes place in the background, the final decision will be with the on-field referee

Some decisions are factual, and others subjective, right?

Correct. For example, you're either offside or not. It's a factual decision. So the VAR will check offside decisions and tell the on-field referee what they see.

Other factual decisions include: whether a foul is inside or outside the box, or whether the ball has gone out of play before a goal.

Admittedly, yes. Harry Kane's penalty award in Spurs' 1-0 win over Chelsea in the EFL Cup semi-final first leg came from an initial tight offside call, which the VAR deemed to be onside. The Premier League will use a 3D line to judge offsides, rather than the 2D used in some competitions last season

The VAR used a 2D line, which stopped at Kane's foot and showed him onside. However, after the game Chelsea's staff showed a separate angle and showed Kane's body was leaning over in an offside position.

But don't worry. Disparities like this will be cleared up for the 2019/20 season, with the Premier League adopting a 3D line, similar to that used in the Champions League. The 3D lines are far more agile in assessing offsides.

If they see a clear offside offence, yes. However, as we've increasingly seen, in immediate goal-scoring chances the referee will delay the whistle until the outcome of that chance. The VAR will then check the offside.

Crucially, referees will stress that players must play to the whistle, not the flag. 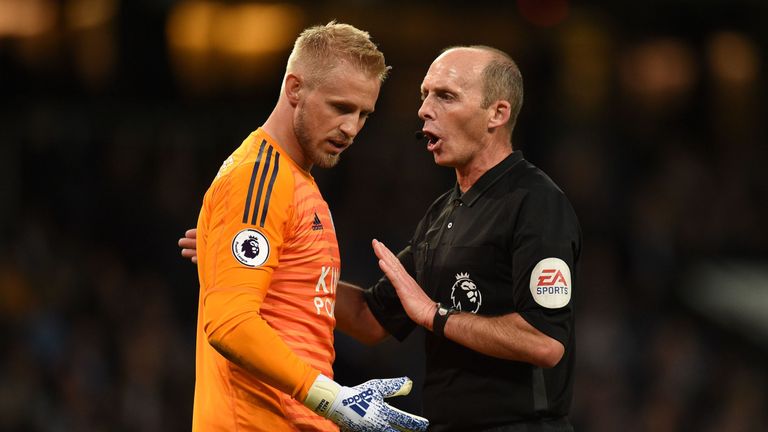 For example, the decision whether to show a red card for a tackle still comes down to perception.

A lot of weight is given to the referee's initial, real-time perception of a tackle. If the referee acknowledges that a defender has gone in high and more or less describes what the VAR can see on screen, and still shows a yellow card, that decision is likely to stick, unless VAR shows the referee has missed a major characteristic of the tackle.

I'm getting there... what do you mean by the referee's initial perception?

This is where it gets a bit complicated.

Because VAR only deals with "clear and obvious" errors or "serious missed incidents", if a referee does see an incident, then describes that incident accurately and disciplines accordingly, it is difficult to overturn. That is, unless they've missed a characteristic of the incident that the VAR deems to be serious.

A good example comes from Manchester City's 2-1 win over Liverpool in January, where Anthony Taylor showed Vincent Kompany a yellow card for a foul on Mohamed Salah. Many felt the tackle warranted a red, but if Taylor's words to the VAR more or less mirrored what we could see on screen - one foot off the floor, studs up, eventually wins the ball and just catches Salah - it is difficult to overturn. 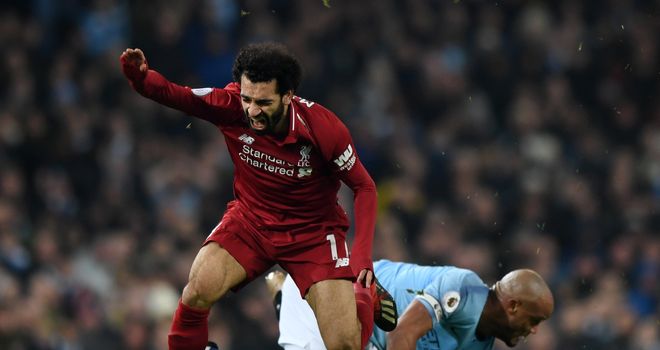 Even with VAR, it is very unlikely Kompany would have been shown a red card for his tackle on Mohamed Salah in January

Even with VAR, it is very unlikely Kompany would have been shown a red card in that situation if Taylor had described it accurately to the VAR.

What about those dreaded 'phases of play'?

Many decisions will depend on which phase of play the incident occurred in. For instance, a foul or offside can only be reviewed if it occurred in the phase that directly led to a goal.

However, football is an extremely fluid game, so identifying a phase is a subjective exercise.

Factors to consider when the referee or VAR defines a phase of play, and whether a phase has been reset, include:

Each example is likely to differ from one another, so this will be an unavoidable area of contention, but one that the Premier League VARs are well-trained on. What sort of accuracy are the PL aiming for?

The Premier League have stressed VAR will not automatically bring 100 per cent accuracy. In fact, that may never be possible.

The current accuracy rate for key game incidents is 82 per cent, and the introduction of VAR will no doubt improve that. To what extent, we will discover as the season progresses.

What about the delay?

In Premier League testing, the average time for a VAR review (an overturned decision) has been 84 seconds.

In terms of VAR checks - mainly goals, red cards and penalties - the Premier League averaged eight checks a game. That is about average across all competitions that use VAR, and those checks caused a 22-second delay to the entire game.

The Premier League also want to use the Referee Review Area (RRA), or the pitchside screen, sparingly, which should speed up the process significantly.

Will fans inside the stadium be more in the loop?

In 18 of the 20 Premier League grounds, big screens will signify that VAR is in use, what decision it is in use for, and what the outcome is, with a short clip showing the final incident. 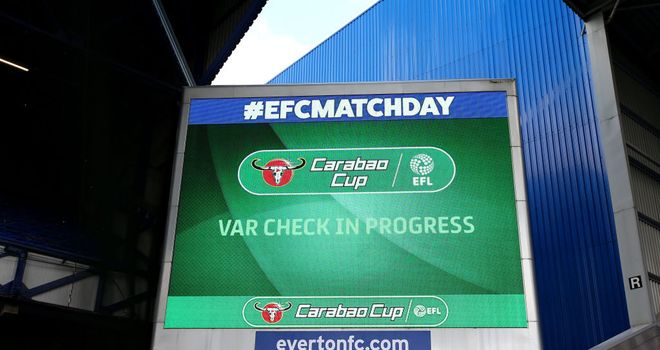 In 18 of the 20 Premier League grounds, big screens will signify that the VAR is in use and show clips of incidents once a decision is made

At Anfield and Old Trafford, the only two Premier League grounds without big screens, the scoreboard and pitch-side advertising boards will be implemented for text, as well as PA announcements.

The Premier League was also investigating the possibility of messages and video-clips being viewed on handheld devices via an app.

So, the PL are finally adopting VAR. Will its use differ to other competitions?

The main thing to note is that Premier League referees have been ordered to set a "higher bar" for deciding when they need to use the pitch-side review area.

This is encouraging, and should reduce the repeated breaks in play we saw at the 2019 Women's World Cup, where referees regularly jogged across to monitors to double-check decisions. In England's 3-0 win over Cameroon in the second round, a total of 18 minutes were added on.

Will handball laws be relaxed?

Thankfully, yes. In the Champions League in particular last season, many controversial handballs were awarded, perhaps the most memorable coming in the last seconds of Manchester United's win at PSG in March. Presnel Kimpembe was the unlucky man as Diogo Dalot's shot from around six yards away hit his arm, which was at a 45 degree angle beside him. 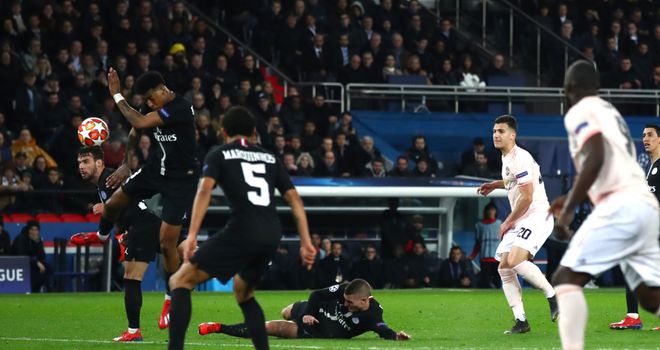 Many strongly felt greater clarity was needed for referees when it comes to handballs, so IFAB (International Football Association Board) has reworded the rules.

Deliberate handball remains a foul, but a free kick will be awarded in the following scenarios, even if accidental:

However, the following will not usually be a free kick unless they are one of the above situations:

Please don't tell me the goalkeeper's positioning at a penalty will be scrutinised like it was at the Women's World Cup?

Don't worry. VAR won't rule on the goalkeeper's position at penalties in the Premier League next season.

Any more questions? Ask them below in our comments section if reading on skysports.com