Dele Alli's form is under scrutiny but has he really lost his edge?

Tottenham's Dele Alli finds his form being questioned right now but there seems to be some confusion about what type of player he was in the first place, writes Adam Bate “Three years ago, you were supernatural. You was hard and nasty. But then, the worst thing happened to you that could happen to any fighter. You got civilised.” – Mickey Goldmill

Those were the words of Rocky Balboa's trainer when he thought the boxer had lost the eye of the tiger in the 1982 film sequel. It is tempting to make comparisons with the recent struggles of Dele Alli, English football's own street fighter. He's not quite the Italian Stallion but he is a man once described by Mauricio Pochettino as his untameable wild horse.

Alli has had to scrap his way to the top too. No respecter of reputations, zero compromise, the boy from Milton Keynes had not been refined in a top academy but nor did he appear constrained by it. Here was a player with an edge to his game.

Four years on from his Premier League breakthrough, the loss of that same edge offers a seductive explanation for the dip in form that has seen Alli lose his place in the England team and find himself under scrutiny at Tottenham too.

Against Liverpool on Sunday, Alli's performance was the focus of lengthy debate among the Sky Sports panel afterwards. Another big game appeared to have passed him by.

Graeme Souness described Alli as a shadow of his former self. The player's former England coach Gary Neville, a long-time admirer, seemed disappointed rather than angry.

Roy Keane summed up the mood.

"He had a desire to get in the box. He was always nasty, playing on the edge, getting sent off once or twice, but today he was non-existent. He's been like that for a year or two." 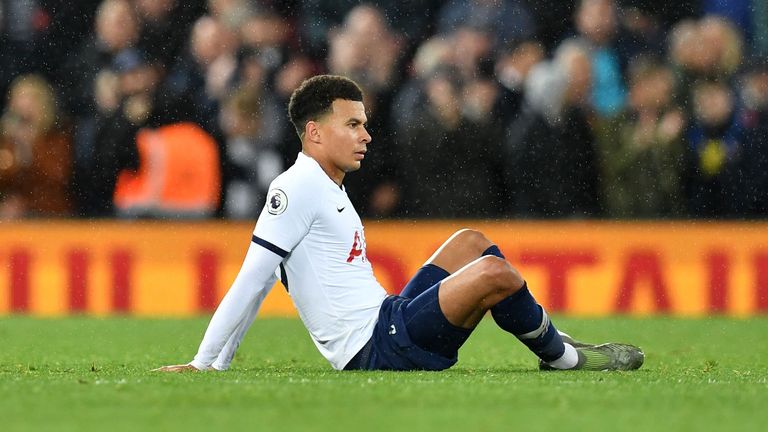 The consensus is that Alli needs to get back to basics. Start doing the things that made him such a potent player in the first place. Just knuckle down and the form will return and with it the praise. Praise that once earned him back-to-back PFA young player of the year awards.

He is still only 23. That is well worth remembering. But already he is being discussed like he is a lost talent. A lament about what once was.

So what is the truth about his predicament? What has really happened to Alli? Is it as simple as a lack of desire - just another example of a young man who, like the fictional Balboa, has forgotten what helped take him to the top? Or is something else happening here?

The numbers do not necessarily reveal what you might expect.

For example, Alli actually covered more ground than any other player on the pitch at Anfield on Sunday. In an intense match - one Liverpool manager Jurgen Klopp described as "just how football should look" - Alli outran the lot of them.

He did exactly the same thing prior to his second-half substitution in an altogether more impressive performance in the 5-0 win over Red Star Belgrade last week.

There is more to football than running, of course, but this does at least suggest that Alli's troubles cannot simply be put down to a lack of effort. He ranks highly for high-intensity sprints too. If Mauricio Pochettino and his staff are scouring the physical data for an explanation then it is likely that they will be searching in vain. 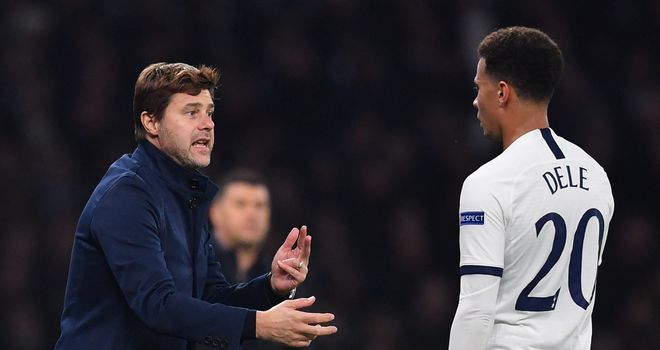 The problem is that Alli's on-the-ball stats are similar to before too. There is no smoking gun here. No obvious explanation in the underlying numbers that tells a tale of a player whose form has fallen off a cliff. Much of the evidence seems to suggest that Alli is doing very similar things on the pitch to what he was doing when he was impressing.

In his first season at Tottenham, he averaged 64 touches per 90 minutes. This season it is 65. That has remained pretty constant throughout his career.

In his first season at Tottenham, he averaged 39 passes per 90 minutes. He did the same in his second season. As for the current campaign? Yes, it's 39 passes again.

Alli is as involved in the action as he has ever been.

The difference has been the goal return.

Last season was by far his worst in front of goal. He found the net just five times.

However, there were some mitigating circumstances. Firstly, he did not have as many minutes on the pitch as before. Injury saw him miss much of October and all of February.

Secondly, even when he did play his role had changed. Tottenham's troubles in midfield, coupled with the form of Heung-Min Son, meant that Alli was often deployed deeper than he had been when plundering 18 Premier League goals during his sophomore year at Spurs. 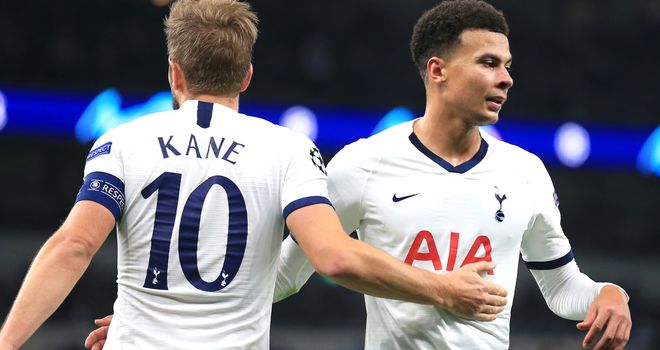 That season he found himself as the support striker with Harry Kane the only team-mate ahead of him. In fact, five of those 18 goals came when Kane was injured and there was even more onus on Alli to score the goals. He is a less obvious recipient of those passes now. So perhaps this is a Tottenham team that is no longer using him in the same way.

That would appear to tally with Jamie Carragher's assessment.

"He's not a midfield player for me," he told Sky Sports at the weekend. "At his best, he was playing as a second striker behind Kane. I know we have talked about Frank Lampard and a young Roy Keane, I've never seen him as some great player on the ball.

"He got in the box, he was aggressive and scored goals. He was like an aggressive David Platt. He got goals, there wasn't too much more to his game. It wasn't a Lampard, Paul Scholes, Steven Gerrard thing running from really deep in midfield, it was actually just behind Kane and that was where he got all of these goals."

So does this neatly explain why the goals have stopped? Not quite.

It is true that Alli has had far fewer shots in the past two seasons than he registered in his first two. Initially, this seems like a solid explanation for his declining goal return.

As a result, the expected-goals model that rates each shot for quality presents a picture of relative consistency. Based on the chances that come his way, Alli's record suggests that he should have scored a non-penalty goal every 380 minutes over the past two seasons.

That is down from 339 in the season prior to that and 344 minutes in his first year at the top level. But not by much.

The anomaly here is that second season - the 18-goal season - when he was expected to score a non-penalty goal every 244 minutes. That is the spike. The broader picture is of a player who can be relied upon to score a goal roughly once every four games.

"I thought he was going to be a star," said Souness. "I thought he would be a Frank Lampard, someone who would get lots of goals."

But perhaps that was optimistic.

Alli has not declined as much as it might seem but he has not kicked on as anticipated either. Was that expectation of improvement unreasonable? Maybe.

What made Alli so good was that, despite his youth, he swaggered into the Premier League almost fully formed, with 76 senior appearances already to his name.

That precocity is impressive but only for so long.

Now he is facing the expectations that come with being a senior player in a side that is suffering. Two goals in all competitions for club and country since Christmas makes criticism inevitable, of course.

But maybe the problem is also the solution.

When Alli does not score then his whole game is viewed through that prism - the non-scoring, non-playmaker, who has lost his edge.

When he does score, the picture looks different - he is suddenly seen as a hard-running pressing machine who can pop up with a goal to save his side.

Civilised or not, Alli could do with the second version making an appearance soon.