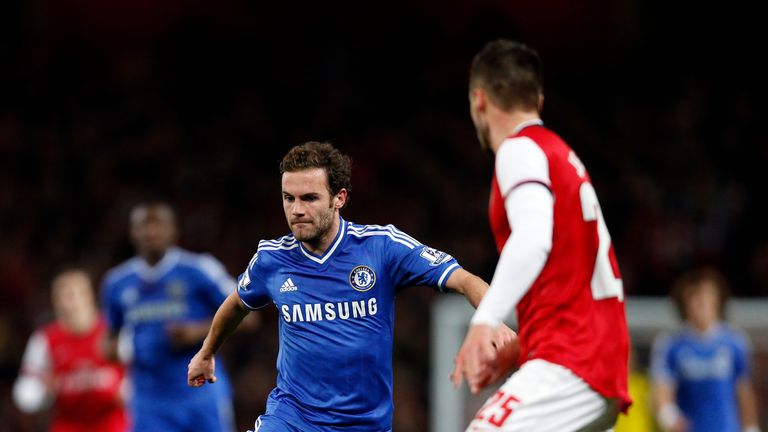 It is understood that the Spaniard will move to Old Trafford, with reports suggesting that the Blues have accepted a £40m offer from the Premier League champions.

However, Wenger believes it is unfair that Chelsea are selling Mata to United, particularly as the two clubs have played each other twice in the Premier League this season.

"Chelsea have already played twice against Man United, they could have sold him last week.

"I think if you want to respect the fairness for everybody, this should not happen.

"I can understand completely what Chelsea are doing, and they do not make the rules, but maybe the rules should be a bit more adapted for fairness."

Arsenal, who are two points ahead of third-placed Chelsea, could face Mata when United travel to the Emirates on February 12.

None of this will concern United, whose dreadful campaign has led to manager David Moyes being savaged by fans who bombarded radio phone-ins to express their concerns.

Others have been more measured in their assessment, acknowledging the squad left by Sir Alex Ferguson was flattered in the extreme by a 20th championship, achieved by a massive 11 points.

It has created a situation where everyone, inside Old Trafford and out, accepts a major injection of morale is required.

Former defender Gary Pallister insists Mata will provide that, and said: "He is a fantastic signing."

Speaking at the National Football Museum, where he helped launch an exhibition dedicated to the 125th anniversary of the Northern League, Pallister added: "He has great skill, great imagination, flair and goalscoring ability.

"A lot of people can't quite understand why he has not been in Jose Mourinho's team after being player of the year for the last two seasons.

"He is the kind of player Manchester United fans want to see. He has great imagination and can get people off their seats in anticipation of the things he can do with a football.

"We are delighted to get hold of him. Hopefully he can help lift Manchester United out of the spell they are going through."