Transfer news: Lacine Brahimi looking to take a step up in class 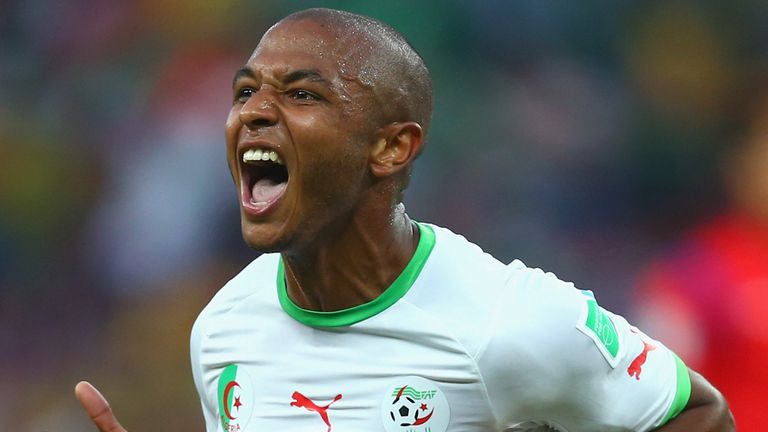 Lacine Brahimi: Catching the eye at the World Cup with Algeria

Lacine Brahimi has opened the door to a summer transfer by announcing that he wants to join 'an upscale club'.

The 24-year-old is currently impressing on the World Cup stage with Algeria.

He has netted one goal and made two more en route to a second round clash with Germany on Monday.

Having caught the eye, Brahimi believes he is now ready to take another step up in his domestic career.

The last two years have been spent controlling the midfield at Granada, initially on loan and then on a permanent deal.

He believes he has improved considerably during his time in Spain and has welcomed reports of interest from the likes of Valencia, Tottenham Hotspur and Everton.

Brahimi told Le Parisien: “I learned from my time at Rennes and in the last two years I have grown and matured.

“My goal is to go to a more upscale club, but I still need to improve some things: my scoring, making assists and not just dribbling for the sake of dribbling.”

Brahimi’s representative is also of the opinion that his client is ready to make a career leap and prove that he is capable of staying on an upward curve.

Francois Gil said: “A match like this (against Germany) is a real achievement for a player who was able to overcome challenges and move abroad after an early career marked by meandering.”