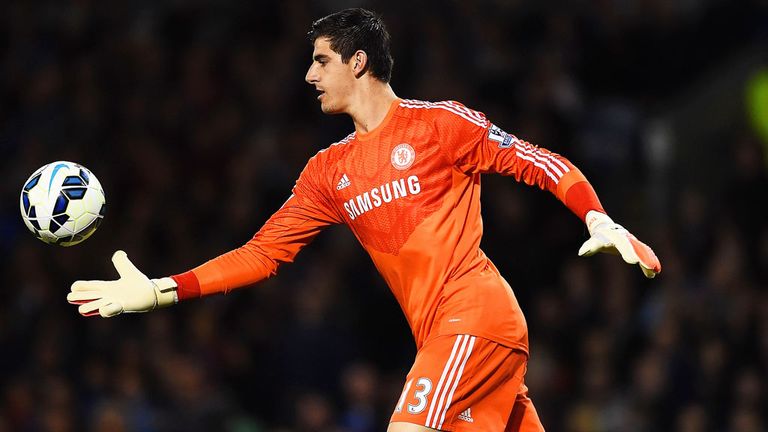 Thibaut Courtois expects to sign a contract extension at Chelsea once he returns from international duty with Belgium.

A five-year deal is on the table at Stamford Bridge, with Jose Mourinho looking to secure the services of his new first-choice goalkeeper for the foreseeable future.

Courtois has had to be patient in his efforts to earn recognition in England, with the past three seasons spent on loan at Atletico Madrid.

It was during his time in Spain that the 22-year-old established a reputation as one of the finest young shot-stoppers in world football.

"It’s not yet signed. I am here with the national team so it is difficult, but when I am back at Chelsea I will probably sign the new contract."

He has seen his form rewarded by club and country and admits that he is now ready to commit to Chelsea by agreeing fresh terms.

Courtois told Sky Sports: “It’s not yet signed. I am here with the national team so it is difficult, but when I am back at Chelsea I will probably sign the new contract.”

A man who won the La Liga title with Atletico last season and graced the UEFA Champions League final has also been discussing his personal battle with Petr Cech at Stamford Bridge.

Courtois has ousted the long-serving Czech from Mourinho’s plans and admits he has no intention of letting his more experienced colleague get another look in.

He said: “We don’t talk about the situation, but of course I know he has played 10 years at Chelsea and that now I am playing and for him it’s not the nicest situation. But that is the decision of the board and the trainer.

“He is working hard in training to be ready when I cannot play or I am maybe not playing well. We work well together.”

On his desire to make as many appearances as possible in 2014/15, Courtois added: “Of course the Champions League is something great that you don’t want to miss. Last year with Atletico I played the final. I also played the final of the cup when we won against Real two years ago.