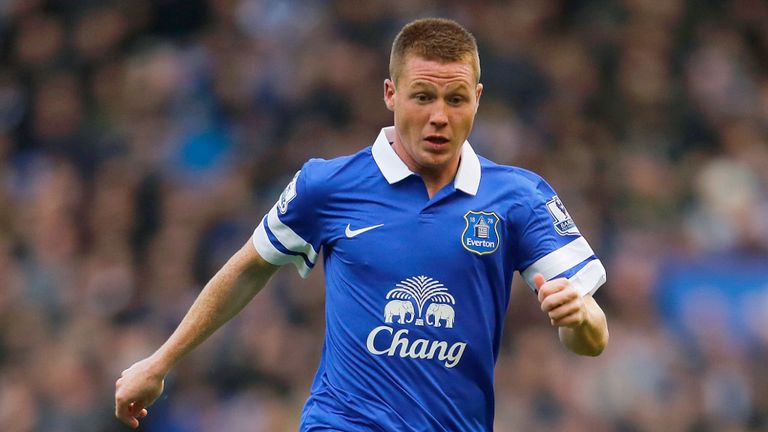 James McCarthy: The midfielder is admired by boss Roberto Martinez

Roberto Martinez says he is not surprised by the interest shown in midfielder James McCarthy but is determined to keep him at Everton.

The Republic of Ireland international was reunited with former manager Martinez when he secured a £13m deal for him from Wigan on transfer deadline day last summer.

And McCarthy, who began his career with Hamilton in Scotland, has rewarded the Spanish boss with a string of fine displays which has seen his 23-year-old become a potential target for the Premier League big boys.

However, Martinez is determined to keep the player on Merseyside, despite all the speculation surrounding his future.

He told The Sun: "I'm a big fan of his. The interest doesn't surprise me and all the admiration from outside is welcome.

"James' future is at Everton and he has many things to achieve with us."