Inter Milan have confirmed the signing of Romelu Lukaku from Manchester United on a five-year contract for a fee of around £73m.

The Belgium international arrived in Italy for his medical on Wednesday and has now sealed his move to the San Siro on a deal until June 30 2024.

"Inter were the only club I wanted," Lukaku told their official website. "I'm here to bring the Nerazzurri back to the top."

Manchester United later confirmed the transfer on their website.

"Everybody would like to thank Romelu for his efforts at the club and pass on our best wishes for the future," read a short statement.

Lukaku had been training with his former club Anderlecht and the player's agent, Federico Pastorello, posted an Instagram image of himself and the striker on a private jet on Wednesday evening with the caption: "Ready to take off...direction Milan", and the location set at Brussels Airport.

The 26-year-old had been linked with a move to another Serie A side - Juventus - earlier in the transfer window.

But that would have formed part of a swap deal with forward Paulo Dybala which eventually fell through.

Lukaku leaves Old Trafford having scored 42 goals in 96 matches for United after joining from Everton for £75m in July 2017.

'Lukaku's time in England is book-ended by disappointment. As a teenager at Chelsea, he was unable to make a first-team breakthrough, forcing him out on loan before an eventual permanent departure. Then, in his final season at Manchester United, he struggled for form, drifting in and out of the team and scoring just 15 goals in 45 appearances. 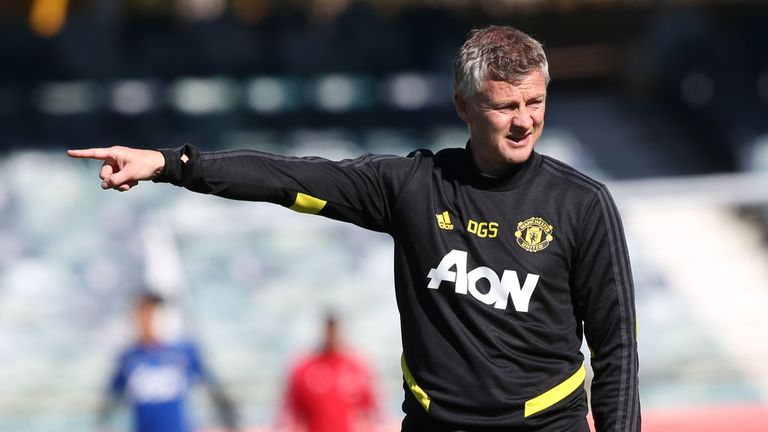 'However, Lukaku's tally of 113 Premier League goals puts him level with Ian Wright inside the top 20, and the feat becomes even more impressive when you consider he only turned 26 in May.

'Last year, the Belgian became the youngest overseas player to reach the 100-mark. Only Michael Owen, Robbie Fowler, Wayne Rooney and Harry Kane have achieved that feat at a younger age. Lukaku has scored more Premier League goals than Alan Shearer at the same age.'