Raheem Sterling wants Liverpool fans to make up chant for him 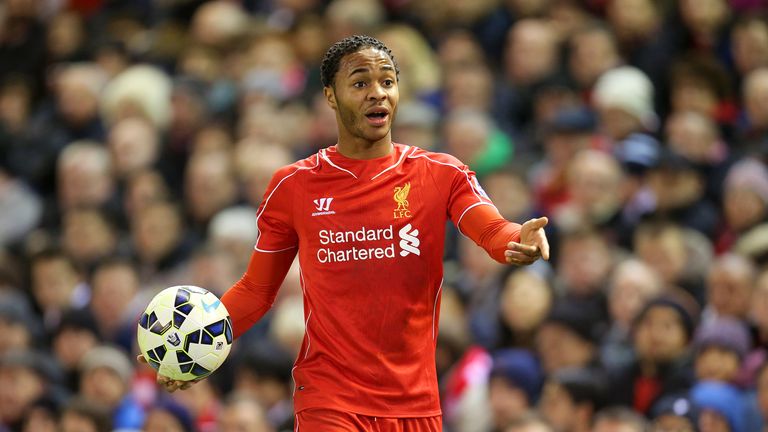 Raheem Sterling: Would love the Kop to make up chant for him

Raheem Sterling has revealed he dreams of having the Kop make up a song for him as questions continue about his long-term Liverpool future.

The England winger recently revealed he would not be talking about a new deal at Anfield until the end of the current season, drawing criticism from fans.

But, in a 'Day In The Life' feature in the Sunday Times Magazine, Sterling admitted he loves having a crowd get firmly behind him as well as his desire for fans in the famous Kop to make up a chant for him.

"Of course, when the crowd is with you, there is nothing better," said Sterling, who has two years left on his current deal.

"My ambition is to have my own song from the Kop.

"Last season I loved the song for Luis Suarez - Steven Gerrard and Philippe Coutinho have good ones too."

The 20-year-old also explained how much in awe of Gerrard, who leaves for the MLS at the end of the season, he was when he joined Liverpool as a teenager.

"I was 15 when I signed to Liverpool's youth team, and I have to admit I was starstruck," he said.

"The first time I saw Stevie I thought he was a fake! I couldn't believe he was real and not a waxwork.

"My debut came when I was 17, against Wigan. I was first out on the pitch and I couldn't wait to get on the ball.

"I did four stepovers and a half-cross, half-shot, and every time I got on the ball I ran at the defenders. It was a good day for me."