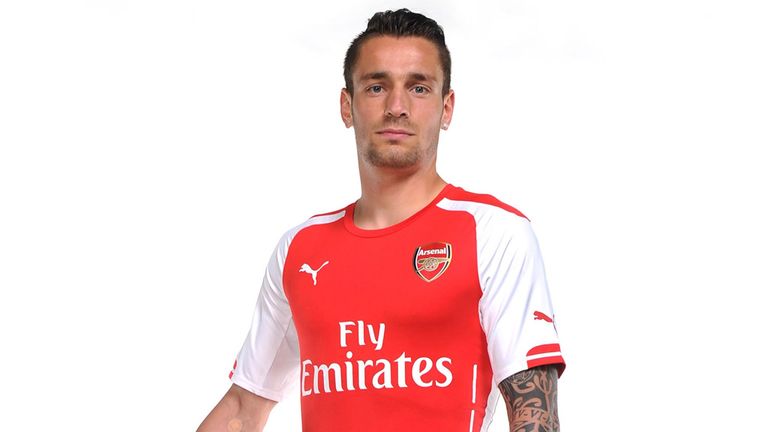 Mathieu Debuchy says he is proud to be joining Arsenal

Arsenal have signed defender Mathieu Debuchy from Newcastle United on a long-term contract for an undisclosed fee, widely believed to be £12million.

Debuchy helped France reach the quarter-finals of the World Cup earlier this month and becomes Arsenal’s second signing of the summer following the arrival of Alexis Sanchez from Barcelona.

The 28-year-old will present a ready-made replacement for right-back Bacary Sagna, who earlier this summer left Arsenal to join Manchester City on a free transfer.

"I'm very proud to be joining a great club like Arsenal and to wear its colours, it's one of the biggest clubs in the whole world,” Debuchy told Arsenal’s website.

"I'm looking forward to working with Arsene Wenger and to helping the team build on last season's FA Cup success. Playing again in the Champions League is a big excitement for me and I will do my best to help Arsenal compete for trophies.

"I know that Arsenal can win titles every year. Winning the FA Cup last season was something magnificent, but I hope that it is just the beginning and that there will be more to come next season.

"There are some really great players in this team. We saw that last season and I think it will be even better this season. I hope there is more silverware to come in the next few years."

"He has shown he can perform at the highest level with his club sides and also for France. He is a quality defender who has good Premier League experience and I'm confident he will fit in very well with us."

"The obvious replacement for Sagna was Debuchy. He knows what to expect and that's of course a huge advantage.

"Debuchy is very good going forward, is very quick in transition. He is sharp in his marking, good with interceptions and quick to go from defence to attack.

"You feel he always has the desire to go forward, so I believe he will be perfectly suited to our style in that aspect."

Debuchy made 46 appearances in his 18 months on Tyneside after signing from Lille, where he won the Ligue 1 and Coupe de France double in 2010-11.

He was named in the Ligue 1 team of the season the following year, having also won the first of his 25 France caps in October 2011 against Albania.