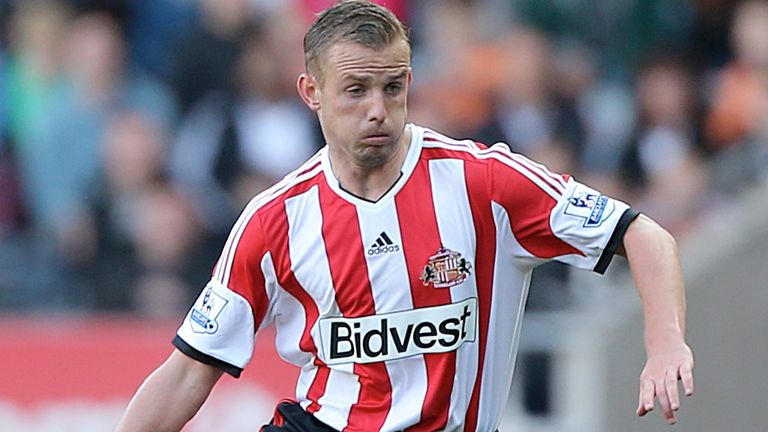 Lee Cattermole: Stoke up their bid for midfielder

Stoke have made an improved offer for Sunderland's Lee Cattermole, according to Sky sources.

Stoke boss Mark Hughes was knocked back in his first bid for the midfielder, but he has gone back with a bigger offer to tempt Sunderland counterpart Gus Poyet.

The Black Cats boss appears to be willing to sell Cattermole after he completed the signing of Liam Bridcutt from Brighton.

Hughes is keen to bring in a defensive midfielder before the transfer window closes, and speculation has emerged that he has tabled a bid in the region of £5m for Cattermole.

The 25-year-old joined Sunderland from Wigan in a £6m deal in August 2009 and has made over 100 appearances for the Black Cats, although he has not scored any goals for the club.

But a move to Stoke would also deny Cattermole the chance to appear in a major final at Wembley, with Sunderland taking on Manchester City in the Capital One Cup showdown next month.

Poyet said: "We cannot confirm anything because nothing is finalised, but talks are still ongoing.

"It's a very, very difficult situation for me as a manager."