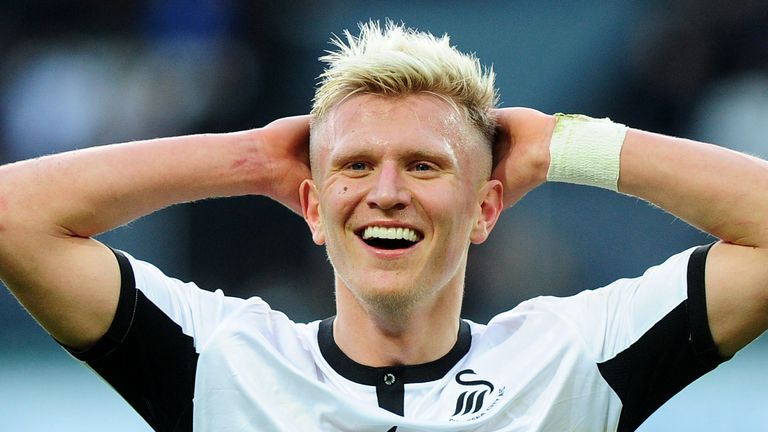 Sam Surridge's loan spell with Swansea is over

Bournemouth have recalled striker Sam Surridge from a successful loan spell at Swansea to bolster their goal-shy squad.

The England U21 international scored seven goals in 23 appearances in all competitions for the Swans, the most recent coming in the middle of December against Middlesbrough.

Surridge has so far only made two appearances for the Cherries, both of those when he came off the bench in Premier League games last season.

Bournemouth boss Eddie Howe revealed in early December that he was considering a recall for Surridge when Josh King went down with an ankle injury, although the Norway international is now back in action.

Midfielder Harry Wilson is their top Premier League scorer with six - a number of those goals have come directly from set-pieces - while strike duo King and Callum Wilson have combined for only eight goals in 35 appearances and Dominic Solanke is goalless in his 17 games.

Surridge's departure is another blow to Steve Cooper's Swansea squad, which has struggled to regain the form it showed in a red-hot August.

Swansea, who topped the Sky Bet Championship table in the early weeks of the season, have slumped to ninth thanks to a run of just two wins in 10 games.