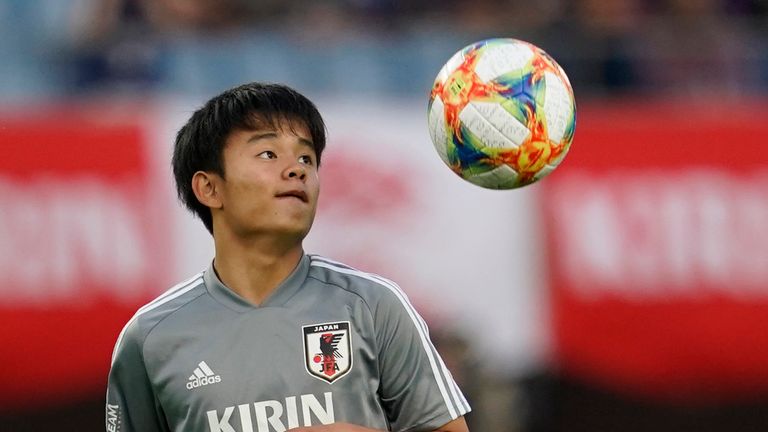 Takefusa Kubo is with the Japan team at the Copa America

Real Madrid have signed Japanese striker Takefusa Kubo, with the Spanish club hailing the 18-year-old as "one of the most promising youngsters in world football".

Kubo, 18, is expected to have signed a five-year contract for an undisclosed fee, and will go straight into Real's B team, Castilla, in the third tier of Spanish football next season.

"A technically gifted and hugely talented attacking midfielder, he possesses wonderful vision, quick feet and has an eye for goal," the club said.

Kubo, who made his Japan debut against El Salvador earlier this month, impressed for table-topping J League side FC Tokyo.

He is currently in Brazil with the rest of the Japan squad preparing for the Copa America, where they are competing as a guest team, which begins later on Friday.

Kubo's arrival in Madrid will not be his first taste of Spanish football, having joined Barcelona's famed La Masia youth academy aged nine. 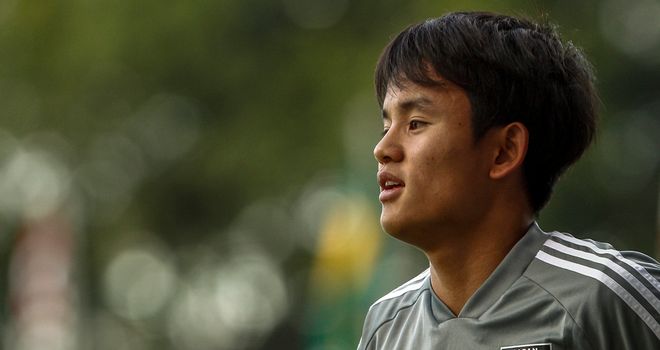 Kubo has been dubbed the 'Japanese Messi'

Nicknamed the 'Japanese Messi', Kubo was earmarked for a future at the Nou Camp but returned to Japan after Barcelona were found guilty of youth transfer breaches and handed a 14-month transfer ban by FIFA.