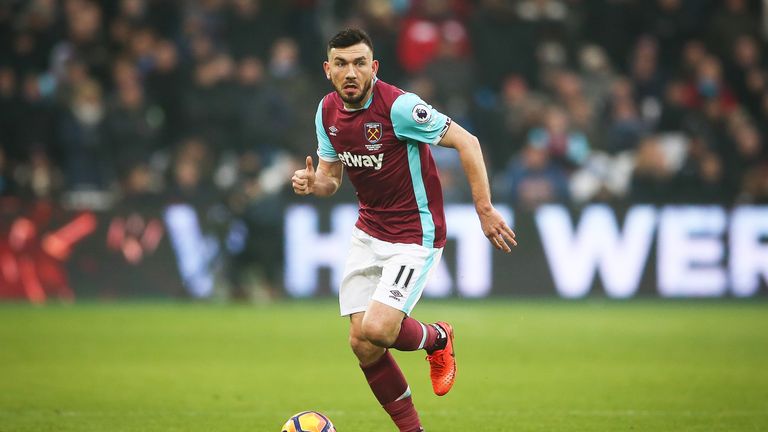 Robert Snodgrass is to have a medical at Aston Villa ahead of a planned season-long loan move from West Ham, according to Sky sources.

Sunderland and Birmingham were also interested in signing the Scotland international but Villa are now on the verge of securing his services.

And we understand the Championship side have an option to buy the 29-year-old at the end of the loan spell.

Villa boss Steve Bruce is very familiar with Snodgrass, the pair having worked together when Bruce was in charge of Hull.

West Ham only signed Snodgrass from the Tigers for £7.5m last January but he has now been deemed surplus tio requirements by the London side.

if Villa sign Snodgrass, the deal could open the door for fellow Championship side Sunderland to sign forward Ross McCormack on loan from Villa.