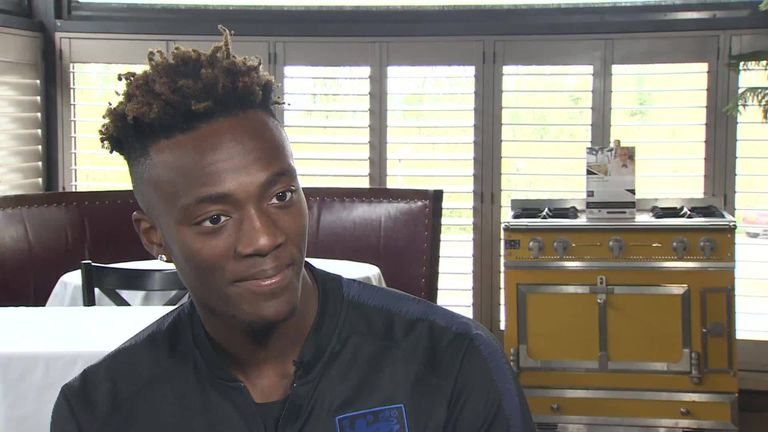 Tammy Abraham believes he has the ability to play for Chelsea and wants to return to the club after his loan at Aston Villa.

The 21-year-old has scored 21 goals for Sky Bet Championship side Villa, having seen another potential loan switch to Wolves break down in January.

Abraham has already had further loans at Bristol City and Swansea, but aims to challenge for the Chelsea first-team after helping Villa earn promotion back to the Premier League.

"That's the aim going into next season," Abraham told Sky Sports News. "As a young kid, I've always believed I will play for Chelsea. I always believe that.

"I think I have the ability to. I just have to, when I get the opportunity, grab it with two hands."

The England Under-21 forward has seen his Chelsea team-mate Callum Hudson-Odoi, who Abraham describes as "like a little brother", dominate headlines this season after being the subject of bids from Bayern Munich.

"He’s always been like a little brother to me."

Hudson-Odoi, 18, is yet to start a Premier League match for Chelsea but was called up to England's senior squad for their opening European Qualifiers this week by Gareth Southgate.

"He was always coming into my house, we didn't really play together because he was a bit too young but he was my brother's age," said Abraham. "They're good mates.

"Watching him grow up to where he is now, he's done very well. He's more than deserved this call up, I'm very happy for him.

"Ever since a young age, he's been unbelievable. Now he's actually doing it in men's football for the world to see. It's heart-warming. I just hope he continues that and carries on building."