Ruben Loftus-Cheek says he has 'no reason' to leave Chelsea

Loftus-Cheek also opens up on career-long back injuries Ruben Loftus-Cheek jokes that he wants a pay rise at Chelsea when he's asked if he will stay at the club this summer.

Ruben Loftus-Cheek believes there is "no reason" for him to leave Chelsea but admits he will leave contract-extension talks to his agent.

The 23-year-old has scored nine goals this term and is confident he can put a long-term back problem behind him to reach his full potential.

Loftus-Cheek has two years to run on his contract, but Chelsea are keen to tie the midfielder down to longer terms at Stamford Bridge.

"I'm not sure (over new contract)," he said. "I let my agent deal with it. I'm not thinking about that right now.

"It's important for me to focus on the here and now, and I'm playing right now. It's looking good so there's no reason why I should think about leaving Chelsea."

When told he deserves a pay rise, Loftus-Cheek laughed and added: "There's no reason for me to leave. If I get a pay rise, that'll be great."

Loftus-Cheek could play a pivotal role in Chelsea's Europa League semi-final second leg against Eintracht Frankfurt at Stamford Bridge on Thursday, with the Blues securing a 1-1 away draw in the first meeting.

N'Golo Kante will miss out due to a hamstring issue and faces a battle for fitness if Chelsea progress to the Europa League final in Baku on May 29.

Loftus-Cheek has suffered with a back injury, an issue which Chelsea head coach Maurizio Sarri admitted the midfielder could battle for the rest of his career. "But over the years learning about my body with the physios, we've come up with a routine to keep it at bay. We're working a lot.

"I don't think it's something I'll have to suffer for the rest of my career. I'm feeling really good now, the best I've felt. I've not had a twinge in my back for weeks now. It's looking really good. 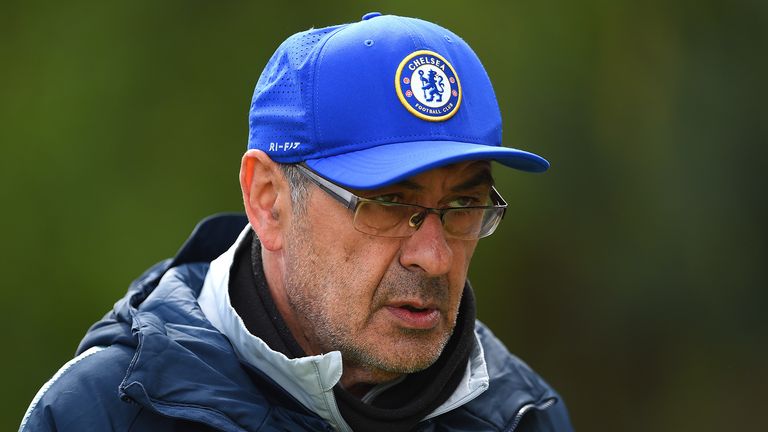 "Playing the most games I've played this season, playing every three days, it's something I've never done before.

"It's important I get the right rest so my back's OK. So I might not do a whole training session two days after a game. I might just do half of it. I taper it that way.

"It's a good feeling to be seen as an important player for the team, to help the team win games. I think it's something I've never felt in my career.

"I've always been on the bench. At Palace, I felt like an important player, that I could help the team win games and be one of the main men in the team.

"Hopefully with more games and experience, I can be that player for Chelsea, too."